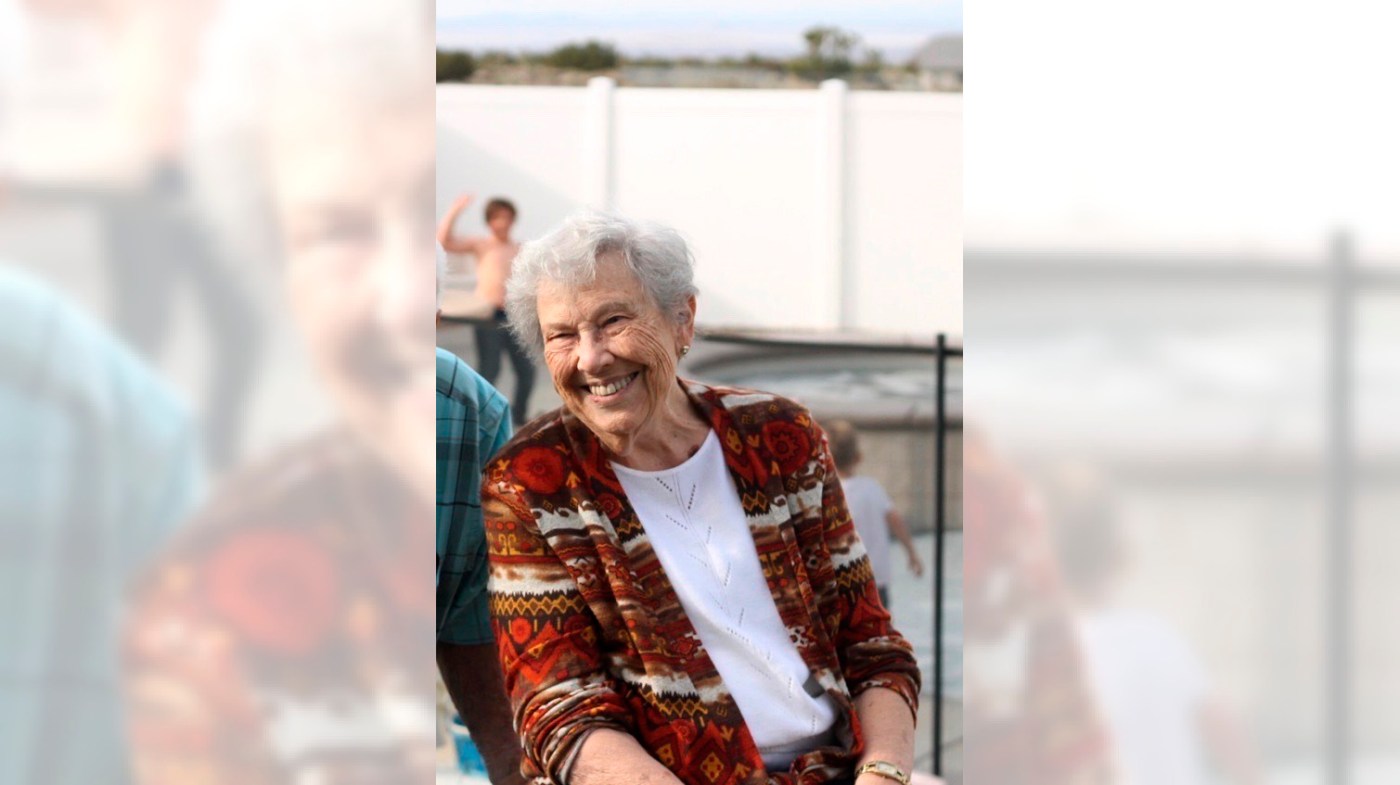 Twenty-two years before the Sandalwood fire roared through the Villa Calimesa Mobile Home Park, leveling most of the homes and killing two people, another disaster struck the park.

A 377-acre fire in June 1997 destroyed nine mobile homes. The stress of the evacuation may have contributed to the death of one resident, the coroner said: 77-year-old Tempest Arvickson.

Her husband, Fred, eventually remarried a neighbor, Lois. Fred died himself about a decade ago.

And on Thursday, 89-year-old Lois Arvickson died as well, unable to escape her Villa Calimesa home as it was consumed by the Sandalwood fire.

“So it’s just heartbreaking to have this happen,” longtime friend Janette Bonelli said of the dual tragedies in the Arvickson household.

Arvickson had called her son, Don Turner, to say she was evacuating shortly after the fire broke out, he told The Associated Press on Thursday.

Bonelli’s son, Vance Wooten, was helping another neighbor who uses an oxygen tank when Lois Arvickson asked for help getting her car out of the garage. Wooten put the first woman into his car while Arvickson went back inside.

When he tried to go back for her, “the whole garage was engulfed,” Wooten said.

There was no way to save her. As Wooten fled with the other neighbor, they were driving through flames, Bonelli said.

Turner, meanwhile, knew that one of his mother’s neighbors had seen her in the garage, and then had seen the garage on fire, but didn’t know if she might have managed to escape. He spent Thursday checking hospitals.

On Saturday, though, authorities publicly identified Arvickson as one of two victims of the fire, which started Thursday afternoon when a CR&R trash crew dumped a load containing burning garbage near Sandalwood Drive and Seventh Street. Fanned by Santa Ana winds, the fire grew to 823 acres as it swept through the Villa Calimesa Mobile Home Park.

The other victim, whose remains were found Friday evening during a search of the park, has not been identified.

Fixture of the neighborhood

Bonelli said Arvickson was delightful and helpful — “Not a mean bone in her body.”

She had a home library that she loved to loan out to neighbors.

Bonelli said she, Arvickson and Arvickson’s first husband had been among the first residents of Villa Calimesa, living on a cul-de-sac that’s nicknamed “the banjo.”

After Tempest Arvickson died, Bonelli said, Fred — the neighborhood’s go-to handyman — built sprinklers into his fence. She had no idea if they were still there or worked.

While residents haven’t been allowed back into the mobile home park, they fear that almost all of the roughly 90 units were damaged or destroyed, Bonelli said. Fire officials have said that the fire destroyed 76 structures and caused minor to moderate damage to 14 more. Cal Fire spokeswoman Cathey Mattingly said Saturday that she didn’t know whether anything was unscathed.

Bonelli — who was at work when the fire hit, and has been staying with family in Apple Valley since then — does know that the house she and her son lived in burned down.

But despite losing both her home and her friend, she has every intention of returning to the place she’s called home for the past four decades.

Under normal conditions, she said, the park is a serene and quiet place with beautiful views of the mountains and canyons. Nestled into the foothills that separate Calimesa and Moreno Valley, it’s the last bit of development on the edge of the wilderness.

“My family has been in that park for 40 years so I want to know how I can hold on to that spot,” Bonelli said. “… I raised five kids there and have nine grandchildren. That’s Grandma’s place.”

The Associated Press and staff writer Brian Rokos contributed to this report.