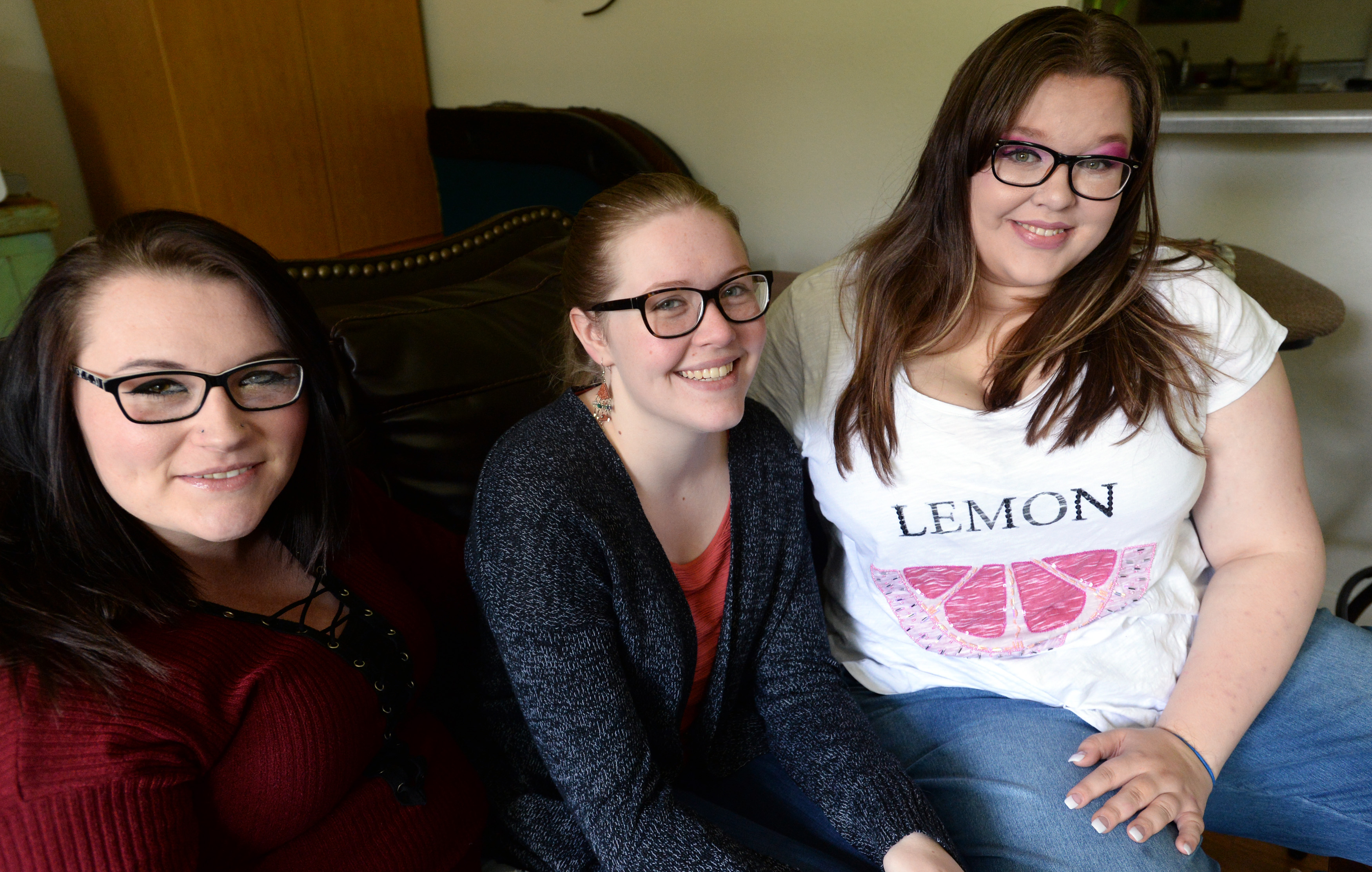 Kat Culpepper attended a different high school each year after the state removed her from the care of her biological parents.

She moved between a high school in Eaton, where she was placed in a group home, and Skyline High in Longmont, where she was staying with grandparents. Finally she landed at Lafayette’s Centuarus High School, graduating in May, a full year early, at 17.

“I didn’t find any permanency,” she said. “My solution was to graduate early. Now that I have my diploma, I’m independent.”

Graduating, she said, was her ticket out of the foster care system. She’s currently living with her biological mom in Lafayette and, after winning a $20,000 scholarship to the University of Colorado Boulder, is deferring her admittance by a year.

“I’m going to go to therapy first and get myself right,” she said, noting she can struggle with maintaining permanency after switching schools and living situations so many times.

Still, she said, school was her safe place. Outgoing and funny, she always found a community — and other foster kids — in school theater and music programs.

By graduating early, she more than beat what in Colorado are dismal odds for kids in foster care. The on-time, four-year graduation rate for students in foster care in the class of 2017 was 30%, with the odds of graduating with their class decreasing significantly with each school move.

And now that she’s graduated, she’s found both financial help for college and a community through Realities for Children Boulder County.

Her “Be Bright” award is $20,000 toward a four-year degree at CU Boulder, plus the opportunity to participate in the university’s Guardian Scholars program. Other awards include a $2,000 Triumph scholarship that can be used at any college and a new, $3,000 Perseverance scholarship that students can apply for once they’re in college.

Along with scholarships for students who were in the foster case system, the Hero Awards recognize local professionals and businesses. This year, awards went to state Rep. Jonathan Singer, a Longmont Democrat; Megan Bruce, a senior case manager at Attention Homes; and Chill Digital Marketing.

The Hero Awards were started in 2005 by several people working to assist Boulder County’s most vulnerable young people. One of the founders, Eric Schulz, went on to start the nonprofit Realities for Children Boulder County, which now hosts the awards.

Schulz, who saw gaps in the system as a caseworker, used a model developed in Fort Collins, where businesses pay annual membership fees that support the organization’s operational costs. That allows all the donor dollars to go directly to scholarships, housing and programs. The main services provided by Realities for Children are scholarships, an independent-transitional living program and an emergency fund.

Jayneanne Tuttle, Realities for Children’s community relations director and a previous scholarship recipient who graduated from CU in 2017, said the nonprofit also is adding community dinners, life skills classes and other supports with a goal of creating community.

Previous scholarship recipients include Emily Murray, who is on track to to graduate from CU Boulder in December with degrees in psychology and Spanish. She’s used five scholarships to cover tuition costs.

She entered foster care at 14 after living in an abusive home and left care at 19, when she was on an independent living plan that included a monthly stipend and no good options to pay for college. That’s when she applied for a Together We Rise scholarship, a $90,000 college scholarship awarded to just 10 students each year.

Finding out she won the scholarship, after an application process that included interviews in California with donors, “was the best day of my life so far.”

“I love school, and I’m very good at it,” she said. “I always knew I wanted to go to college, and I wanted to stay in Colorado. As few resources as I have, they’re here.”

Those resources include a family who took her in while she was still in high school after she was removed from a home, along with other foster teens, because they weren’t being allowed to eat. She was depressed and suicidal, she said, and had been labeled a problem child for alerting officials to the issues. With no other foster families in Arvada willing to accept her, she was prepared to enroll in her third high school.

But then a physics teacher at her high school found out about her situation and became a licensed foster care parent, giving her a home so she could stay. Her teacher and his family still provide support, she said.

“Most foster kids don’t have that,” she said. “I don’t know where I would be without that.”

For most young people who become emancipated, aging out of the foster care system without being adopted, reunified with a biological family member or finding a permanent guardian, there’s little support as they figure out how to establish adult lives. Those who didn’t graduate from high school are at especially high risk of homelessness or incarceration.

After she graduates, Murray is planning to apply to law school. Her goal is family law, specializing in working with adoption and foster care.

“I didn’t have anywhere to complain when things went wrong,” she said. “If you aren’t in immediate danger, you’re on the back burner. It’s really hard to go through the things we’ve been through and not want to make it better. That’s something I can’t turn my back on.”

“There’s not enough support,” she said. “There aren’t enough people. More everything is needed.”

“Being surrounded by bad choices, school became a safe place,” she said. “I decided to immerse myself in education and do as much extracurricular stuff as I could so I could spend more time at school.”

But when she left the foster care system, she said, she had no plans for college.

Her case worker told her about the scholarship, and after applying she received an 8 a.m. phone call asking her how she would feel about going to college for free.

“It’s the best call I’ve ever gotten in my life,” she said.

Along with improving a system that too often fails the most vulnerable children, all three said they also want to change the stereotypes people have about foster kids. Foster kids all have their own unique experiences and stories, they said.

“We have a more unique background, but we’re just like everybody else,” Hunt said.