Sean Winter Slides into 2019 GPI Player of the Year Lead


Following his impressive title in the Seminole Hard Rock Poker Open Championship event, Sean Winter is now the 2019 GPI Player of the Year leader. The talented high roller earned $698,175, bringing his career totals up to $13.6 million. 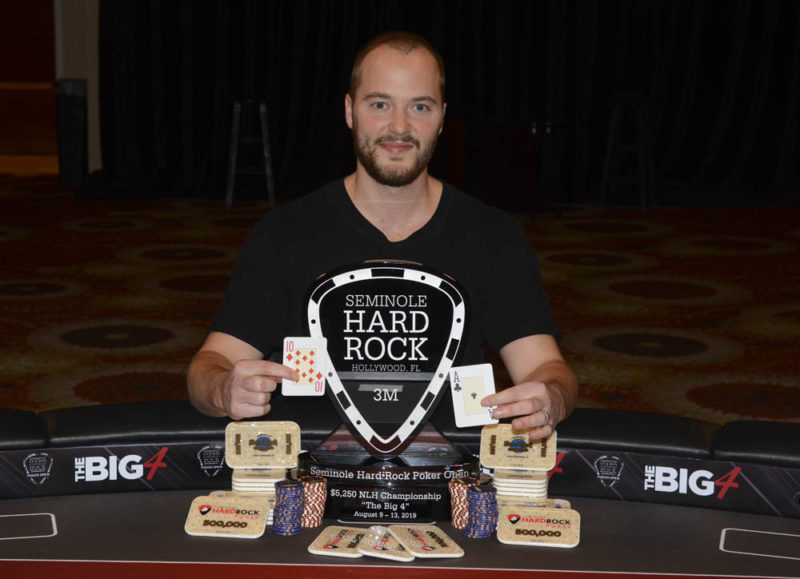 Sean Winter is quietly one of the best poker players in the world. (Image: seminolehardrockpokeropen.com)

Winter’s lead, however, is far from safe with less than five months remaining in the year. With some talented pros such as Stephen Chidwick breathing down his neck, he’ll need to continue his winning ways to hold onto that top spot. But given the fact he’s one of the best in the world, he’s certainly capable of doing so.

Sean Winter Having a Big Year

Sean Winter tore it up on the poker tournament circuit in 2018, cashing for over $5 million. That includes a runner-up finish in the $250,000 Partypoker Caribbean Poker Party Super High Championship for $2,430,000, the biggest score of his career.

He’s proven in 2019 that last year was no fluke. Winter battled Stephen Chidwick in February for the US Poker Open series championship before David Peters, winner of the $100,000 Main Event, somehow snatched the title away from them both. But Winter had an incredible series, cashing in five of the 10 events, including first place in a $10,000 no-limit hold’em event for $151,200.

Less than seven months later, earlier this month, he shipped the $5,250 buy-in Seminole Hard Rock Poker Open Championship – the main event of the series – for $698,175. He beat out a tough field of 809 players in the $3 million guaranteed tournament.

That victory was worth 561.74 GPI Player of the Year points, enough to put him in the lead…barely.

It’s not too early to start discussing the GPI POY race, although it’s a bit early to project a winner. Winter has his work cut out for him if he expects to hold onto his lead. The race is likely to come down to the final week of the year.

2019 GPI Player of the Year Standings

Last year’s winner, Alex Foxen, is also within striking distance in eighth place (2,883.81). The GPI POY race will heat up even further following the inaugural British Poker Open in September. You can expect to see many of the top high rollers, and likely most of the players competing for POY, in London for that high roller series.