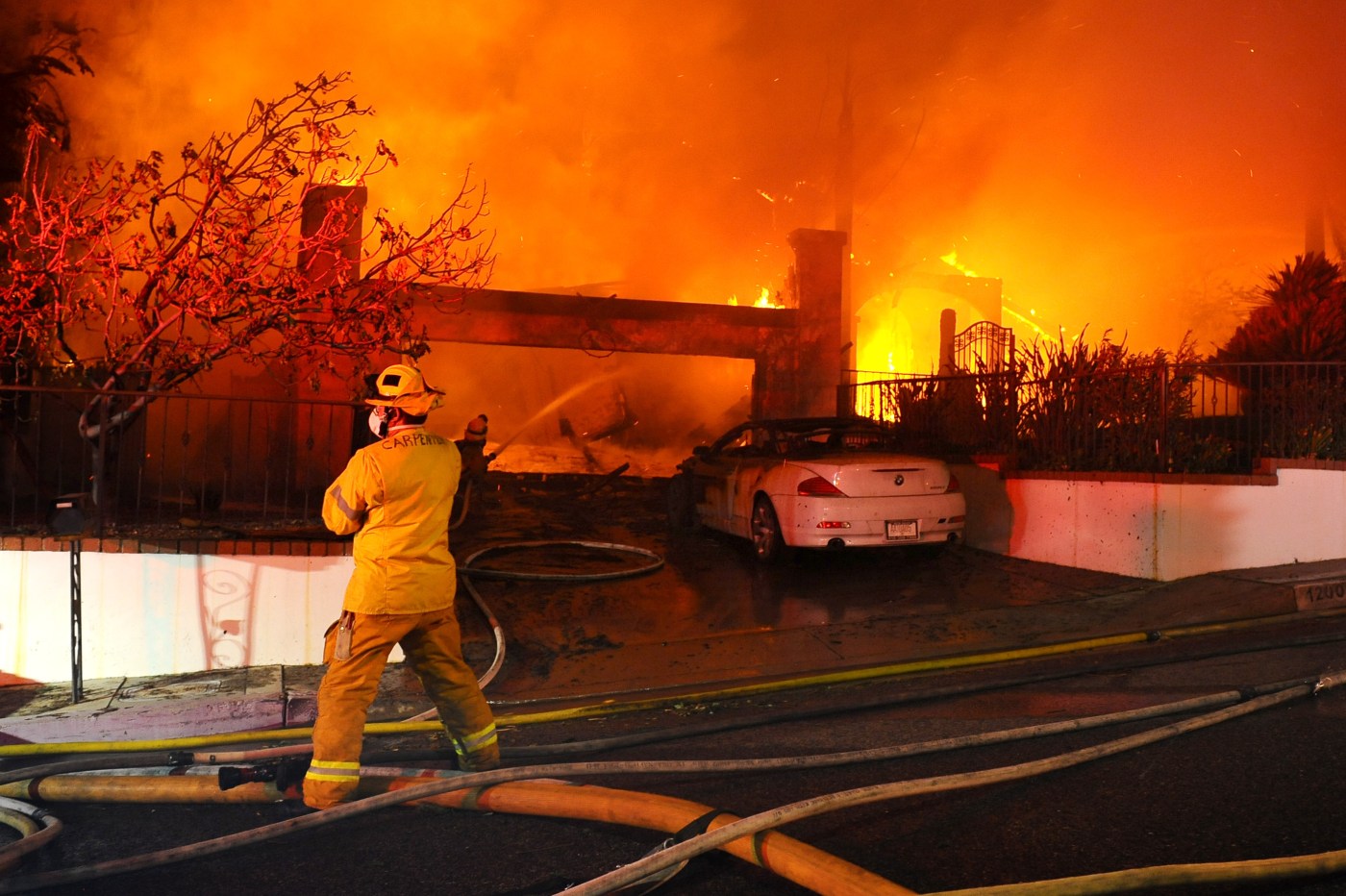 That means increased potential for more blazes like the Saddleridge fire of recent days.

“The grasses die off, add to available fuel and you can have devastating wildfires because of it,” said Capt. Larry Kurtz of the Orange County Fire Authority,

But he agreed it sets the stage for more dramatic blazes.

“After heavy rains, there’s a lot of moisture stored in the brush,” he said. “It gives the brush resistance to fire. But as it dries out, it makes the fire risk greater because there’s more of it.

“So once the fire season starts, it can be more intense.”

Adding to the threat is more and more people living near high-risk fire areas, Kurtz said.

At the same time, firefighting technology has improved the ability to contain and douse blazes, he said. Drones and aircraft help identify and locate fires, airdrops help put them out and computer modeling helps map out likely direction and speed of spreading flames.

Judging from electric companies’ recent decisions to turn off power in high fire risk areas during Santa Ana winds, there’s an increased concern that electrical transmission lines are a key cause of wildfires.

The past year’s blazes may have contributed to that.

The California Department of Forestry and Fire Protection found that Pacific Gas & Electric transmission lines started the Camp fire, which claimed 85 lives and nearly 19,000 structures in Northern California last year. The company has acknowledged its equipment may have been responsible for 10 much smaller wildfires this year.

As the dry Santa Ana winds began blowing Wednesday in northern and central California, PG&E shut off power to hundreds of thousands of customers there. Meanwhile, Southern California Edison shut down power to more than 20,000 customers Thursday as a precautionary measure.

That’s in addition to power shut off by Edison last month to some 15,000 customers in Riverside, Santa Barbara and Mono counties as a precaution, according to Edison spokeswoman Sally Jeun. By comparison, 2018 saw such shutdowns just “a handful of times” affecting 150 customers, she said.

Jeun declined to comment on whether the company was pulling the plug more quickly this year because of fire risk.

While National Weather Service can predict how wet a region is like to be months ahead of time, Santa Ana winds offer far fewer advance clues, according to NWS meteorologist Samantha Connolly.

“Long range, it’s not really predictable,” Connolly said of the Santa Ana. “But we can get an idea about a week ahead of time of whether we’re going to have one.”

Those predictions show up on the NWS Storm Prediction Center page online. After Saturday, the page shows no California areas at critical risk for wildfires for the following seven days.

As for rain, predictions are for average to slightly less than average showers this winter.