Suspect in Boulder hostage situation set for trial in 2020 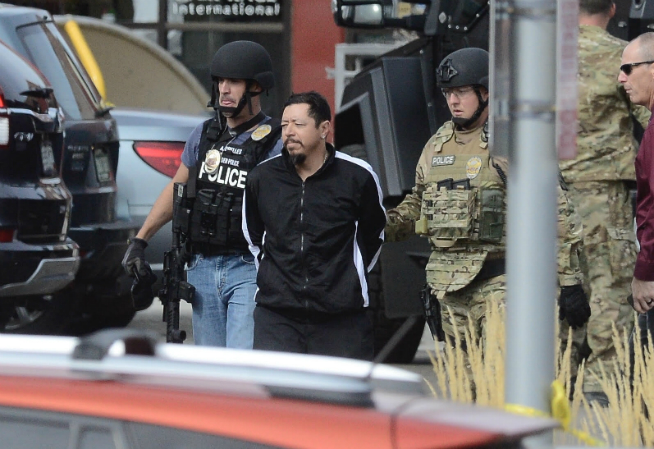 The man accused of holding a woman hostage at gunpoint in a south Boulder shopping complex in 2018 is set for trial next spring.

Fidel Jaramillo, 46, pleaded not guilty Wednesday in Boulder District Court to charges of second-degree kidnapping, felony menacing, possession of a weapon by a previous offender and third-degree assault.

He is now set for trial beginning on Feb. 18, 2020, according to Boulder County District Attorney spokeswoman Shannon Carbone. Carbone said Jaramillo raised impaired mental condition as a defense, and will undergo a mental health evaluation prior to his trial.

Jaramillo, who is out of custody, has a status conference on Sept. 18 to check on the evaluation, and then has a motions hearing on Jan. 13, 2020.

Jaramillo was arrested Oct. 24, 2018, after a nearly three-hour standoff with police at the Table Mesa Shopping Center in south Boulder. Police said an armed Jaramillo went into Hair Rage International, 633 S. Broadway, and took a woman hostage inside the hair salon.

Jaramillo eventually surrendered to police without incident, and the woman inside was not injured. Police believe the incident was domestic in nature.

Neighboring businesses were asked to evacuate and two nearby schools were placed on lockout during the incident.

Because he has a prior felony, Jaramillo was not permitted to have a weapon.

According to court records, Jaramillo was arrested by Lakewood police in 2014 on suspicion of second-degree assault with a deadly weapon and illegal weapon possession. He pleaded guilty to felony menacing and received two years of probation.