A Redditor recently complained about pending transactions on the blockchain by stating that the pending period was past 10 hours and at press time, all the fingers were pointed toward Tether for network congestion.

As reported earlier, Ethereum’s blockchain was suffering from a case of network saturation. The blocks were adding up and Vitalik Buterin said that it could result in higher transaction fees and hike the affordability factor for some of the users.

According to reports Tether was currently occupying 50 percent of ETH’s network, as over $18 billion in unfiltered trading volumes were handled by USDT. ETH accumulated for only $6 billion worth of trading volume. 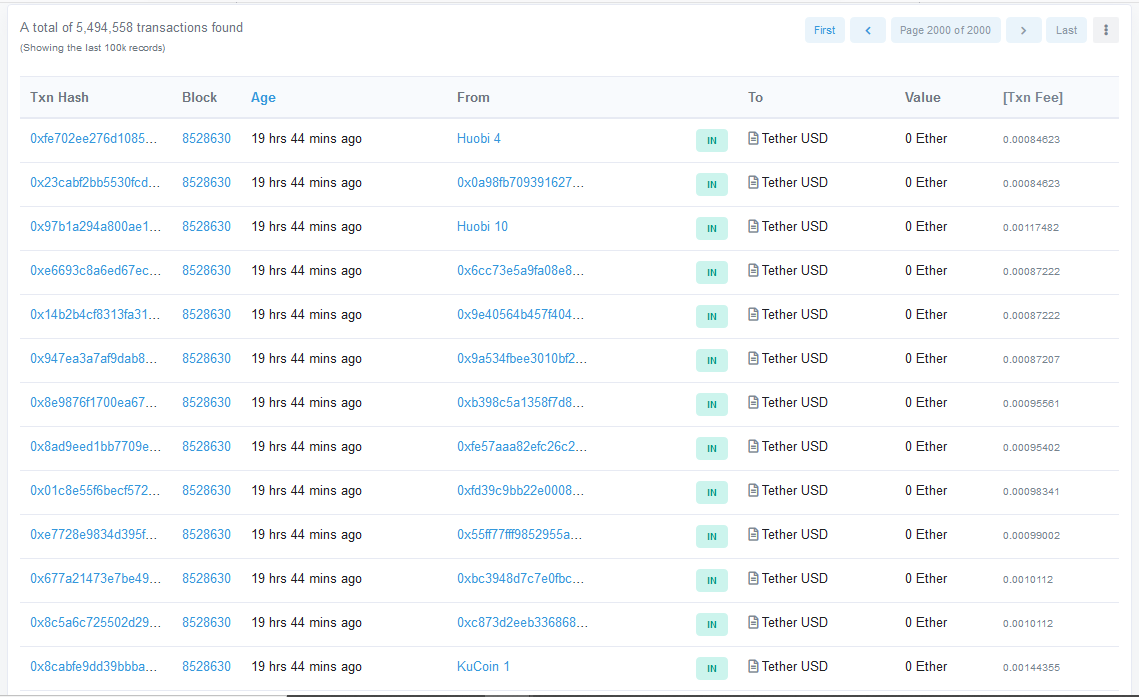 Data from etherscan.io also indicated that Tether had facilitated over 100,000 on-chain transactions over the past-24 hours. More than 5.4 million transactions took in the same period of time, but only the 100,000 were accessible, which were all linked to Tether.

Statistics from ethgasstation.info were also dominated by Tether, as the stablecoin had processed transactions worth over $417,000 in the past 30 days. The dominance of Tether on the network was indirectly impacting developers, as they had lesser space to access the network.

The transition of USDT from BTC-backed Omni layer to ETH’s network picked up pace in July after Binance announced they would only accept ERC-20 USDT and not Omni backed USDT.

Jameson Lopp, CTO at CasaHODL, also opined on the matter and stated,