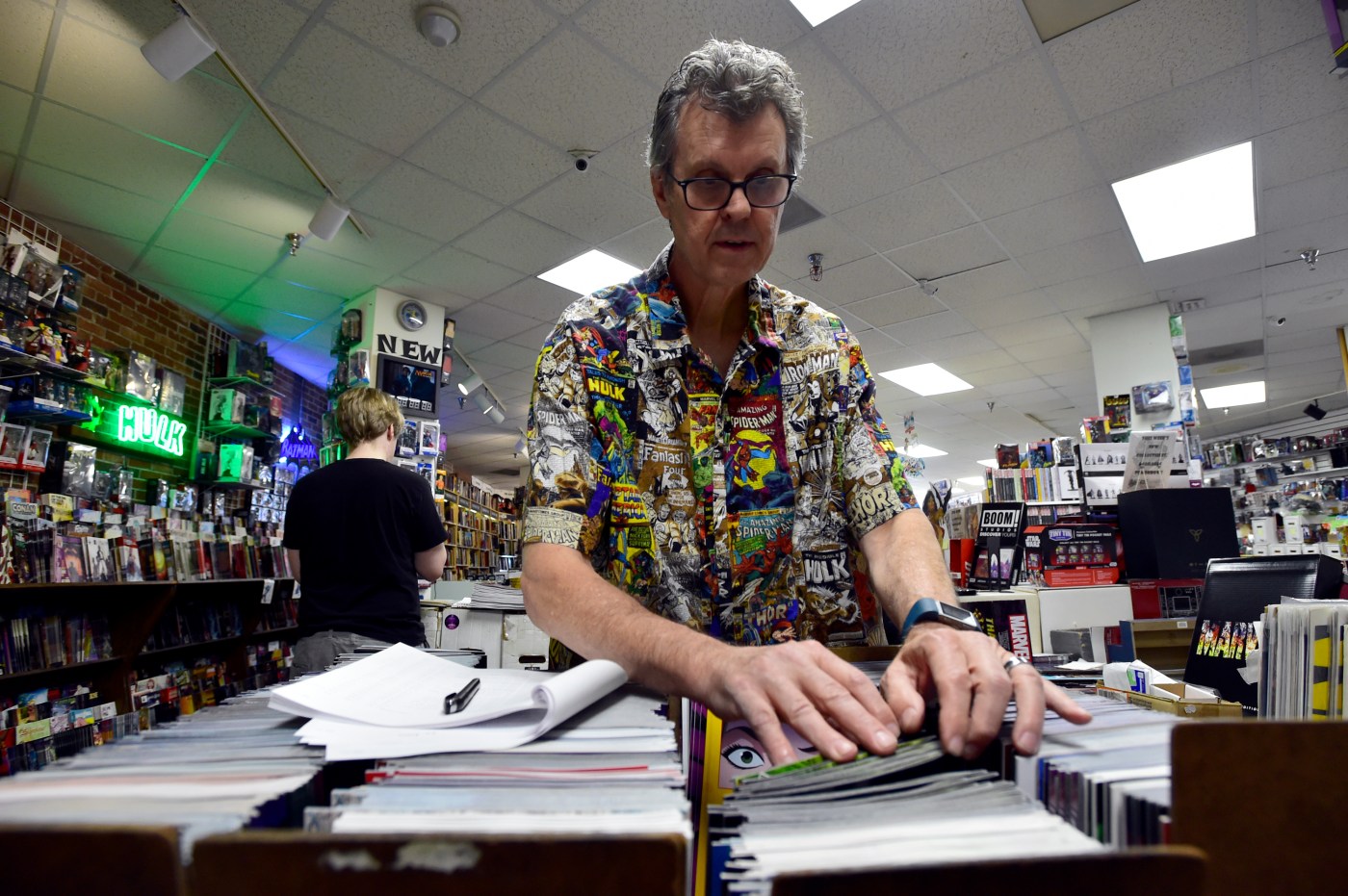 Comic books have been a staple in American society since the 1930s whose popularity hasn’t faded in the ensuing decades. And while Time Warp Comics and Games hasn’t been around quite that long, it has been a staple for Boulder comic book lovers for 35 years.

Not bad considering that in September 1984 when Wayne Winsett bought the store, he was told it was a bad idea.

“I had to make a decision on what I wanted to do the rest of my life and I loved comics,” Winsett said. “I thought I would give it a try and see what happens.”

In honor of that three-plus-decade labor of love, the store this month will hold artist and author signings, as well as sales. It also its annual 24-Hour Comic Book Day starting on Oct. 5 and ending on Oct. 6. The event includes eight creators who are put to work at the store to create a comic book in 24 hours. This year’s artists are Kevin Caron, Sean Tiffany, Tom Studholme, Ted Intorcio, Hamza Pecenkovic and Sydney Studholme. The store will be open for the 24 hours and offer different sales every few hours.

Originally on Pearl Street, the store has relocated a number of times over the years, but it has never lost its following or its respect in comic book circles. Time Warp Comics has been a finalist for the Will Eisner Spirit of Comics Retailer award in 1988, 2014, and 2016. The award is named for industry icon Eisner and given annually by Comic-Con International.

Winsett works the front counter of the store most days and has seen the shifts of comic book culture firsthand. In the past 20 or so years, the store started selling fewer science fiction novels, increased video games sales, and gained new clientele, including younger fans.

Events have been a principal concept for Time Warp Comics. As have author signings, which have been happening throughout the store’s 35 years. Among those who have visited Boulder to sign their works was Stan Lee, the comic book icon who started in the business as a teenager and co-created such characters as Spider-Man, the X-Men, Thor and Hulk, according to bio information on Mavel.com.

William Kuskin, an English professor at the University of Colorado Boulder, visits Time Warp often. He said was impressed with the store when he first stepped through the doors in 2006. Since then, he has become close friends with Winsett, who assisted him in teaching a lecture on comics.

Associate professor J. Richard Stevens specializes in media studies at CU Boulder and teaches “First Year Seminar: Comic Books and Public Pedagogy.” Growing up with comic books, he was aware of the impact they had on his awareness of the world. Stevens knew analyzing comic books would be beneficial for first-year CU students.

“There’s something very American about comic books, the medium, the forms, the characters, that’s made it over the years a good way to see what’s historically been considered. American values, our history in this popular space, how people think and struggle,” Stevens said.

Kuskin said he appreciates Winsett’s commitment to Time Warp and all that comics represent for both fans and artists.

“I think Wayne’s ability to understand that this is deeper than just fan culture, that it really is about the capacity of the human imagination, that is unique. And that always holds me to Wayne. He gets that it’s an artistic mode, not just a fan mode,” Kuskin said.

For Winsett, 35 years at the helm of Time Warp have been more of a joy than a labor.

“I get to do what I love. It’s not really work if you’re doing something you love and are passionate about,” he said.