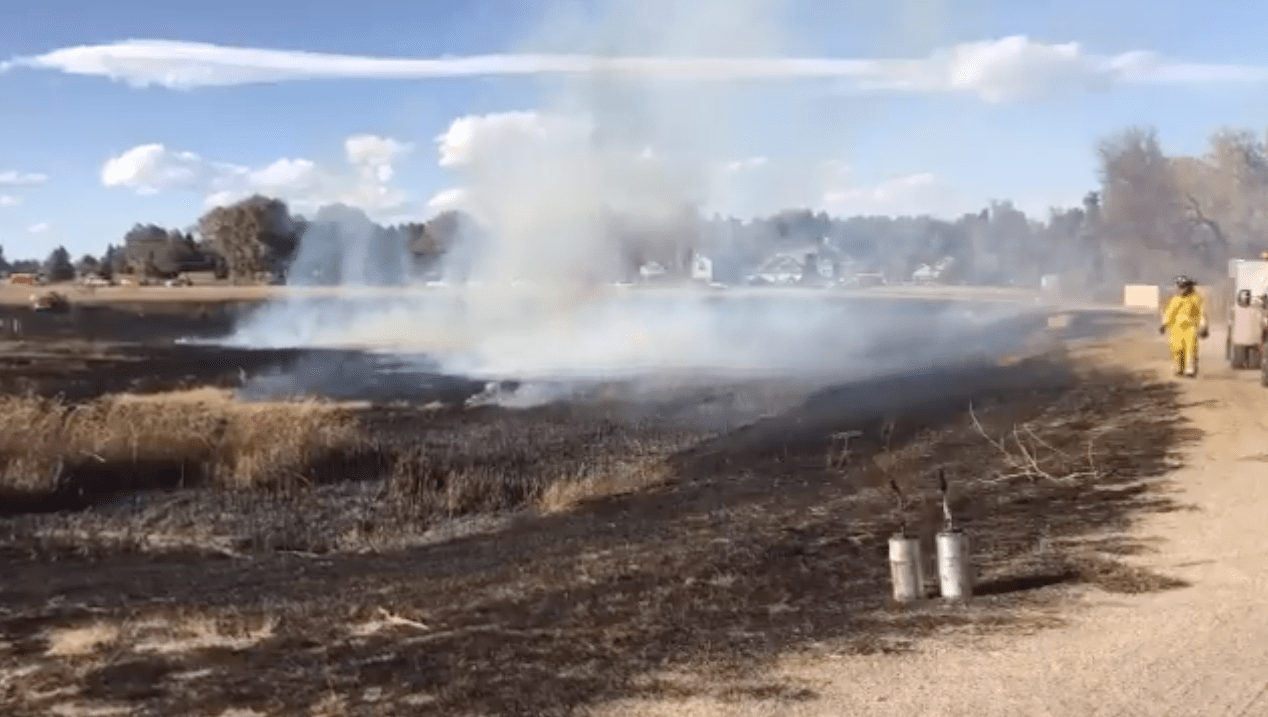 Three juveniles have been questioned about a grass fire in Broomfield on Monday afternoon that produced a large plume of smoke close to residential properties in the area.

The grass fire quickly spread through The Field Open Space, off of 10th Avenue and east of Main Street, and near Ellie’s Pond, according to North Metro Fire Rescue District.

The grass fire in Broomfield is out with the exception of some smaller hot spots, which crews will monitor. pic.twitter.com/EnxnstiwCe

Firefighters reacted and worked quickly to contain the fire, which didn’t threaten any structures. There were no injuries. The popular open space area has hiking and cycling trails and supports birds and wildlife.

At about 8:30 p.m., firefighters and police confirmed that three juveniles were interviewed as “persons of interest” in connection with the fire. An investigation is ongoing.