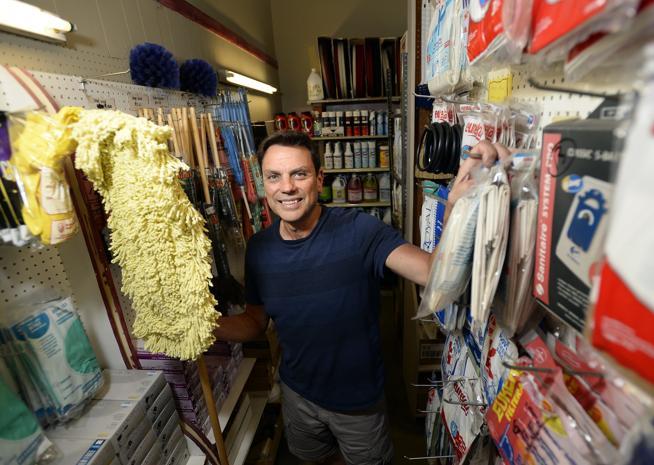 Pearl Street Mall will lose one of it’s oldest businesses Oct. 1, after the sale of another building in the downtown area.

Top Hat Supply, the janitorial supply company, will be moving locations after more than 50 years on Pearl Street. Joe Sciacca inherited the business from his father, who founded it in 1965. He said he decided it was time to move locations after the building was sold and fears of rent hikes came with the new owners. The sale will be finalized in February.

“We felt like it was better to move now during the summer, since it’s an easier time to move,” Sciacca said. “We don’t want to wait around to see what could happen with rent.”

Worries about rising rent prices along Pearl Street are nothing new. Sciacca said some businesses can stick around and shoulder the higher rents, while others have packed up shop to relocate or close. With Boulder expanding as a city, developers have moved in to replace storefronts with condominiums or mixed-use projects. Sciacca said he was told by his property manager the new owners will likely do the same to his old building.

“It’s really changing down here and I’m sad we have to go,” Sciacca said.

Top Hat’s neighbor, Jon Mullen, is in the process of signing another lease on the mall. He moved his gallery into the building in March on a short-term lease, knowing it would soon be sold.

Mullen said downtown grieves a little every time an institution like Top Hat moves out.

“It loses its uniqueness and individuality and the things that make it Boulder,” he said.

Over the last five years, about 100 businesses have left or closed throughout the downtown district, according to Downtown Boulder Partnership CEO Chip. While it may appear to some that Pearl Street is losing its eccentricity when companies shut their doors, Chip said the area is successful because of the mix of old and new. In that same five- year period, 130 businesses have opened.

“Downtown continues to evolve in many ways,” Chip said. “As the success of Pearl Street expands in different directions, we’re seeing more great shops and restaurants on the east end, for example.”

Despite the common closure alerts coming from downtown, retail vacancy is only at 5%, with 75% of the companies locally owned, Chip said.

For Sciacca, the relocation offers an exciting opportunity for his business.

Top Hat is moving into a much larger warehouse space at 6440 Odell Place, which is more compatible with its operations. Sciacca said 85% of Top Hat’s business is delivery to places like hospitals and Chautauqua, and the company needed the ability to more easily load the trucks. This does, however, mean Top Hat will lose the kind of walk-up storefront it now enjoys on Pearl Street.

Sciacca said he’s a little nervous about the move and hopes that everything turns out. But most importantly, he wants to make clear that he’s not upset about being pushed out.

“I’m not really bitter about it at all. I’ve been lucky, I’ve been really fortunate to be here this long for the kind of business I have here,” Sciacca said. “Times change and it’s sad to see all these other businesses who’ve left and Pearl Street go. But I’m not angry or mad. I just figured it’s the way it is.”