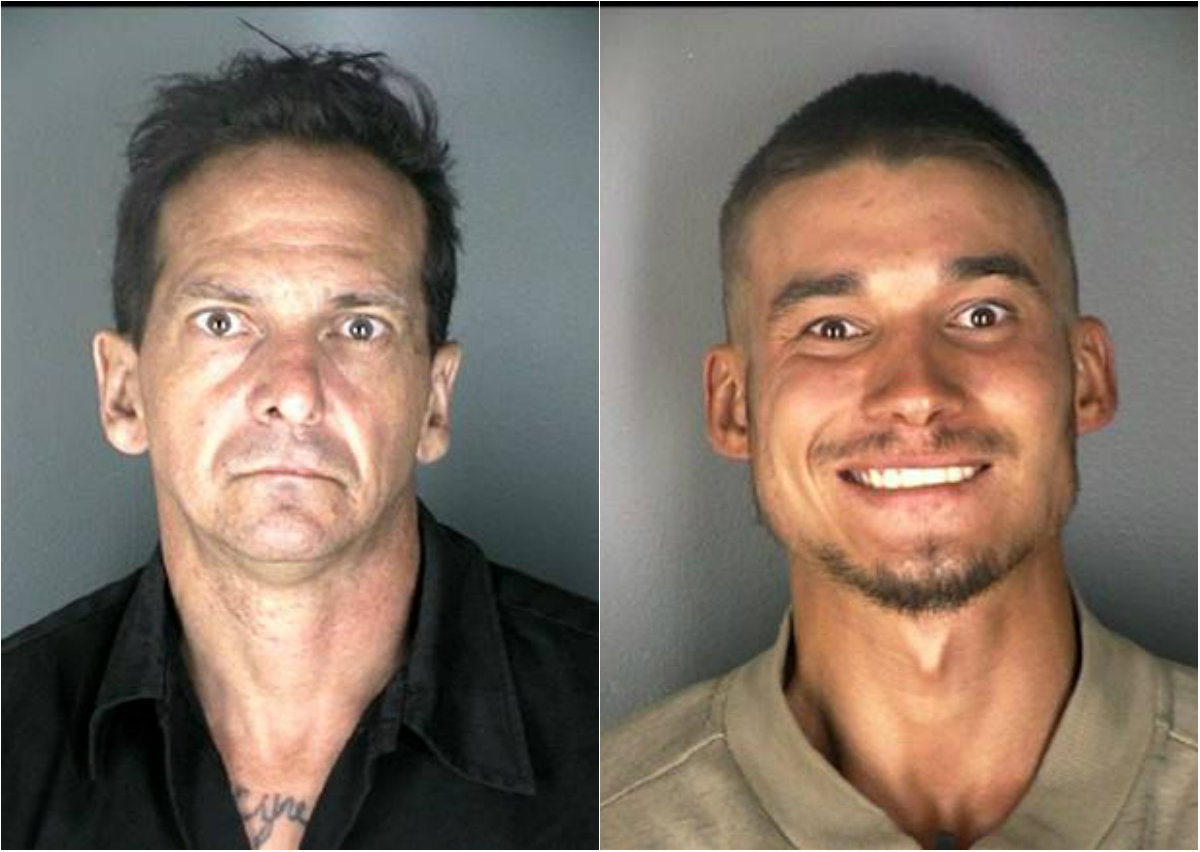 The two men who were arrested in downtown Boulder on Monday after witnesses saw them loading a pellet gun designed to look like a revolver are facing felony menacing charges.

Anthony Donald Chavez, 48, and Kirill Ander Kiefel, 25, were both arrested Monday and are being held at the Boulder County Jail as they await a bond hearing Tuesday.

According to an arrest report, witnesses called police at 1:53 p.m. when they saw Kiefel hand a revolver and casings to Chavez in front of Lindsay’s Deli, 1148 Pearl Street, on the walking portion of the Pearl Street Mall. Chavez then began loading the gun and put it into his waistband before briefly putting on a Guy Fawkes-type mask before taking it off.

Two police officers arrived on scene and found the men crossing Broadway and heading west on the mall. The officers drew their weapons and ordered both men to the ground, and handcuffed them without incident.

“The overall appearance of the handgun and the casings would lead a reasonable person to believe they were, in fact, a firearm and ammunition,” one of the officers wrote in the police report.

The mask was also found in a rolling suitcase Kiefel was pulling.

Witnesses told police when they first saw the incident, they were afraid Chavez was about to start a mass shooting, according to the affidavit.

Boulder police spokeswoman Shannon Aulabaugh said investigators are still not sure of the two mens’ motives.