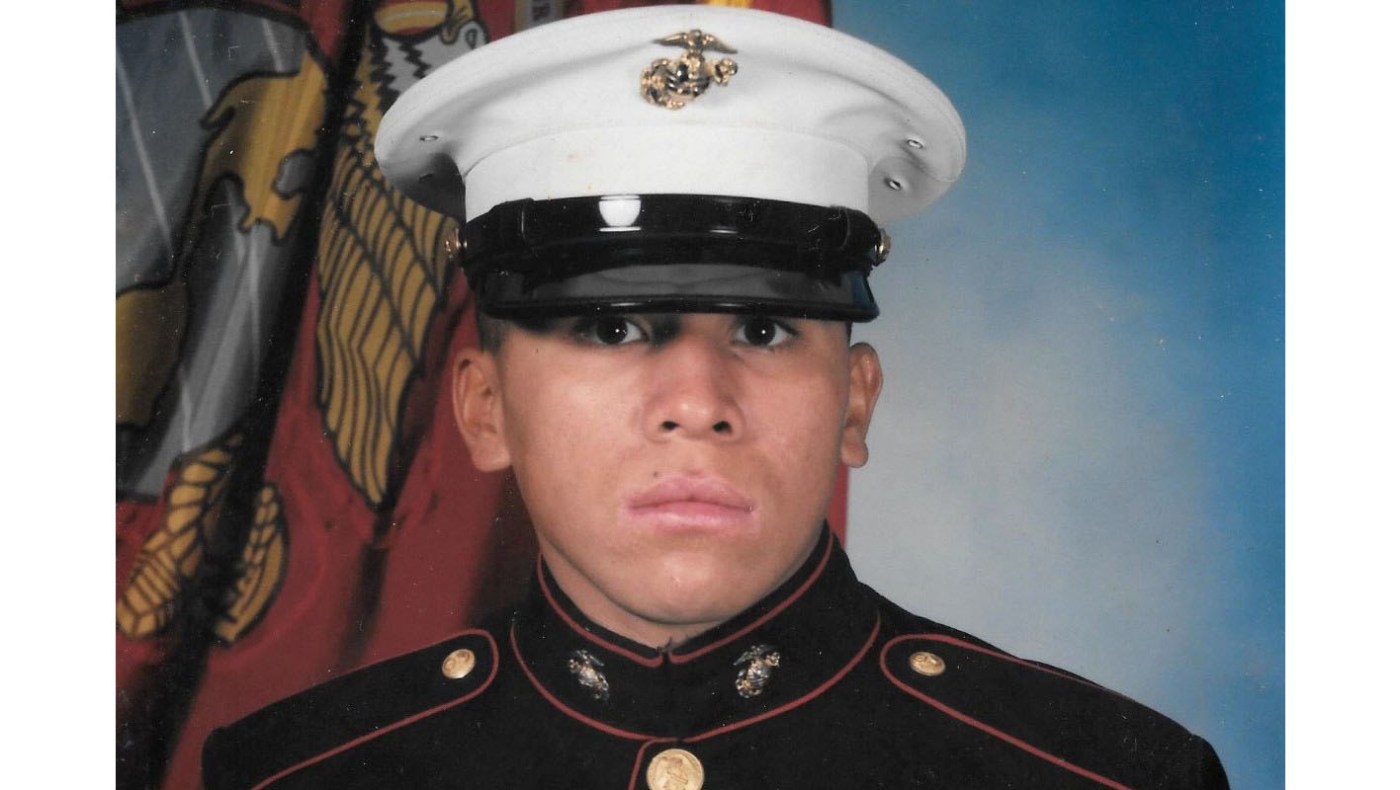 U.S. Marine veteran Jose Segovia Benitez was on a plane, about to be deported to El Salvador.

Then, he got pulled off of the airliner.

Segovia’s deportation is stalled – at least for now – “pending further review of his legal rights,” according to a late Wednesday night Facebook post of a Chicago chapter of the League of United Latin American Citizens, or LULAC, which hired a law firm in Texas to help the Long Beach resident.

The last time his family had heard from him, Segovia was at an immigrant-detention center in Arizona.

The last-minute twist to the planned deportation of the Long Beach veteran led to excitement late Wednesday night but also confusion in his circle of family and friends. His parents were already at Los Angeles International Airport, ready to take a red-eye flight to meet him in El Salvador on Thursday, Oct. 16.

But then earlier Wednesday afternoon, Segovia called his mother, Marta Garcia of Long Beach, to say he was pulled from a plane in Arizona.

“She is so happy. She’s saying it’s a miracle,” said family friend Pat Alviso, national coordinator for one of the many organizations working for his release, Military Families Speak Out, which advocates for returning troops from the Middle East.

But it was unclear what would happen next. By late Wednesday night, Marta and her husband, Jose Garcia, were at LAX debating whether they should stick with their travel plans. They didn’t want their son to be alone should he be sent to El Salvador, a country he hadn’t seen since he was three years old.

What even his closest supporters may not have known is that a Chicago chapter of  LULAC, the oldest Latino civil rights organization in the country, last week hired a Texas law firm, Petty & Associates, to intervene on Segovia’s behalf. The chapter – LULAC Council 5310, Green Card Veterans – advocates for deported non-citizen service members and veterans and works toward creating policy on their behalf.

Segovia had spent close to two years at the Adelanto ICE Processing Center after immigration agents picked him up in January 2018 and began his deportation process. His supporters and attorney, Wayne Spindler of Encino, argued that Segovia’s five years as a U.S. Marine, including two combat tours in Iraq, should afford him better treatment and prevent his deportation.

The Marine served as a non-citizen with legal permanent residency. He filed an application for citizenship while he was still in the military but the process was not finalized, his supporters said.

A spokeswoman with the U.S. Immigration and Customs Enforcement agency earlier this week declined to answer specific questions about Segovia’s case. Instead, she referred to an earlier statement the agency issued that noted deportations are ultimately decided by immigration judges. Segovia, she added, has “an extensive criminal history” with several felony convictions.

Segovia returned from military service in 2004 after suffering a brain injury that was never treated properly, his family and friends said. Instead of being reintegrated into civilian life with proper medical care, his physical and mental health needs were ignored, they said. He turned to substance abuse and got in trouble with the law, serving prison stints for driving under the influence and domestic violence, among other charges.

But he served his time, supporters said. They complain that the move by U.S. Immigration and Customs Enforcement Agency agents to detain him in Adelanto was the equivalent of double jeopardy. And his deportation to El Salvador could endanger him, they continued.

As an English-speaking former Marine who wears his patriotism on his body – via large tattoos of the Statue of Liberty and the U.S. Marines – Segovia could be a high-profile target for gang members.

Meanwhile, a 522-page packet was sent to Sacramento by the Oregon-based Repatriate Our Patriots. It’s an application asking California Gov. Newsom to pardon Segovia.

The governor’s office would not comment this week on Segovia’s pardon request.

Segovia has supporters across the country rallying for him.