Warren Buffett on Bitcoin Again, Shout it as Gambling Device and Button of His Jacket


Warren Buffett, a.k.a Oracle of Omaha, will not believe in the mechanism of crypto or bitcoin in anytime soon. Beside calling Bitcoin as rat poison, Buffet now names it as a Gambling Device.

Known as the most successful investor of all time, Buffett remains a skeptic on Bitcoin, While addressing the group of reporters in the annual meeting of Berkshire Hathaway at the CHI Health Center in Omaha, Nebraska, Buffett broke out his negative sentiments towards the largest cryptocurrency, Bitcoin. He says, Bitcoin involves a lot of frauds and addressed that it hasn’t produced anything. In his words;

“It’s a gambling device… there’s been a lot of frauds connected with it. There have been disappearances, so there’s a lot lost on it. Bitcoin hasn’t produced anything,”

Buffett – Bitcoin is not an Investment to me

Although Bitcoin’s market cap recently jumped over $1billion, the famous entrepreneur Elon Musk involved himself into crypto conversation; Twitter CEO Jack got enough of it, Buffett believes bitcoin isn’t an investment to him. In his continuous talk, he added;

“It doesn’t do anything. It just sits there. It’s like a seashell or something, and that is not an investment to me,”

Well, the comment didn’t go over, he continued his talk by comparing the value of Bitcoin with the button of his jacket. Buffett expresses that once the button is removed, it is over, means that it has “only one use and it’s very limited – which he thinks same with Bitcoin.

While he remarks Bitcoin in a completely negative scenario, in contrast, he thinks Blockchain is very big. Just like the Indian Govt pushes Blcockhain forward and leaving crypto behind, Berkshire Hathaway chairman and CEO, Buffett thinks Blockchain didn’t need bitcoin. Now as he thinks quite positive on the blockchain, he says, he isn’t the person to be ‘a big leader in blockchain’’ but he admits that they’re probably doing something with blockchain technology indirectly.

“Blockchain…is very big, but it didn’t need bitcoin. J.P. Morgan, of course, came out with their own cryptocurrency, “

What’s your take on Buffett’s bitter view on Bitcoin, the crowning cryptocurrency.? Let us know in the comment below 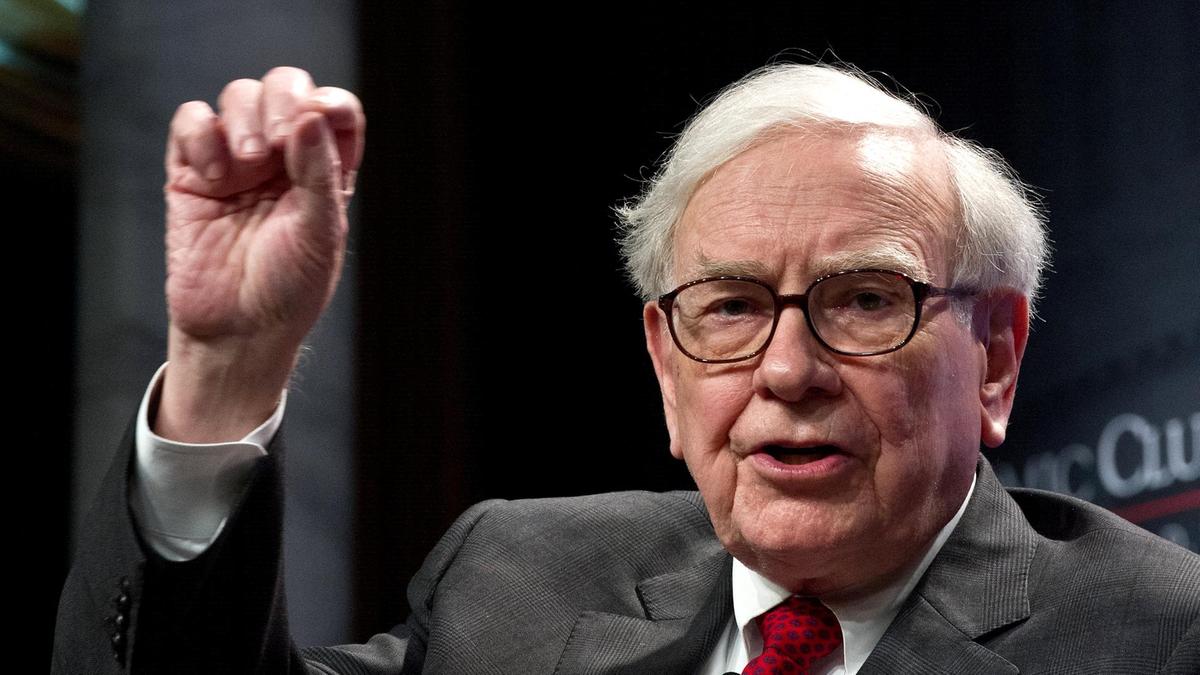 Warren Buffet on Bitcoin Again, Shout it as Gambling Device and Button of His Jacket

Warren Buffett, a.k.a Oracle of Omaha, will not believe in the mechanism of crypto or bitcoin in anytime soon. Beside calling Bitcoin as rat poison earlier, Buffet now names it as a Gambling Device.