We Must Prepare Now For Quantum Computers! How A Theoretical Physicist/Head Of Blockchain Details His And Electroneum’s Road To Success


Have you ever wondered who the people are that are actually building out and supporting the cryptocurrencies we HODL and what they are doing behind the scenes to make it all happen? To the crypto skeptic, it appears there is some kind of wizardry going on without tangible physical foundations, but that is where the blockchain developer comes in. While there is certainly some magic happening behind the scenes, it is all founded in very logical, mathematical principles. I recently sat down with Electroneum’s Head of Blockchain, Chris Harrison, to discuss cryptocurrency, blockchain, why he believes in the work he is doing at Electroneum, and how he and other blockchain experts are preparing for quantum computers. 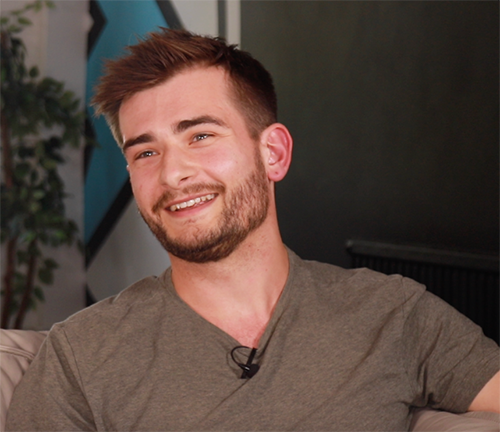 Chris opened up to us recently and broke down what it is like walking in his shoes and working behind the scenes at Electroneum to develop and support the backend of a top-100 cryptocurrency. Prior to working with Electroneum, Harrison studied theoretical physics; learning to code in C++ as part of his education. Following his academic studies but prior to joining Electroneum, he went on to work within the fintech space for a role working with what he called a “kind of proto-blockchain”. It was when Harrison was working at this previous job that he discovered his true calling; blockchain.

“I started thinking a bit more about distributed systems and a single version of the truth and how that could be achieved…I stood in front of the Bitcoin code and I realized the possibilities are endless to create immutable stores of data, immutable histories and for that, there is a wide range of applications… and also to help bring people out of poverty as well. I went to Google and found Ethereum… I saw the price of Ethereum rising meteorically and I thought ‘what’s this Ethereum?’. So, I dug a little bit deeper and smart contracts and cryptocurrency sounded fantastic, so I was hooked on blockchain from that point forward… I noticed that a lot of the top cryptos… they’re coded in C++, so I was able to install the codebase straight away. From that point I toyed around with creating my own blockchains, tested out different algorithms, different models of blockchain and trying to understand the cryptography a bit better.”

After that first job in Fintech, Chris went on to trade cryptocurrencies for a period of nine months before the Bitcoin/crypto boom happened. Harrison said he saw the boom coming. It was important for him to have an understanding of the technology before he plotted his next move to either create his own coin or pursue another project. After months of his crypto trading ventures, Chris was out networking for jobs in the blockchain space when he met Richard Ells, founder and CEO of Electroneum.

“Not only was I interested in the project from a technical standpoint, but also about their vision to help millions of people in the developing world with financial inclusion and access to eLearning and as well as to the global digital economy.”

While Harrison already possessed the skills and understanding required to create his own cryptocurrency if he so chose, he thought it best to move to work for Electroneum because he shares their vision to help people in the developing world. After what was supposed to be a formal interview with CEO of Electroneum, Richard Ells, that quickly turned into a very fluid and casual conversation on cryptocurrencies, Chris joined Electroneum as Head of Blockchain.

“I like where he [Richard] was going with his coin… It just felt right. I think… it was the right thing to do to join a team and work with a team and contribute to a project.”

Chris believed strongly in Electroneum’s humanitarian mission to make cryptocurrency and the ability to transact it easier for people in the developing world, and highly respects the team he works with. Further, what gave Harrison an ability to hit the ground running at Electroneum was his experience with CryptoNote; a software development protocol that powers many of the top decentralized privacy-oriented cryptocurrencies. This was appealing for Harrison because instead of needing to write a brand new protocol, he could get right to work and help get projects at Electroneum moving with his current skill sets. 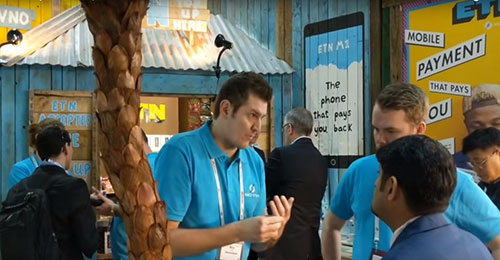 As a true believer in his company’s work, Harrison had a lot to say when it came to talking Electroneum. I asked him to walk me through their blockchain and unique characteristics.

“Electroneum uses a unique key system to manage the ownership funds and the transaction funds… you have an Electroneum address which will boil down to a spend key pair and a view key pair. The blockchain is constructed in such a way that when you want to spend your funds, you can create an output for somebody on the blockchain that can only be decipherable and used by the owner of the output and not visible to any middle man trying to observe the transaction. [Electroneum] uses an ‘unsigned transaction model’ for the blockchain.”

I wanted to know more about Electroneum’s mining model. When asked to detail this Harrison replied:

“We will only afford those a key who will actually further our endeavors in the key regions we are focusing on like South Africa, Brazil and Turkey. We dubbed the term ‘Proof of Responsibility’ which at its core means these organizations are using the Electroneum in a responsible way, and, also in turn mining the blockchain responsibly. We’re planning to expand the list of miners as we engage with more non-governmental organizations.” We have a list of twelve trusted entities that Electroneum has chosen which are our trusted partners, charities and NGOs (non-governmental organizations). So, we’ve afforded them a key to be able to mine the blocks, and the network as a whole will verify their signature of the blocks against public keys. We have a list on adjacent endpoints on Amazon that every node will pull down that contains a list of the validated keys for those validators to be mined. That list will be signed by Electroneum master keys to verify the authenticity of the list.”

This model of “Proof Of Responsibility” that Electroneum has established splinters from the traditional “Proof Of Work” concept that the Bitcoin model had established, wherein a piece of data is difficult (costly, time-consuming) to produce but is easy for others to verify and which satisfies certain systemic requirements. I was curious to know why Electroneum went in a different direction.

“The reason we did that rather than just continue with an open ended approach to mining where anyone is permitted is because we felt a lot of the Electroneum being mined was just being dumped on the exchanges rather than going to a good cause and feeding back into the economies that we were stimulating on the ground.”

With Google recently claiming quantum superiority and triggering community concerns of breaking cryptocurrency encryption in the near future, I wanted to know Harrison’s take on the implications of quantum computing breaking encryption. After all, quantum computing has a serious potential of putting many coins in their current design out of business entirely by breaking their algorithms. Harrison seemed quite informed and proactive on the matter.

“I think if it became ubiquitous in the near future, a lot of projects would be in trouble. I think many projects are asleep at the wheel in that sense. I think it is something everyone should be thinking a lot more about. I recently went to one of the blockchain expos and met a team that were using CryptoNote and building quantum resistance into that. It is something we’re certainly thinking about at Electroneum.”

I was curious to understand the specific kinds of challenges a team of blockchain developers undergo and how they have overcome them. Chris helped to shed some light on this for me.

“The main challenge is being very very meticulous with your work. Blockchain development tends to be quite slow but necessarily so because when you’re doing a hard fork, it’s a mission critical event. You only get one attempt to swing the bat. If you fail and introduce a bug in the code base that mints billions of new coins or has a security flaw, that could be extremely dangerous for the project, if not the end of it. We’ve learned to be extremely diligent when it comes to writing new features. One of the big challenges is refining the testing process with everything we do and making sure multiple people are testing the work. Also, when I first started, the development was far more reactive than it was creative. We were facing many challenges and that is where the idea for permissions, moderated blockchain was born.  We decided to take our security into our own hands and we realized that is what our corporate partners want, that is what the people want, and that is what we need to sleep at night.”

With eyes always looking to see what is around, I asked Chris what the publish should expect from his team and Electroneum in the future.

“Ledger hardware wallet, we’ve been asked countless times to try and sort that out, so we’re going to be looking at that in the coming months. Also, the next iteration of blockchain, byzantine fault tolerance systems… we still have a situation where we’re still using Proof of Work and we’re not using it at the same time, it’s an artifactual beneficence for the way our system is built. We want to build a system where the miners are more collaborative. With collaboration you always get gains in efficiency in distributed systems. In the coming months, we’re looking to build a byzantine fault tolerance system that should settle transactions far quicker, provide security that is far tighter and will just make the system far more robust than it is right now.”

As a blockchain developer, I was curious to see what was important to Chris about the fundamentals of blockchain.

“When it comes to blockchain as a technology, it builds trust in records. That is super important in every aspect of life, to be able to account for history and know that things happen, I think that’s immensely powerful. Specific to Electroneum, I think the chances of bringing people out of poverty and give people better lives make the world a better place.”

To close out the interview, I wanted to see if Harrison had any words of wisdom for the blockchain community, particularly those who were looking to get into forming a blockchain or cryptocurrency.

“If you’re thinking of building a blockchain or blockchain system, try to think of the person using it. If you can work your way backwards from that, that is how the best projects are made. If you can find a problem to solve and then go at it by trying to understand the end-user first, that is how magic happens.”

Marcus Henry is an American Journalist with over 11 years working in the tech industry. He has been actively involved in the crypto community for the past three years and currently works out of Austin, Texas. He covers breaking news, writes perspective pieces and reflections, and conducts interviews with industry professionals and community members. Follow Marcus Henry on Twitter- @MarcusHenryHODL

Disclaimer: The information above does not constitute investment, financial, trading or any other sort of advice and you should not treat any of my content as such. I do not recommend the purchase, sale, or holding of any cryptocurrency or other product and nothing I write about should be deemed as an offer to purchase, sell, or hold a cryptocurrency or other product or service. Please do your own research and consult a certified financial professional before making any investment decision.