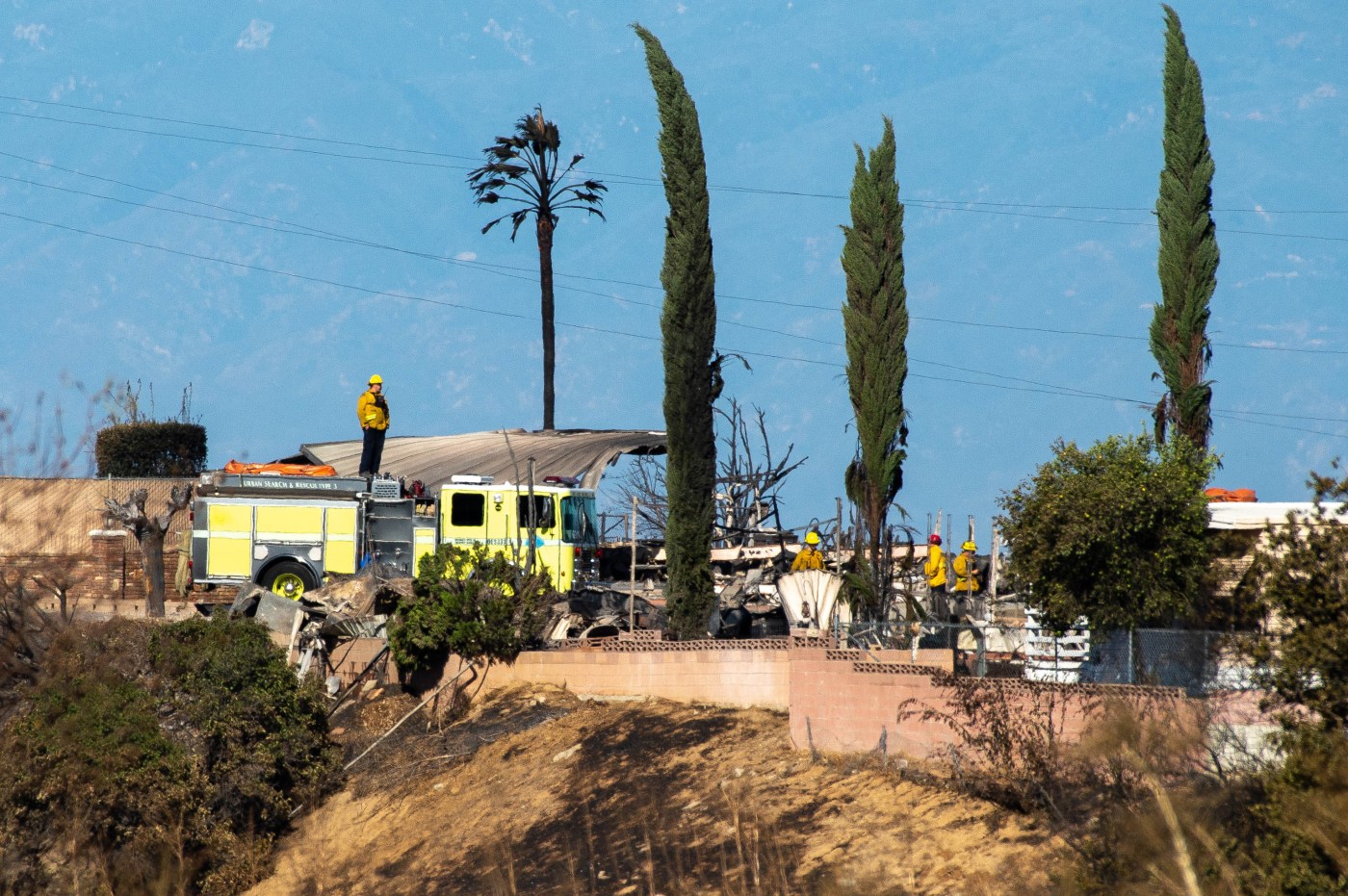 Fire officials had an encouraging update on the Sandalwood fire in Calimesa on Saturday morning.

CalFire’s Capt. Fernando Herrera said firefighters are focusing on cutting trees in the burn area to starve the wildfire of fuel.

“I don’t want to say we’re out of the woods yet … But we’re moving in the right direction,” he said.

Per CalFire’s Capt. Fernando Herrera, they’re focusing on felling trees inside the burn area to starve it of further fuel.

“I don’t want to say we’re out of the woods yet … But we’re moving in the right direction.”

The fire near the San Bernardino County border grew to 832 acres by Friday, when it was 10% contained.

Although the flames had been reduced to smoldering brush and homes, there remained concern that the winds that kicked up again Friday might pick up embers and cause the fire to grow again.

“There’s still a lot of open line and a lot of hot spots,” Herrera said on Friday.

Cal Fire Division Chief Todd Hopkins said the raging fire destroyed 76 structures, while causing moderate damage to nine structures and minor damage to five others. Authorities have said that the vast majority of those destroyed were residences at the mobile home park and that the park clubhouse also was destroyed.

This is a developing story. Please check back for details.