Tether has maintained its prominence as the gateway coin in the financial ecosystem. Recently, the Tether ecosystem managed to create buzz after a whale transaction was caught by Twitter’s prominent crypto enthusiast @whale_alert, who tweeted,

The massive amount of USDT transfer was conducted between unknown wallets, a usual trend in the crypto ecosystem. According to the transaction details, the transaction was initiated over the Bitcoin blockchain from the sender address 1BkqRAVd6RFGrntFnqC4iG3vaX42hFsSW8 to the receiver at 165Xu3ABMLkLz1oFvqRgJAtRuA1LtRKMid.

Moreover, the transaction was deemed invalid owing to “Reason: Sender has insufficient balance” as evidenced by the image below. 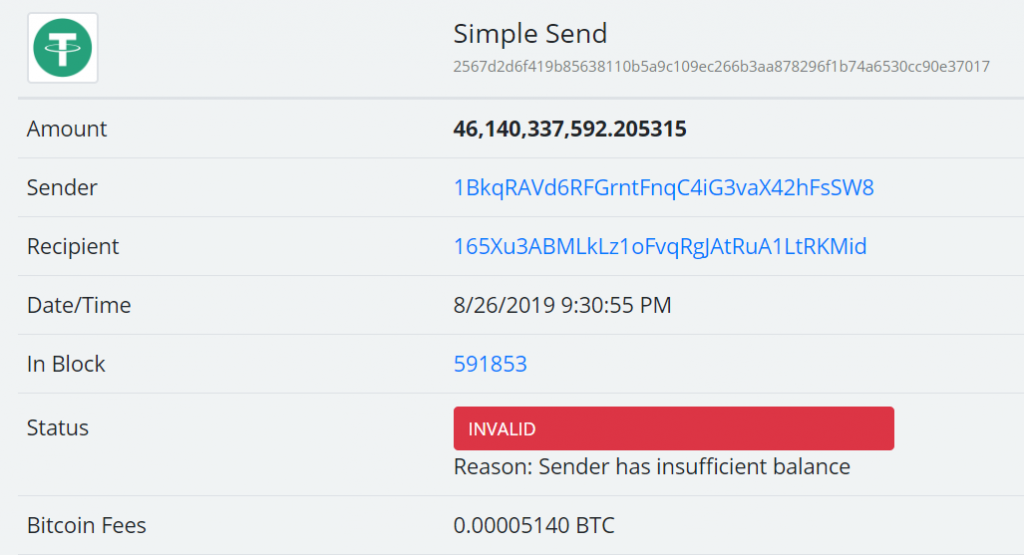 Although the transaction did not complete, it is interesting to note the “low transaction fees” involved in such transactions, which serves as one of the most promising argument against the traditional system.