Why does a smart contract guarantee payment more than any other contract?


Internet penetration has reached so far that, currently, more than half of the world’s population has an Internet connection. Today, everything is migrating toward the Internet, including businesses, education, communication, and, of course, jobs. For example, the segment of global e-retail sales amounted to $2.8 trillion last year. You don’t need to drive to the office every day or follow corporate rules anymore; everyone is free to work online and follow their own schedule. That’s why the number of freelancers increases every year; there are currently 53 million freelancers in the US alone.

Finding a freelance job online is becoming easier, and this trend is likely to increase in the coming years. Thus it’s very important that freelancers and their employers could have a reliable platform where they could communicate, make deals, and accept payments for the work they do, minimizing the risk of fraud.

There will always be the problem of trust. On one hand, there are a lot of malevolent people who would leave a freelancer without payment after receiving the results of his/her work. On the other hand, many people would take money with great pleasure and disappear without moving a finger to do the job they were tasked with. That’s why it’s necessary to have an arbitrary third party, a freelancing platform that keeps the funds in its custody when two parties agree on a task only to release it upon completion (or solve the dispute). 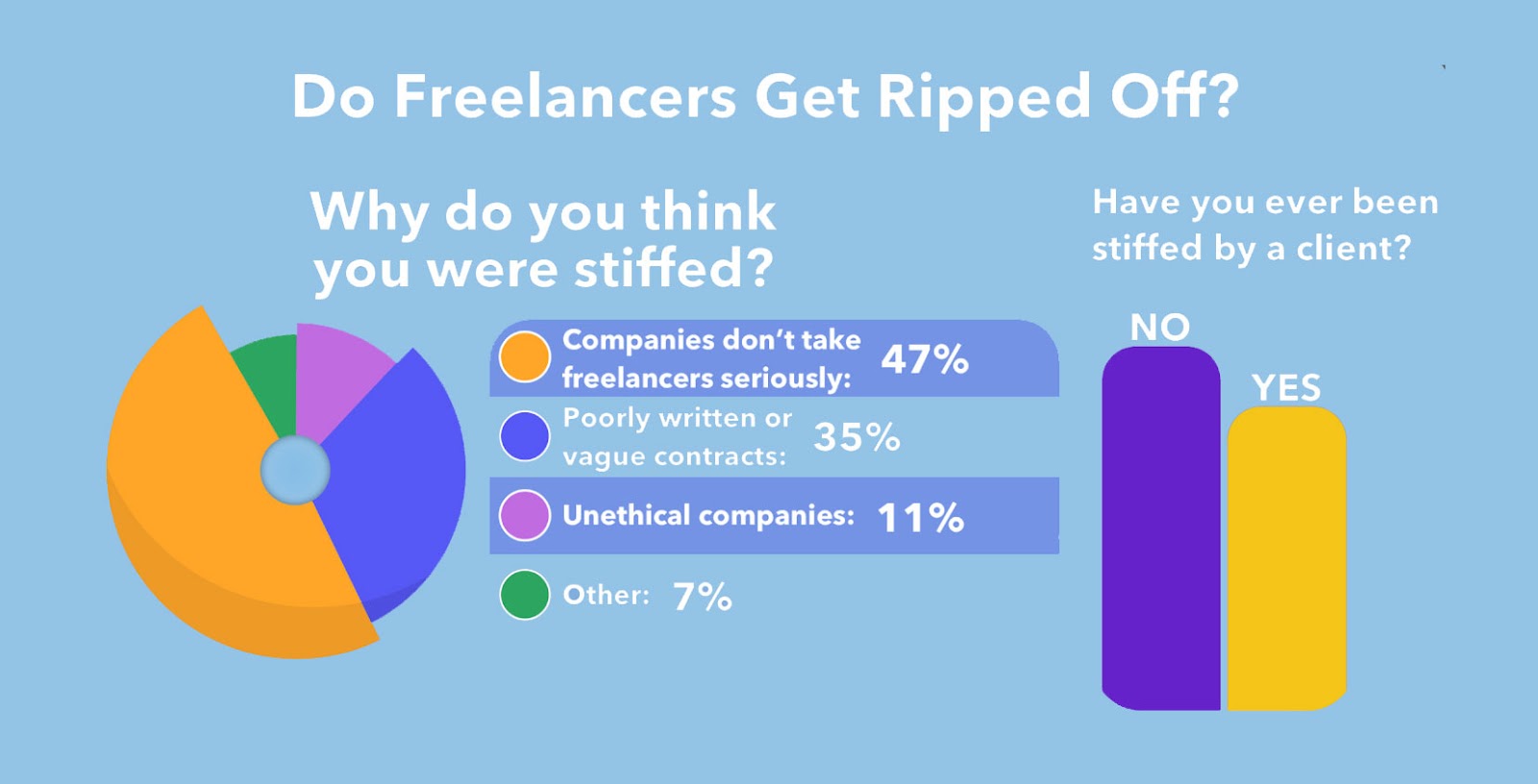 Undoubtedly, freelancing platforms are priceless for those who don’t have regular employers and have to deal with new, unknown customers everyday. But they also have a handful of hidden problems.

Currently, any freelancer can find a job that would suit his/her skills on many sites:

If you have any skills that could be sold online, there’s a chance that you’ll be able to find a task on any of these platforms. But there’s also a chance that you’ll face problems with employers who may try to persuade you to accept other forms of payment outside of the safety of the platform, and after doing the work they will refuse to pay. Not only are the employers are abusing the system, but freelancers can often deliver low-quality work and still demand payment, as the platform only counts the fact that the task has been delivered, not that it is quality work. And to top it off, both parties face fees up to 20-30%, taken by the platforms for its middleman services.

So, the problem of trust isn’t fully solved by existing solutions. They’re good, but they have flaws. Perhaps blockchain technology could be a better alternative?

What is a smart contract? It’s basically a program that contains the condition of its execution.

Person A places a reward in the form of cryptocurrency and a condition. If Person B fulfills the condition the contract is executed automatically and Person B gets the reward.

It doesn’t require trust, so the smart contract can be created between total strangers and can involve any amount of money – both parties can be assured that the deal is safe. 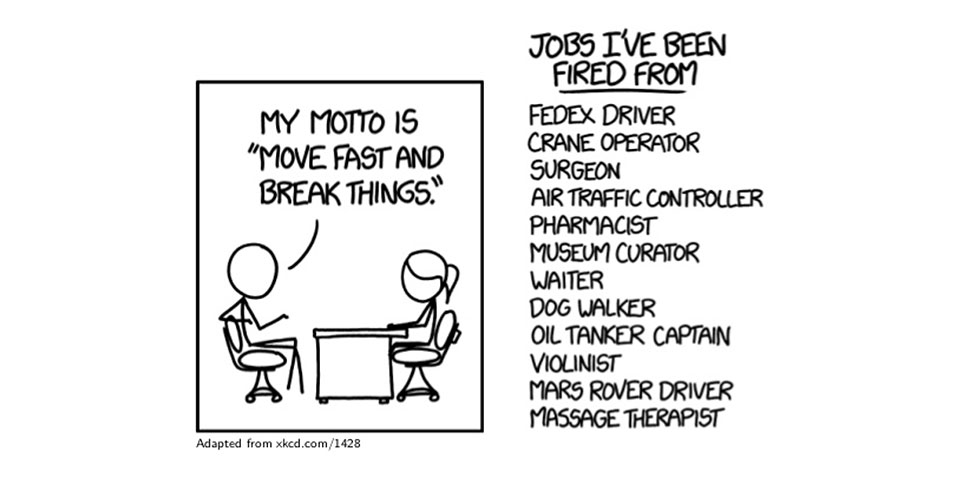 For the freelance field, it’s the exact thing that everyone needs. Smart contracts can bring:

Also, there are more benefits compared to centralized platforms – such as increased security. A smart contract is protected by the principle of blockchain technologies. In a brute-force attack it would take more time than our universe exists to find the correct private key containing funds. Also it’s said that the chances of hacking a wallet is equal to winning a Powerball nine times in a row.

As blockchain technology continues to improve, more and more solutions are being introduced. We’ve picked three interesting platforms for freelancers that may serve the mission of connecting the freelance workforce with employers in the future.

The first one is Freelanex. It has the ambitious goal of creating a global, decentralized platform for all kinds of freelancers and to fight unemployment among young people. The project is integrated with Hyperledger, which is used by half of the biggest companies implementing blockchain today. Also, it uses ERC20 tokens, a universally accepted standard, as the means of payment within the platform.

Another platform is StormX. It’s a bit different from the previous platform, because it’s designed for microtasks; participating in surveys, watching videos, trying new products, and all similar things that can be done in 5 minutes. The payments are released instantly upon task completion, from the pool reserved for a task by a person/company who creates it. The platform has its own Storm Tokens working on Ethereum network, but it also supports payouts Bitcoin and Ethereum.

CryptoTask is a more traditional freelance platform, supporting all standard categories you may find on a centralized freelance site, such as freelancer.com. It works on the Aeternity blockchain and it targets the eastern European and African countries such as Kenya and Croatia. The platform works as a decentralized app containing a system of smart contracts, which defines how all participants interact.

For those people who want to be able to work at the legal and global platform, the most convenient solution may be the Freelanex platform, since its competitor, CryptoTask, is oriented toward non-Westernized countries. So, what advantages does Freelanex have over all the centralized platforms?

Nobody controls your work and your earnings

Freelanex aims to provide the most user-friendly experience for all participants. That’s why it doesn’t restrict payments only to cryptocurrencies like many other blockchain services do; it supports both crypto and fiat. Those users that adopt FLXC get discounts if they create tasks, or they receive more tokens if they complete tasks. Freelancers pay an 8% fee, clients pay a 10% fee, but initially after the launch the platform will be operating without any fees. So, it might be a good idea to try it as an early adopter.

All operations get regulated by smart contracts and operate independently in a decentralized manner, which excludes the possibility of fraud from any one party. Also, there is a KYC procedure which isn’t obligatory for freelancers, but they get a FLXC bonus for completing it.

Also, Freelanex has a very noble incentive. They say that currently there are 73 million young men and women who don’t have a job. The platform plans to establish courses and laboratories to provide free online training for those who are unemployed for free in order to promote the freelance economy and create more jobs.

The only issue we can see with the platform is the possibility of the smart contract to be hacked, as it’s often prone to human error. Smart contracts rely on blockchain security, but if they contain any security holes due to poorly written code, it can be exploited to withdraw funds from the contract. Last year, EOS users lost more than $500,000 in EOS smart contracts because of such an exploit. That’s why it’s crucial to choose a reliable and safe platform if you want to use a decentralized solution.

The freelance economy, or “the gig economy” as it’s often called, is growing fast. 50 years ago, people would work at one job their whole life, but now everything has changed. The job market, thanks to the Internet, has become global, and now professionals with good skills can work and earn from any place on the planet. The more people connected to the Internet, the more jobs will be created. According to Intuit, by 2020 the number of people participating in the gig economy will grow to 43%. 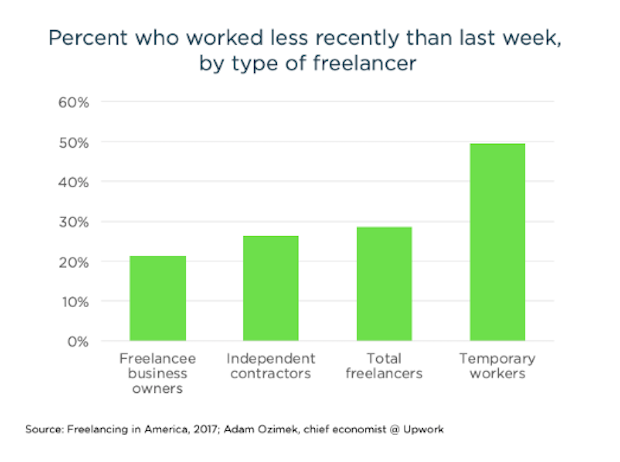 People use freelance earnings as a secondary income; some people freelance to increase their savings, in some poor countries it allows people to earn more than they would get working a normal day job. The gig economy even creates new jobs for those with disabilities. It’s highly probable that in the future everyone will be employed in a freelance activity. Forty-seven percent of Millennials are already calling themselves freelancers, more than any other generation, and there will be more and more young people accustomed to online work. All this workforce will need reliable platforms to communicate and interact, and blockchain will play a huge role in this future economy.