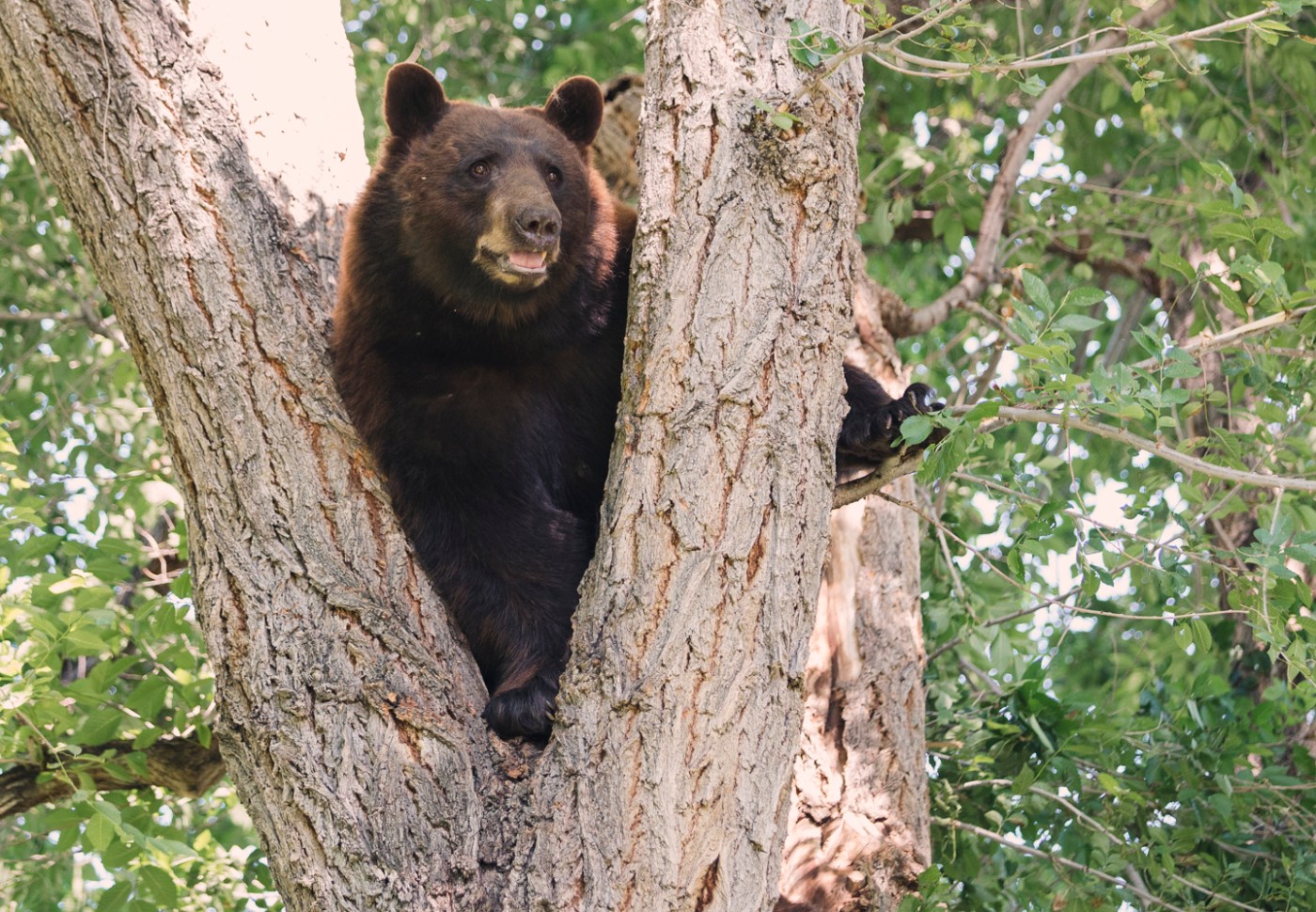 The bears are on the move.

Wildlife officials said bear activity in east and south Boulder appears to be up this year, and are reminding residents in those areas to take steps to prevent luring the animals.

While the western edge is commonly thought of as the center of bear activity in Boulder due to its proximity to the foothills, the animals have been active in other parts of the city this summer.

Melanie Hill, the director of communications with the Wild Foundation said last week a large male spent the day up a tree near Norwood and Broadway, where watchers kept a careful eye on it.

Colorado Parks and Wildlife spokesman Jason Clay said there have been eight sightings in that area in recent weeks, and officials estimate there are currently four to six different bears that frequent the city.

“Boulder is very active with bears, and they stretch out farther than people probably think,” Clay said.

Hill noted the large male’s presence at Norwood and Broadway shows people there should give thought to upgrading their trash bins even though it is not required by ordinance.

“Location is very important because bear-resistant bins are not required east of Broadway,” Hill noted. “But residents are highly encouraged to contact their waste haulers to request bear-resistant trash and compost bins, as bears have been active in that area recently and I’m sure will continue to be.”

Valerie Matheson, Boulder’s urban wildlife conservation coordinator, said the city recently sent out postcards to residents in south and east Boulder outside the mandatory bear-proof bin boundaries with a map of bear sightings in their area to prove their trash could still lure bears.

Matheson said about 80 people have gotten the bear-proof bins, for which Western Disposal  was recently granted a patent.

“Part of what we’re looking at is have we maximized our educational tools and efforts and how efficient is it in effecting behavior change in people,” Matheson said.

But while Matheson said the city is trying to encourage residents beyond the foothills to voluntarily switch out their trash bins, she said the city has not ruled out expanding its ordinance requiring them.

“At this point, we’re still working on education for that area, but absolutely we are considering it at this juncture,” Matheson said.

Matheson also noted the city is doing outreach to make sure residents know about the new law that prohibits people who don’t have bear-proof bins from leaving their trash out overnight.

Clay noted bears are smart enough to learn trash pickup schedules if trash is left out the night before.

“Bears will come in the middle of the night, and they will go through a whole neighborhood and wipe out every trash can,” Clay said.

Earlier this month, wildlife officials killed a bear in Boulder that had become aggressive and charged rangers. A necropsy found nothing but trash and human food in its stomach.

“It goes to show that these bears get into trash, and once they realize how easy it is, that is what they’ll go for,” Clay said.

In addition to trash, Matheson said Boulder is trying to get residents to be more careful with other attractants such as backyard livestock.

“I think we’re seeing more hobby farming and hobby animals because we don’t require permits for chickens and goats and bees, and anecdotally we’re getting more reports of bears preying on those things,” Matheson said. “I think we’ve been talking about bears and trash a long time, but I don’t think the community has made as strong a connection between chickens and goats and bees. We’re trying to get that message out.”

Bears are sometimes spotted as far east as Interstate 25 or as far south as Parker, so every resident should be bear-aware regardless of where they live, Clay said.

“Bears are always going to roam through Boulder,” he said. “But the more we can reduce attractants, the less time they will spend in town and they’ll go back to looking at natural food sources.”