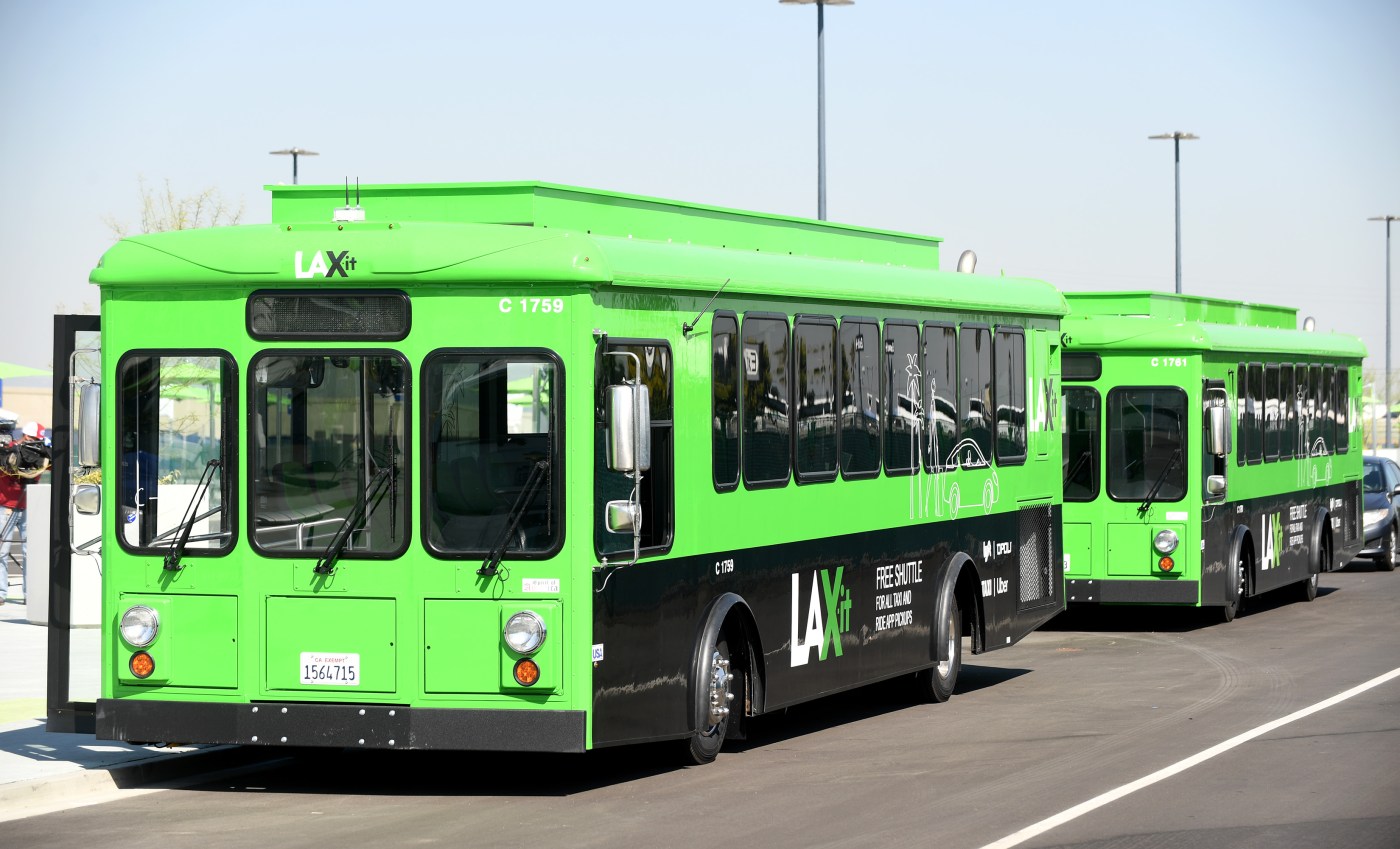 Drivers for rideshare companies, such as Uber and Lyft, can drop off their passengers curbside like any other mode of transportation at Hollywood Burbank Airport in Burbank.

Those drivers can pick up their passengers at a designated pick up area, close to where taxis, shuttles and other services also pick up. It is about a 20-foot walk from the curb outside of one of the terminals, Hollywood Burbank Airport spokeswoman Lucy Burghdorf said.

Companies are charged $3.50 for each pick up and drop off, she added.

Drivers for rideshare companies are allowed to drop off their passengers curbside at John Wayne Airport in Santa Ana.

But drivers must pick up their passengers on the top of parking structures, away from other modes of transportation. That’s separate from the ground transportation center, where other transportation picks up passengers and where people pick up guests and family members, said Deanne Thompson, John Wayne Airport spokeswoman.

The fee for pick ups and drop offs at John Wayne is $3.

Drivers for companies such as Lyft and Uber can drop off and pick up passengers curbside, directly in front of the terminal at the airport in Long Beach, airport spokeswoman Kate Kuykendall said.

There is a $3 fee for all pick ups and drop offs.

Rideshare drivers can pick up and drop off passengers at the curb, like other modes of transportation, at the Ontario airport, spokesman Atif Elkadi said.

The airport currently only facilitates Lyft, when Uber ended its services last month after the airport raised its drop off and pick up fees from $3 to $4.