XRP peaks at $0.77 on crypto-exchange BitBay while coin hits only $0.32 on Binance

The prices of Bitcoin [BTC] spiked and crossed the $6,000-mark on Bitfinex on May 3. The rise of BTC contributed to most altcoins, including XRP, the third largest coin in the world, surging. According to CoinMarketCap, XRP spiked by 2.29% over the past 24 hours and started correcting itself as it noted a dip of 0.07% within the hour. At press time, the coin was valued at $0.3106, with a market cap of $13.04 billion.

Even though the price of the coin was far from $0.50, it was valued at $0.54 on the crypto-exchange, BitBay. Yes, cryptocurrencies do have some difference in valuation on exchanges. However, this difference between the prices of XRP was exponential. Twitter user, @XRP_Harvester, pointed out the value of XRP on the exchange. 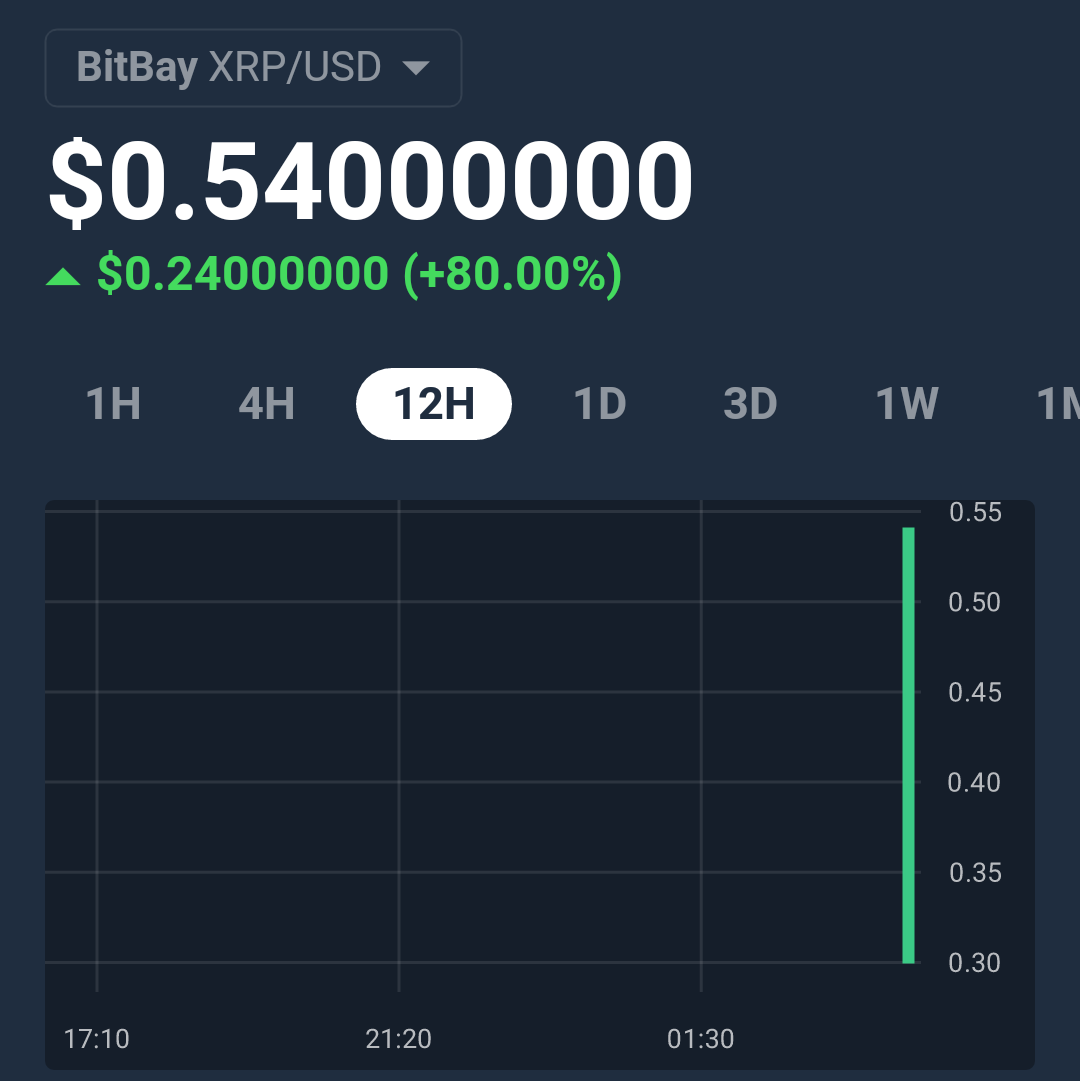 On the contrary, XRP peaked at $0.3255 on Binance and has been undergoing a correction. According to another Twitter user, @block_real, the coin was valued as high as $55 in July 2018, on BitBay, which was prompting people to trade on it.

However, the performance of the coin has not been impressive since 2019 as its year-to-date returns lie in the negative zone, while all other major cryptos have soared.

The post XRP peaks at $0.77 on crypto-exchange BitBay while coin hits only $0.32 on Binance appeared first on AMBCrypto.