XRP transaction in batches of 28,000 XRP pop-up overnight from Bitstamp to Bitso


 XRP transaction in batches of 28,000 XRP pop-up overnight from Bitstamp to Bitso – AMBCrypto

Ripple has been actively pushing its technology using the digital asset, XRP in the traditional market. With traditional money transfer companies like MoneyGram adopting XRP, XRP/MXN volume saw a noticeable spike on Bitso by 25%. However, an anomaly was noticed as transactions between Bitstamp and Bitso registered a never-seen-before spike.

Bitso Exchange accepts fiat from financial institutions and executes trades via Ripple’s xRapid. Twitter user @hallwaymonitor2 reported an oddity in this behavior through a tweet: 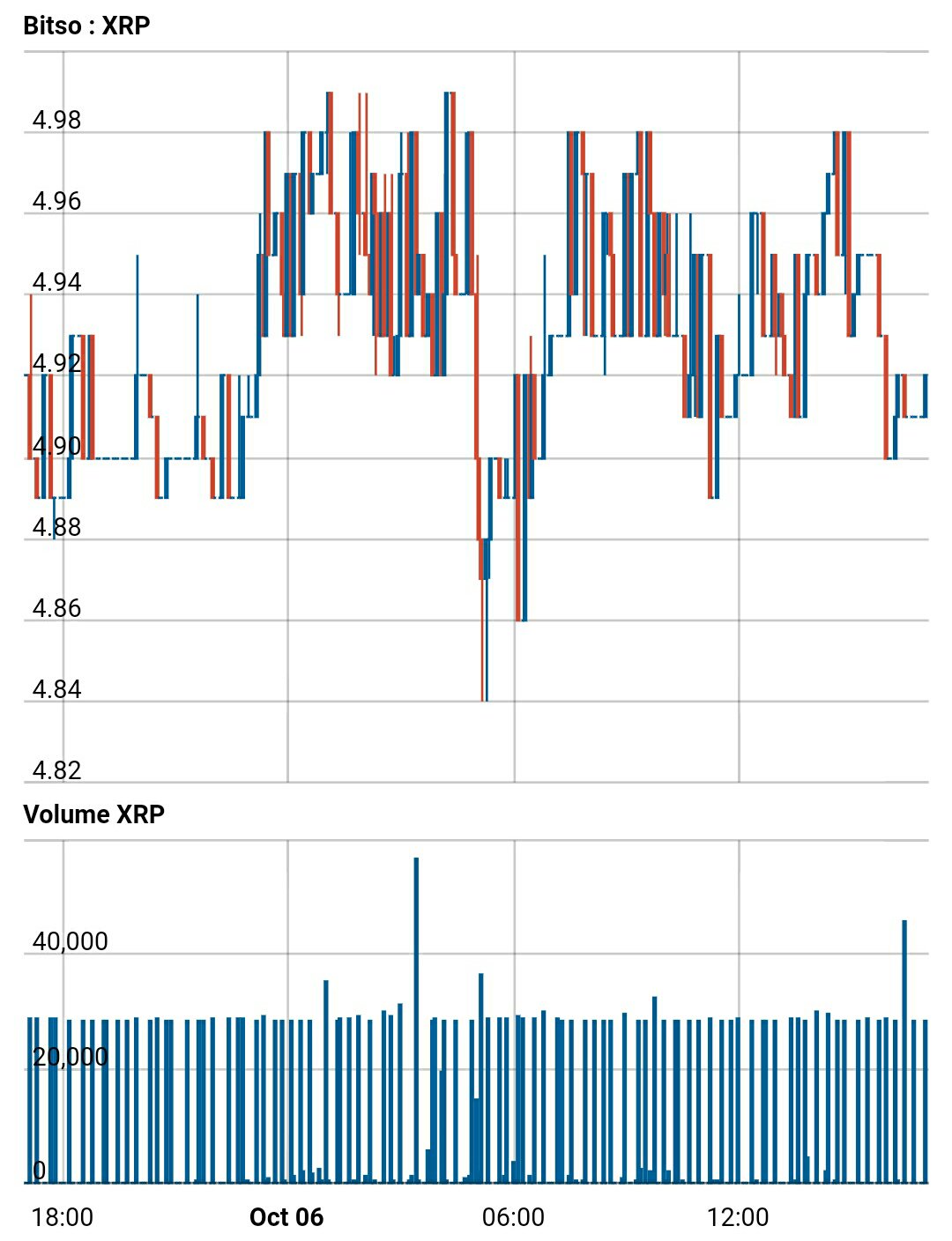 Other analysts on Twitter paid heed to this rising volume of XRP in the Mexican corridor. @hmatejx, on Twitter, speculated someone causing this spike through a chart explaining the trend since the beginning of execution of trades.

“XRP On-Demand Liquidity: the ususal suspects transferred more than $1.2M transferred from Bitstamp to Bitso.
Someone is ramping up… ?” 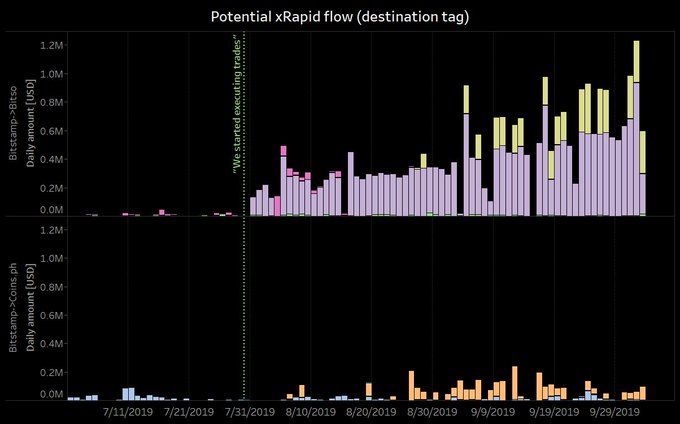 xRapid transactions have not slowed down in recent bear markets; according to independent XRP enthusiasts on Twitter, the xRapid volume witnessed a massive spike, especially after the MoneyGram partnership. Although there is no definitive data to confirm these transactions being executed via xRapid. The above data could be connected to xRapid transactions since Bitso and Bitstamp are known to be xRapid corridors for Mexico and the U.S., respectively.

Namrata is a full-time journalist at AMBCrypto covering the US and Indian market. A graduate in Mass communication, while majoring in Journalism, she writes mainly about regulations and its impact with a focus on technological advancements in the crypto space.