Altcoins seem to have started rallying for a few days now. As many await the next bull run of altcoins, a few alts already seem to have initiated on an uptrend and Ripple’s XRP is among them. Within the last 24 hours, the 3rd ranked cryptocurrency has gained about 6% and has surged by more than 15% in the last 30 days

Within the last 24 hours, XRP gained 5.6% against the USD. The price action is in continuation of a positive price movement which the top cryptocurrency embarked on within the last month. At the time of writing this piece, XRP is changing hands at exactly $0.2918. With the possibilities of a further uptrend, XRP may hit the $0.3 mark. If XRP surpasses the resistance at $0.3, it will be the first time in this quarter that XRP has ventures into the region above $0.3.

Opening a 24-hour time trading period on Sunday at the $0.277 level, at the close of the day, XRP had crossed the $0.29 level. In between that time period, the coin experienced some alternate buying and selling pressures which had overall a neutral effect on its price before the beginning of a short bull run in which XRP is trying to leap towards $0.3.

XRP opened a one-month trading period at $0.255 and closed it at $0.290. Moving up more than 15% within the time frame, XRP is pushing towards $0.3, the position under which the coin has perambulated for more than 2 weeks. At irregular intervals, XRP gained as well as lost against the USD in swift price action.

The coin began to experience a turn-around of events on September 17th when it surged by 18% to touch the $0.29 region and also surpassed the $0.3 mark within the next day. Although, the uptrend didn’t last long as XRP bowed to selling pressure on the 25th of September, slumping to the $0.235 level and losing about 20% of its value in the process. Ever since then, the coin has embarked on another bull run similar to early September and this time, just like the last 3 weeks, XRP looks like it’s going to repeat similar price movement.

Do you think XRP will continue with its bull run and shoot upwards of $0.3? Share your views with us in the comments below! 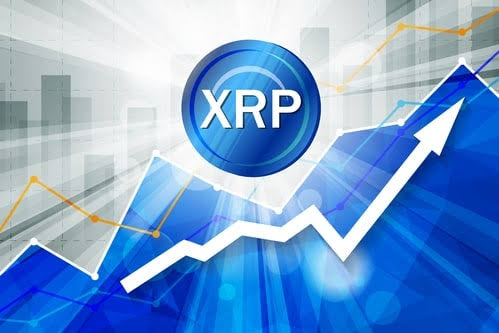 Ripple’s XRP has become one of the few alt pace-setters deciding the general market direction of smaller alt coins. Within the last 24 hours, the 3rd ranked cryptocurrency has gained about 6% and has surged by more than 15% in the last 30 days