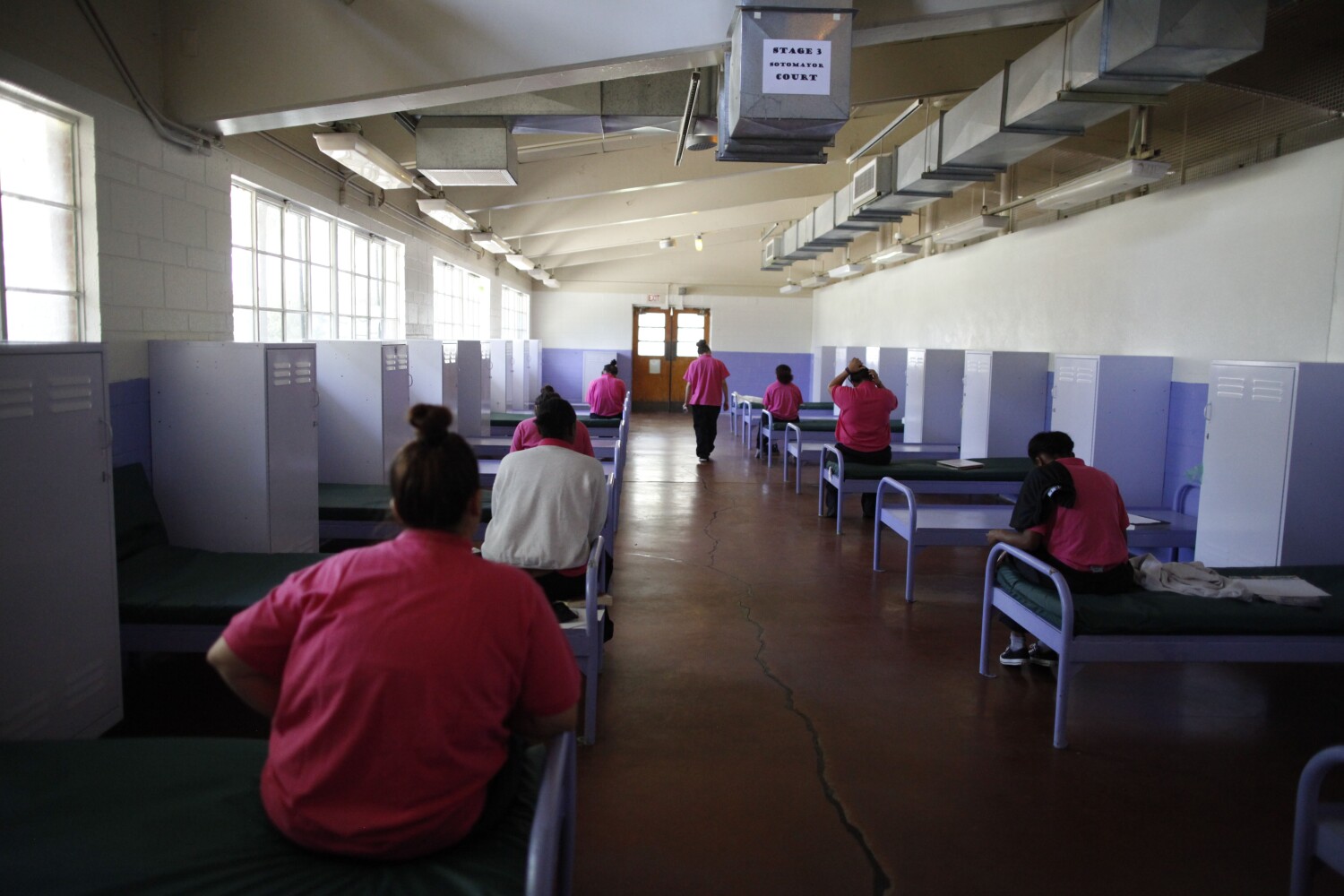 At least 70 girls incarcerated in Los Angeles County juvenile camps and detention facilities were sexually assaulted by probation and detention officers, with the abuse spanning more than three decades, according to newly expanded litigation filed Thursday.

The allegations follow a similar lawsuit filed in March in which 20 women said they were sexually assaulted over the course of a dozen years at Camp Joseph Scott, Los Angeles County’s all-girls juvenile detention facility. Two new lawsuits filed in Los Angeles County Superior Court replace that case and expand on its accusations.

In some instances, the same abusers found new victims as different girls entered the facilities over the years, according to the lawsuits.

One deputy probation officer is accused by more than a dozen women of sexually abusing them when they were incarcerated minors. He is one of four officers accused of assaulting multiple girls.

“The Los Angeles County juvenile probation system has been infested with a culture of child sexual abuse for decades,” said Courtney Thom, a former sex-crimes prosecutor and one of the Orange County litigators handling the lawsuits.

A 2010 investigation by The Times found that at least 11 L.A. County juvenile probation officers have been convicted of crimes or disciplined for inappropriate conduct involving current or former probationers, including several cases of molesting or beating youths in their care. There were 102 allegations of officer misconduct involving youths at the county’s juvenile halls camps from 2007 through 2010.

In 2018, a $1-million settlement was approved in a lawsuit involving former probation officer Oscar David Calderon Jr., who was sentenced to one year in county jail in 2017 after pleading guilty to two felony counts of assault under the color of authority for “inappropriately touching” two girls at Camp Scudder.

The latest lawsuits, which include 51 victims younger than 40 and 19 plaintiffs over 40, allege that what began with probation officers watching young girls shower would escalate into sexual acts. Even after the girls left the camps, many were forced to continue sexual liaisons, often at motels, for fear of being returned to juvenile hall, the lawsuits state.

In one case, a deputy probation officer is accused of impregnating a teen, court documents show.

“Vulnerable children often enter the system because of abuse they have suffered at home or on the streets,” Thom said. “The probation system should offer these youthful offenders restorative justice instead of perpetuating their cycle of abuse.”

In some cases, despite prior allegations and investigations, some of the officers were able to “remain in a position of authority and trust” and find new victims, the lawsuits state.

In the lawsuits, all the plaintiffs are identified by Jane Doe aliases, but one woman spoke with The Times using her name. The Times does not name victims of sexual assault unless they choose to be identified.

Akeila Jefferson, 38, was 16 when she entered Camp Scott in Santa Clarita a second time.

Jefferson said Jackson began grooming her for sexual favors — providing her toiletries, including soaps and other items her grandmother couldn’t get to her.

First, he began touching her sexually, and eventually assaulted her four or five times in the laundry room, guard shack and camp office, she said.

When Jackson became acting assistant director of the camp, he ordered her to his office to perform oral sex, she said.

When Jefferson was released a second time from the camp, Jackson took her out to eat, to shop and to a rented motel room for repeated sexual encounters, court records show.

“I always felt I had to go,” she told The Times in March.

The abuse continued when she returned to the camp for a third time, one suit alleges, and even after her release at age 18 in 2001, Jackson continued to demand sexual acts.

Jefferson said she was once questioned by probation officials about her interactions with Jackson. “I told them none of this was happening and stuff like that, so he wouldn’t get in trouble. Because he told me that, you know, he’ll go to jail for a long time,” she told The Times, adding that Jackson had told her he had been investigated several times before.

According to one of the lawsuits, Jackson was abusing other girls at the same time as Jefferson’s accusations.

In one case, a plaintiff identified as Jane WM19-A Doe accused Jackson of isolating her at Camp Scott, “whispering sexual comments in her ear so no one else could hear, including sexual acts that he would like them to perform on each other.” He then forced her to come to the unoccupied administration building after-hours, where he sexually abused her, one lawsuit alleges, noting that he “raped” her on at least three separate occasions.

Daniel Santana, another probation officer at Camp Scott, is also accused of assaulting multiple girls. In one instance, a plaintiff in the lawsuits alleges, he forced her to rub his penis in an office out of sight of camp cameras.

Another plaintiff alleges that as a teen in 2016, she ran away from Camp Scott to escape Santana’s sexual harassment, only to be captured and sent to the Dorothy Kirby Center, where another deputy probation officer touched her genitals and breasts, according to the lawsuit. After a suicide watch, she reported that officer, the lawsuit states.

Santana is also accused of impregnating a Camp Scott youth, identified in the lawsuits as Jane BA11-A Doe. Court records show the girl “became pregnant with his child and thereafter experienced a miscarriage,” which he demanded she keep a secret.

Santana continued to harass the girl after she was released at age 17, according to the lawsuit. She told her guardian about the miscarriage after “being raped by the probation officer” and the sexual abuse was reported, but the county responded by transferring Santana to another facility, the lawsuit states.

County juvenile custody facilities have come under heavy state scrutiny in recent years. A state corrections board decided in November that the county’s juvenile halls were “suitable” to house youths after previous inspections had placed the facilities in danger of closing.

In 2020, county officials approved the eventual dismantling of the county’s juvenile probation system in favor of a new agency that will focus on emotional support, counseling and treatment. Federal monitoring of the facilities ended in 2015.

In January 2021, the county reached a settlement agreement with the California attorney general’s office to improve conditions at juvenile facilities after a state probe found that detention officers unnecessarily used pepper spray, confined minors in cells for long periods forcing them to urinate into milk cartons, and prevented them from receiving medical care and attending classes.