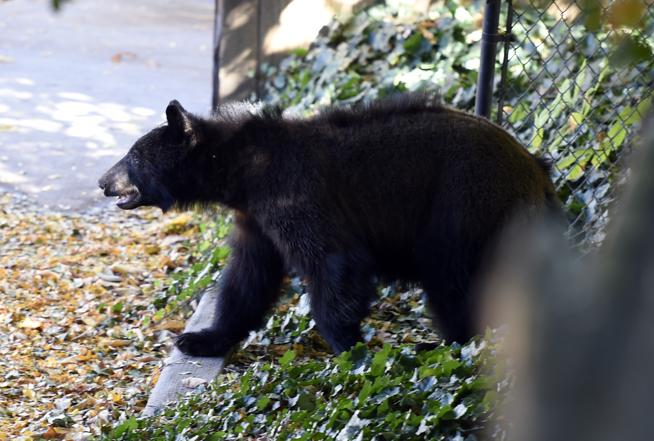 Some new University of Colorado Boulder students got a different kind of orientation on Wednesday, as a bear dashed through campus during move-in.

The reminder of Boulder’s proximity to wildlife comes after a deadly weekend for bears, and just before a town hall to discuss bear activity on Monday.

Today was the first day of Graduate Student Orientation for the English Department and we had a baby bear cub appear outside of our building on campus. Proof that grad school is WILD. #CUBoulder

The town hall meeting, which was scheduled by Colorado Parks and Wildlife before Wednesday’s campus visit, will take place at Foothills Elementary, 1001 Hawthorn Ave., from 6 to 8 p.m. Monday.

“The goal of the meeting is to provide the community with a perspective of how we work to mitigate human-bear issues, what the community can do to help save our bears, and answer questions the public has of the policies that we follow,” said CPW Northeast Region Manager Mark Leslie in a statement. “We all play a role in minimizing interactions with bears by establishing strong ‘Bear Aware’ habits that can help prevent conflicts. We look forward to an open discussion on this.”

In addition to general questions about bear policies and bear aware tips, the meeting will also give residents a chance to bring up specific concerns.

“There were a lot of great questions, and we could get into specifics because it was a more intimate situation,” Clay said.

As an example, Clay compared two incidents. In the first, he brought up the story of a man who was bitten by a bear in an open trash bin in Aspen. In the second, a bear in Lyons was caught on video trying to make off with a dumpster.

A bear breaks through a fence, sniffs around for trash.
The bear backs the trash dumpster out.
The bear tries to get into the dumpster, but cannot.
It tries to take the bear resistant dumpster home with him, but cannot.

Clay noted the bear in Aspen will be killed when it was found, while the bear in Lyons lived to see another day.

“The only difference really was that (in Lyons) it was a bear-proof trashcan, and it was reported to us,” Clay said. “When we can get out ahead of a situation, maybe we can do some hazing. The more people let us know about this, the better we can do.”

“The education process has to be continuous,” Clay said. “A lot of Boulder residents are keen and very good about bear practices, but it’s always good to go over them. And then you have a lot of people who might be unaware.”

After Wednesday, at least a handful of CU Boulder freshmen and their families are definitely aware. Luckily, the bear’s jaunt through move-in day was short lived, as it was last spotted crossing Broadway and heading toward the foothills.

“It was a very challenging day, with all the crowds, and when bears get scared they usually run away or up a tree,” Clay said. “The good news is it was running southwest, away from all the chaos.”

We will be hosting a town hall meeting to discuss wildlife management with @bouldercolorado residents, particularly as it relates to bears, on Monday, Aug. 26.