Founded in 2015, BTC.com, a mining pool owned by Bitmain is one of the largest in the world. BTC.com has dominated the mining pool and had retained its dominance through the first and second quarter of 2019. The mining pool was holding a 15.42% share of the total hash rate in Q1 and a 19.86% share in Q2 of 2019.

As reported by Miner Update, both mining pools have been competing for the first position with an approximate total hash rate of 13.5 EH/s. Additionally, the hash rate hit an ATH on 11 September of 98.52 TH/s and the difficulty level of Bitcoin is seen at its highest of 11.89 trillion. 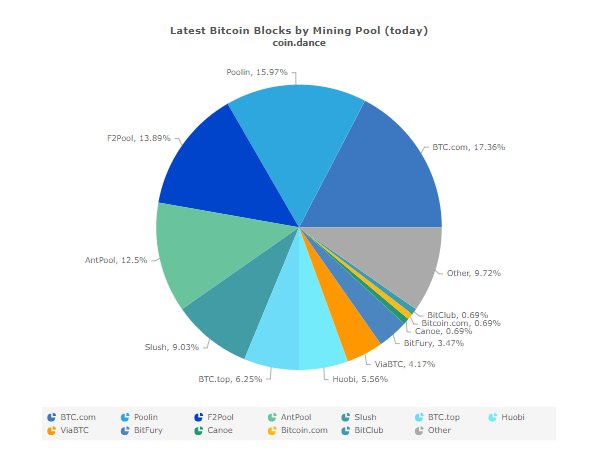