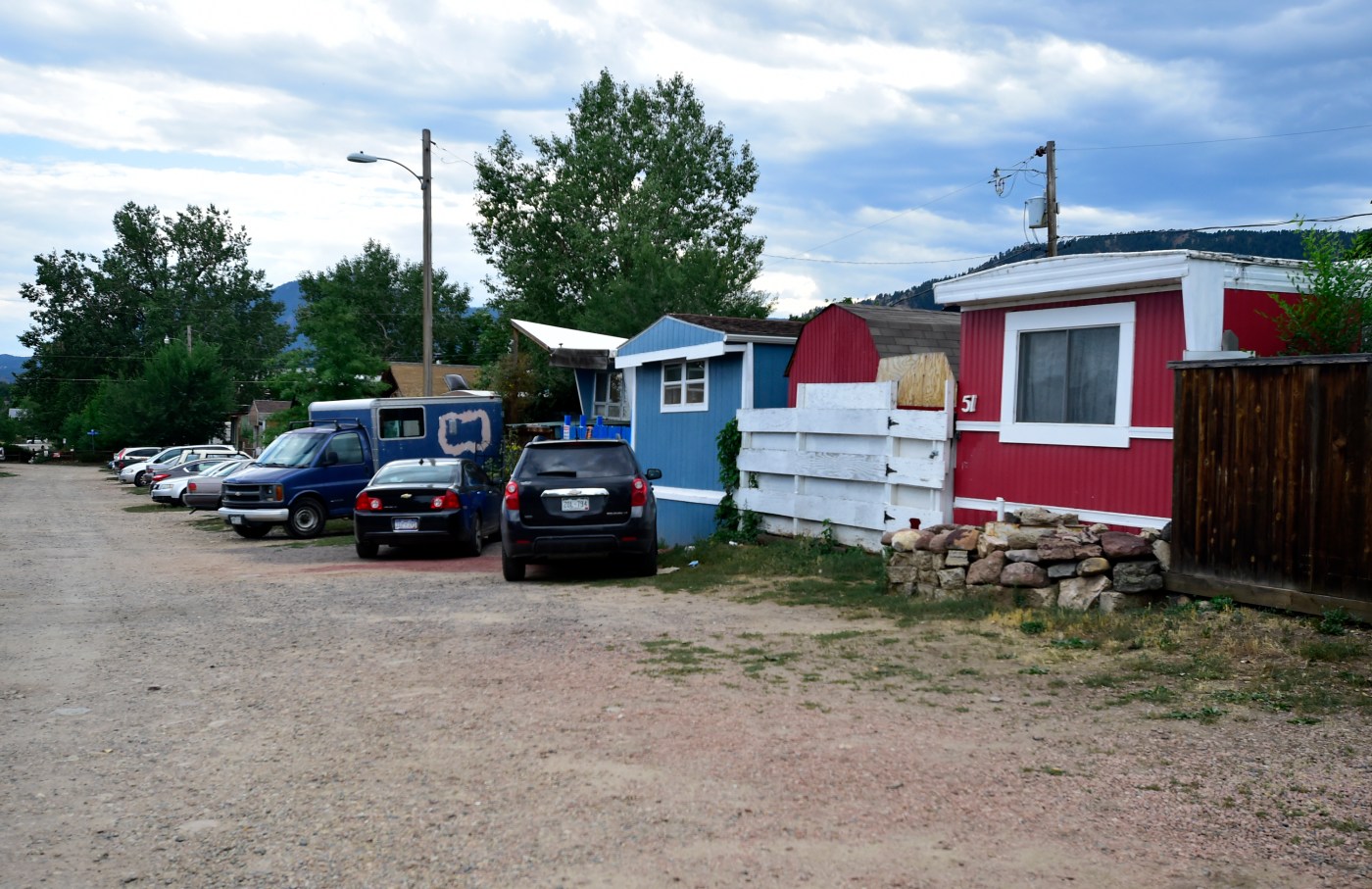 In a decade, Ponderosa Mobile Home Park might no longer host any mobile homes.

Boulder on Tuesday is poised to set in motion replacement over the next 10-plus years of 68 mobile homes in the Ponderosa community on north Broadway.

The city’s goal is to avoid displacing any residents of the mobile home park it purchased for more than $4 million in 2017, partly with federal disaster recovery funds awarded to Boulder in the aftermath of the 2013 floods. An annexation of the 6-plus-acre property, formerly a Boulder County enclave, is underway, with plans to update aging and ineffective water infrastructure.

Mobile homes, almost all of which in Ponderosa are owned by their residents, will be allowed to remain on the property, even as the city sets its sights on replacing the entire neighborhood with 73 fixed-structure, mostly single-family dwellings, with some duplexes, triplexes and four-plexes. Plans call for those homes to be deed-restricted, permanently affordable homes built in partnership with Flatirons Habitat for Humanity.

“As part of the first phase of the development 12 new residential units are located along the west property line in space currently used as informal grassland and overflow parking,” a city memo stated. “These units consist of carriage houses above garages, single-story carriage homes, a duplex and a triplex. … The construction of these homes will allow current residents to move into new homes without having to relocate from the community.”

But even with the objective of retaining as many residents as possible throughout its city-led transformation, some people have already uprooted in part due to misinformation spread through the neighborhood, according to city officials.

Boulder has committed to evaluating a fair price for each mobile home in Ponderosa and purchasing the homes of residents wishing to leave or seek one of the new permanently affordable homes completed after the anticipated 2021 construction start date. But the evaluations have come in lower than some residents believe they should have.

“We are confident that the values are conservative and likely higher than market comparisons,” Firnhaber said. “I am also aware of rumors circulating amongst Ponderosa residents that the city will be discontinuing the option to purchase homes in October. This is not true. … These rumors have unfortunately led to some residents selling their mobile homes to leave the park for fear of not being compensated. We are working on several communication strategies to prevent people from making life-changing decisions based on misinformation.”

Since the city bought the property, 10 families have moved out of Ponderosa, with the city buying eight homes from residents, Boulder spokesperson Zach McGee said. Officials were unable to answer a follow-up inquiry Monday on how much the city paid for the homes.

Other residents, including Charissa Poteet and Zick, worry they will be unable to afford one of the new Habitat-built homes even if they did want their trailers replaced, and some have raised concerns over the possibility of including multi-family structures such as duplexes and triplexes, as they were under an initial impression the replacement plan called for exclusively building detached single-family structures.

Flatirons Habitat of Humanity Executive Director Susan Lythgoe told the Boulder Planning Board every Ponderosa resident the organization has talked with would qualify for one of the new replacement homes, board meeting minutes show.

Flatirons Habitat is expected to largely cover the cost of housing with its array of financing tools, including “sweat equity,” donated materials, volunteer labor and homebuyer financing, McGee said.

Once annexation is complete, residents worry whether the “nonconforming use” label placed on mobile homes under the new zoning and land use designations for the propertycould prevent large repair projects, like rooftop replacements, from gaining city approval, Zick said.

“Existing mobile homes may remain as legal nonconforming uses. Mobile homes will be allowed to remain, but may not be expanded or replaced with another mobile home,” a city staff memo stated.

There is no cost estimate for the city funding required to finish the project as envisioned in the mobile home replacement and annexation plans, officials said.

“It is early in the process, so we don’t have solid numbers to report,” McGee said. “Overall, Ponderosa is expected to be a good investment for the city due to the use of (mostly federal) funds for the purchase of the property. To date, the investment of city funds has been small.”

Though pad rents have remained low, $530 per month, the income from the property largely offset the cost to operate and the costs of community engagement, McGee said. “We anticipate that the local investment of funds will be lower than for other affordable housing,” he said.

A site review of plans for Ponderosa already unanimously approved by Planning Board is on city council’s consent agenda for Tuesday evening, but council members at Monday’s council agenda committee meeting said they expect to discuss the item before approving the consent agenda.