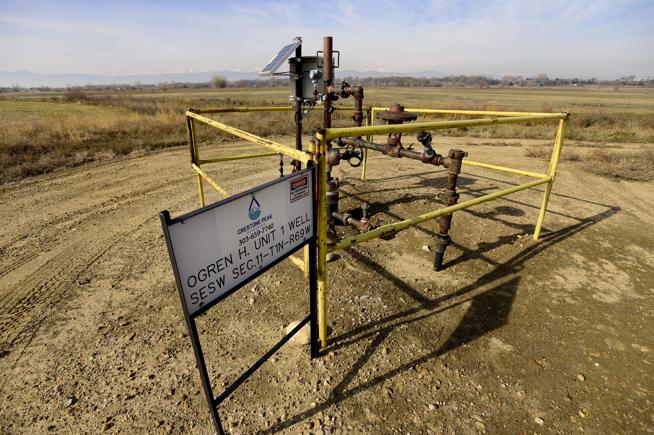 Boulder County District Court in the past month shot down two of Boulder County commissioners’ three lawsuits aimed at blocking large scale fracking operations, but the matters are far from settled.

Commissioners on Tuesday, a day after news broke of the latest courtroom defeat, said they intend to appeal.

“We knew going in that this was going to be a tough fight,” County Commissioner Elise Jones said of the Crestone decision. “With so much at stake for the residents of Boulder County, we are fully prepared to appeal this decision and continue to protect the county’s legal rights and preserve the lands that belong to the county under our open space agreements.”

The suit against Crestone Peak Resources alleged four of the mineral rights leases — which the company was using to establish its right to drill 140 wells on three drilling pads along Colo. 52 north of Erie — had expired or been violated. The suit was filed shortly before the Colorado Oil and Gas Conservation Commission was expected to approve the company’s comprehensive drilling plan.

Those claims were the only ones on which the county proceeded after 20 more civil allegations against the company were dismissed by the court in February because they were considered premature, since Crestone has yet to receive state approval for its drilling plans.

In its ruling in favor of Crestone, the court called the claims “frivolous and groundless.”

The suit against 8 North alleged the company’s proposal for 32 wells on the border of Weld and Boulder counties violated the terms of a conservation easement Boulder County secured for the land, and that the six mineral leases 8 North was using to establish its right to drill prohibit projects as large as the 2,720 acres proposed by the company.

Boulder District Court on Aug. 29 ruled in favor of 8 North, stating the project does not breach the leases and the proposed well pad does not violate the conservation easement.

In addition to filing appeals, the county plans to use new regulatory authority granted to local governments as part of Senate Bill 181. The bill, passed in the previous legislative session, requires Crestone obtain approval from county commissioners before the Colorado Oil and Gas Conservation Commission can green-light the drilling permit.

8 North also will need county approval, but the project is located in Weld County, which is known to be friendlier to oil and gas operators.

Crestone — because of a county moratorium on oil and gas applications unanimously approved in June to provide the county with time to update its oil and gas regulations in light of the passage of Senate Bill 181 — will have to wait until at least March 28, 2020, when the moratorium expires, to submit an application.

If Boulder County eventually approves Crestone’s application for 140 wells on three pads in unincorporated Boulder County, Jason Oates, Crestone’s director of external affairs, said he expects to have to wait for the new permitting rules to be finalized at the Colorado Oil and Gas Conservation Commission before the state would approve the company’s comprehensive drilling plan.

Despite these hurdles, Oates said the company remains confident the project will be approved.

“Crestone is very proud of the plan and what we put forward,” he said, referencing some of the concessions Crestone made as a result of engaging 700 stakeholders and hosting five town hall meetings prior to submitting its application to the state. Concessions included consolidating the project from six to three well pads and moving the drilling site to a more industrial area.

“There’s still a lot of things to be determined, given Boulder (County) still has a moratorium, but we are eager to move forward working with the county and the state on getting this project approved,” he said.

In the company’s news release announcing the victory in Boulder District Court, Crestone noted that an independent study found the development could bring $398 million in tax benefits to the public, including nearly $100 million to Boulder County, more than $240 million to local schools, more than $6 million to water districts and another $50 million to Mountain View Fire District.

Crestone also has committed to capping more than 100 existing wells “using the latest technology to minimize the risk aging wells may pose to health, safety, and the environment,” the release stated.