Monero continued to remain in the limelight after many exchanges started to delist the privacy coin, with many in South Korea doing so citing the FATF’s new travel rule. This time, Monero has caught the attention of the crypto-community for its upgrade towards the end of the year. The protocol upgrade will be carried out to improve Monero’s existing offerings.

This upgrade will include freezing of code, which means that no further changes can be done from the developers’ end. There will be a network upgrade too. In order to enjoy the latest features after the update, users will be required to upgrade their systems to CLI v0.15 or GUI v0.15. Along with these minor upgrades, there are significant number of major changes.

A tetative schedule for the proposed upgrade was decided over a developers’ meeting yesterday. The upgrade, as of now, is planned to take effect on 30 November. 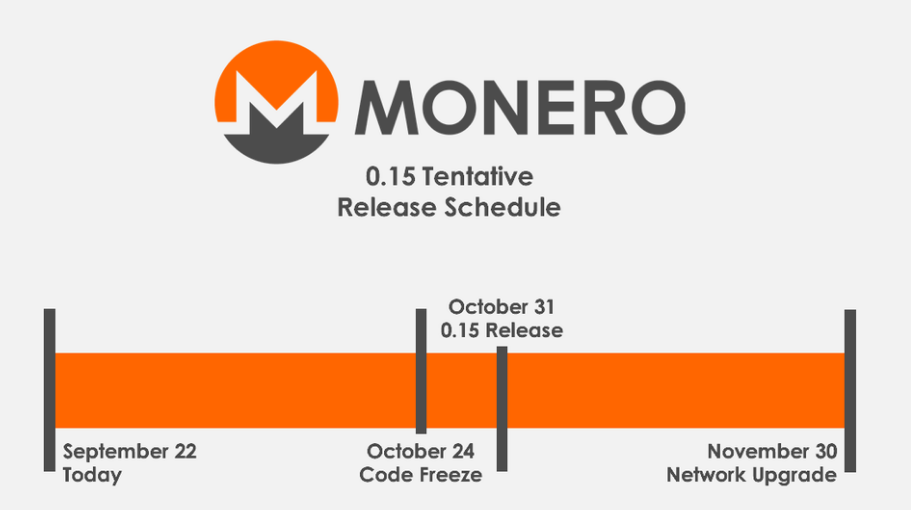 Firstly, a newly developed long-term Proof-of-Work algorithm known as RandomX will be integrated. Thus, miners will be required to upgrade the existing software. Moreover, long payment IDs will be eliminated so that user experience can be enhanced. This step will also ensure that the privacy feature for users will be improved later, post the update. With the transaction update, the minimum requirement for the transactions will become at least two transactions.

The last update will incorporate the lock time of the incoming transactions. Post upgrade, it will be fixed to ten blocks; that is, approximately twenty minutes lock time for all incoming transactions implemented over the protocol level. All these actions are considered vital for improving the existing privacy features over the Monero network.