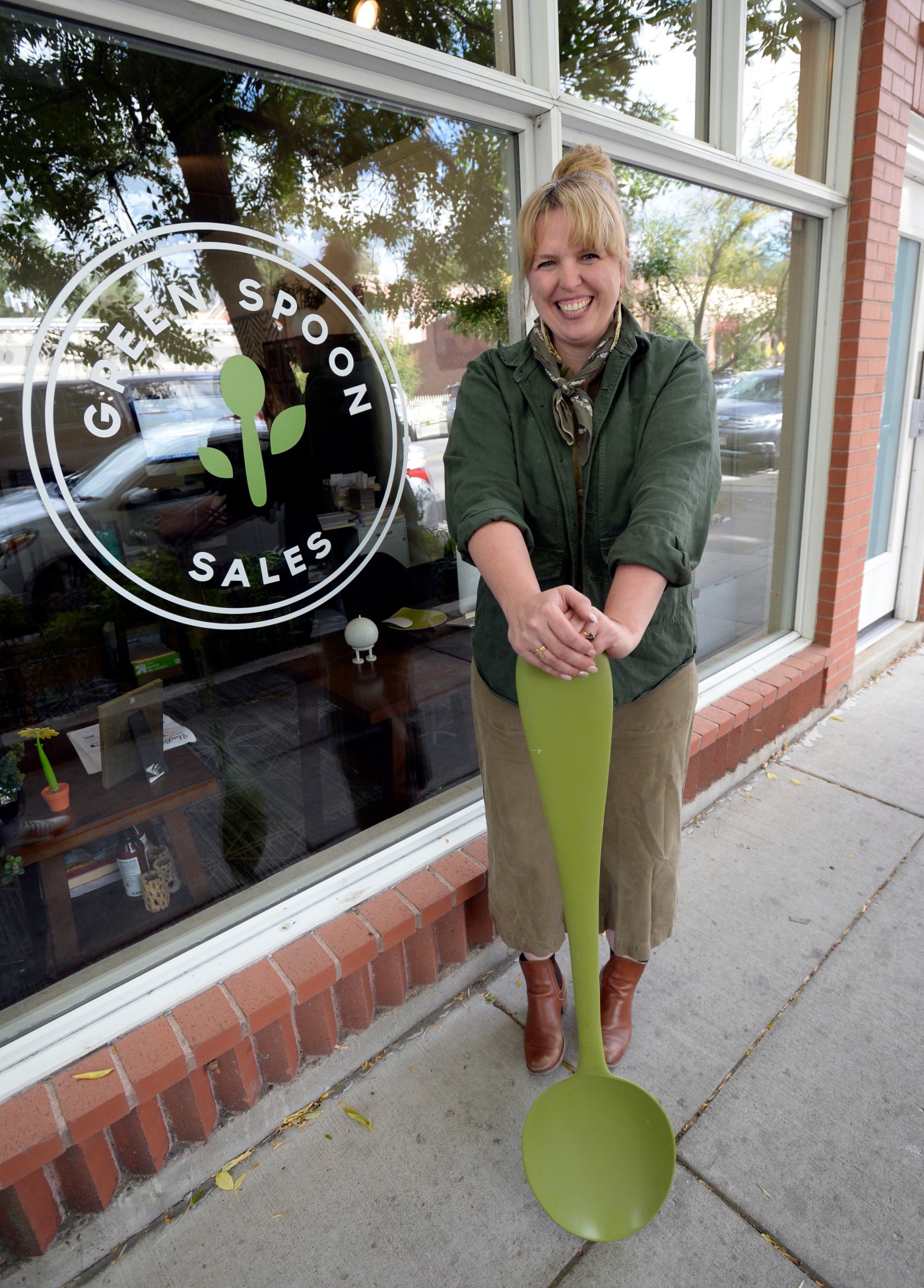 A stay-at home mom’s desire to help friends by giving food demos on their behalf at Whole Foods Market turned out to be the push Kari Pedriana needed to launch Green Spoon Sales with her husband, Matt Bauman.

Boulder-based Green Spoon provides sales and marketing support to brands in the natural and organic food and beverage industry. It helps them gain access to retail stores, shelf space and help drive sales through promotions.

The whole brokerage business was run in an old-fashioned way, and was dominated by a few big players, Pedriana said. Smaller brands were getting lost, because brokerage companies were too large.

“We wanted to change that. We realized the brokerage side of the industry needed a facelift,” she said.

Since its start in 2010, Green Spoon has focused on smaller brands craving attention, she said.  Her husband’s background as a food industry professional helped open many doors, she admits. But building a client base with a lineup of disruptive startups and established brands wasn’t a cakewalk, she said. At times getting access to the right people in the industry was difficult given the company’s smaller size.

“There were a lot of roadblocks, but I’m not the one to give up,” she said.

In less than a decade, Green Spoon has expanded from the Rocky Mountain region, to theSouthwest, the Midwest, the Mid-Atlantic and the Northeast. Recently, the company expanded to the West Coast in southern California, northern California and the Pacific Northwest to complete its national expansion.

“It will help us support our brand in those places,” Pedriana said.

Tony’s Chocolonely (a Dutch chocolate maker) has grown in the United States in tandem with the expansion of Green Spoon, said Peter Zandee, business development manager for Tony’s, which claims to produce 100% slave-free chocolate.

“We started selling chocolates in Portland, Ore., about four years ago. Since we began working with Green Spoon in 2016, we have had a very solid presence in the channels we were targeting,” he said.

Green Spoon’s relationships with buyers, both at the corporate and the store level, has helped Tony’s as a brand.

“It’s not just about selling chocolates, but creating awareness of child slave labor in the chocolate industry,” Zandee said.

Green Spoon is a true advocate of the brand, he said.

Kristy Lewis, founder and CEO of Louisville-based Quinn, makers of a variety of pretzels and microwave popcorn, vouches for the company’s increased sales and widened brand exposure since it began working Pedriana’s company.

“I completely trust the Green Spoon team is representing our brand as its own,” she said.

“It has helped. We are excited to be a part of its ongoing growth,” Lewis said.

Green Spoon boasts 75 employees and is in line to hire an additional 25 to  support its expansion by early next year, Pedriana said. For business reasons, she didn’t want to divulge the number of clients or the sectors they represent.

“We are supporting a lot of brands in paleo and keto space,” she said.

One of Green Spoon’s clients, Primal Nutrition, L.L.C., maker of Primal Kitchen condiments, sauces, dressings and snacks, was acquired by the Kraft Heinz Company in a deal that closed in January.

“The brokerage business is a people business. It’s based on building relationships,” she said.