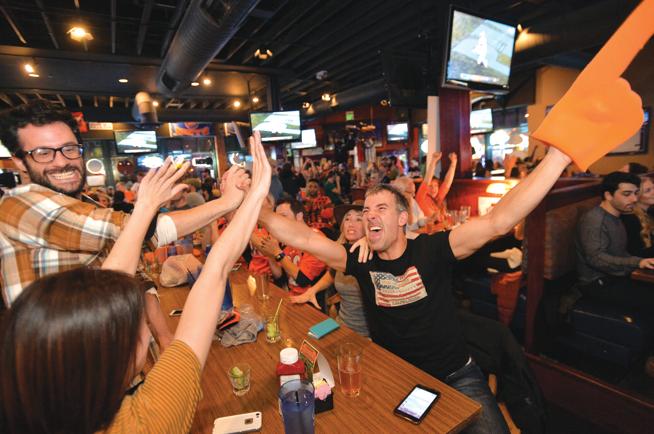 Boulder’s Lazy Dog Bar & Grill will close for good on Sunday after the Bronco’s game.

Owner Steve Ross wants to retire after a successful run of more than 22 years in the city. “It’s been a wonderful experience. I love Boulder,” said Ross, also a partner in the real estate at 1346 Pearl St., the home of Lazy Dog. The property was sold last month for $8.3 million to The W.W. Reynolds Companies, a commercial real estate development, leasing, and professional property management firm.

Ross said there was no pressure on him from the new owner to leave.

“I made the decision to leave. Boulder is the best town in America. I walk away in appreciation. ” he said.

In March when Ross put up the Pearl Street building for sale for an asking price of $9 million, he had said, ‘the building will continue to be the home to Lazy Dog for years to come.’

Lazy Dog locations in Erie and Johnstown will continue to operate as usual. “They are going gangbusters. I have managers managing them,” Ross said.

The Boulder Lazy Dog has 65 employees, and about a dozen of them will continue working for Lazy Dog in other two locations. Lazy Dog employees knew of the closure for months, according to Ross.

“They stood by us and acted in a professional manner about it. We’ll have a party for them the night we close,” he said.

Boulder customers have been loyal and kind, he said, adding they’ll have to visit Lazy Dog in Erie or Johnstown if they miss their “favorite place.”

“I’ll miss the nachos. Steve’s has been a great success story,” said Chip, CEO of the Downtown Boulder Partnership.

It provides a new project opportunity at the Lazy Dog location, he said, adding the owner of the building, The W.W. Reynolds Companies, has done a lot of great work in the area.

The two-story building housing Lazy Dog dates to 1949 and measures 12,300 square feet. Before Lazy Dog occupied the building, it was one of three locations for now-defunct Rocky Mountain Records & Tapes. .

In 2008, the building was sold for $2.5 million, according to Boulder County records. Since then, the building has seen numerous updates and investments.