Poker Central is launching what they dub as “poker majors” this fall in the form of the inaugural British Poker Open and Super High Roller Bowl London. Both high roller events will air on PokerGo. 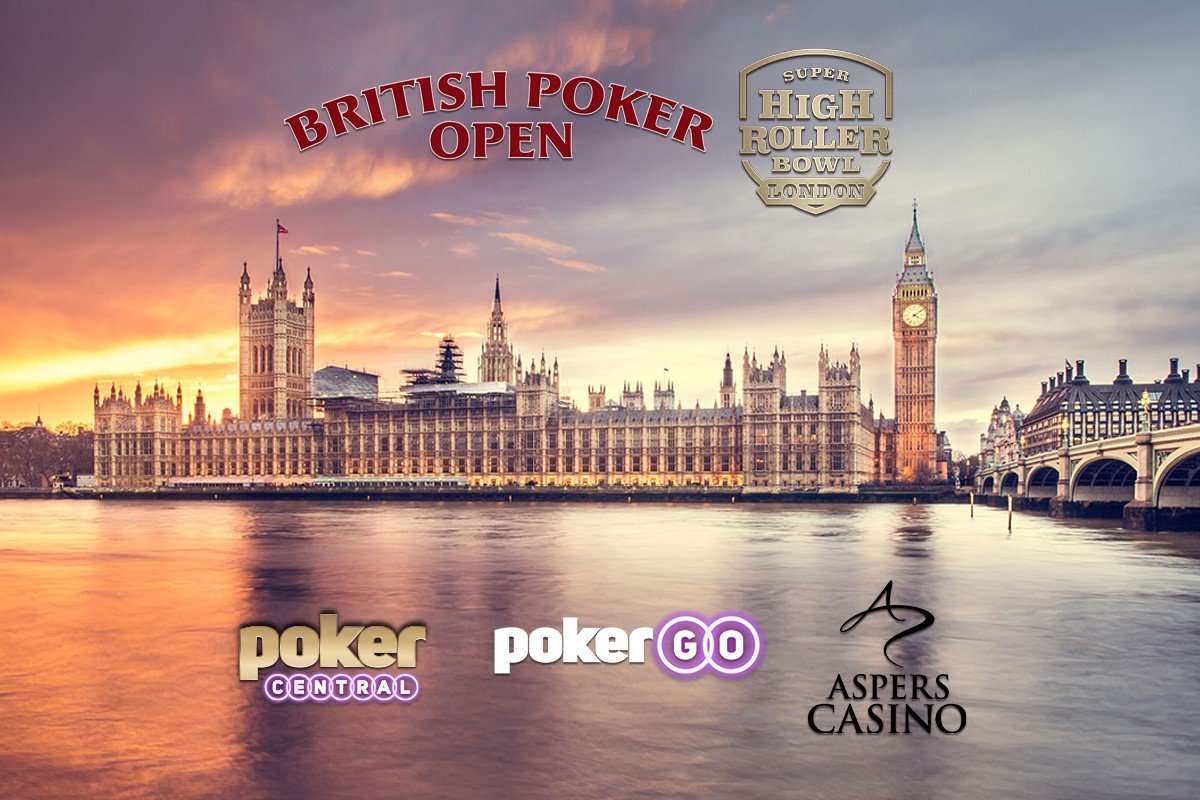 The poker media company that apparently gets to define the term “major” shared in a press release details of the new high-stakes events. Both will run at Aspers Casino in London in September. The new poker tournaments are part of Poker Central’s effort to expand its coverage to the European market.

PokerGo, a Poker Central-owned poker app, is available – for a monthly fee – on Roku and other streaming devices. You can watch episodes of old legendary poker shows such as “Poker After Dark,” or new, original programming such as the World Series of Poker.

Most high roller events occur in the United States. More specifically, in Las Vegas as the PokerGo Studio on the Strip. But Poker Central is bringing some new high-stakes tournaments to Europe.

The first series is the British Poker Open which runs Septembers 3-12  at Aspers Casino in London, England. There will be 10 different events during the series with buy-ins ranging from £10,000 to £25,000. A full schedule hasn’t yet been released but we expect to see one in the coming days.

All of these tournaments will be live streamed on PokerGo. The Las Vegas version of the Super High Roller Bowl has seen five different pros win millions of dollars. Issac Haxton won SHRB V in December for $3.7 million. Justin Bonomo, Christoph Vogelsang, Rainer Kempe, and Brian Rast have also won the high-roller event. Rast had the biggest score – $7.5 million – when he won it in 2015, the inaugural year. The buy-in was $500,000 the first year.

What is a Poker ‘Major?’

In golf, for example, there are four major tournaments – Masters, US Open, PGA Championship, and The Open Championship (formerly British Open) – which are the most important and prestigious events each year. These events, for the simple fact that they are “majors,” draw the most attention from golf fans.

Each golf major has been around for more than 50 years. They’re established tournaments with history and tradition much like the World Series of Poker. So, it may seem strange to some to read that Poker Central has dubbed an event that is in its first year a “major.”

But then again, what is a poker major? That is up to the players, media, and fans to decide.