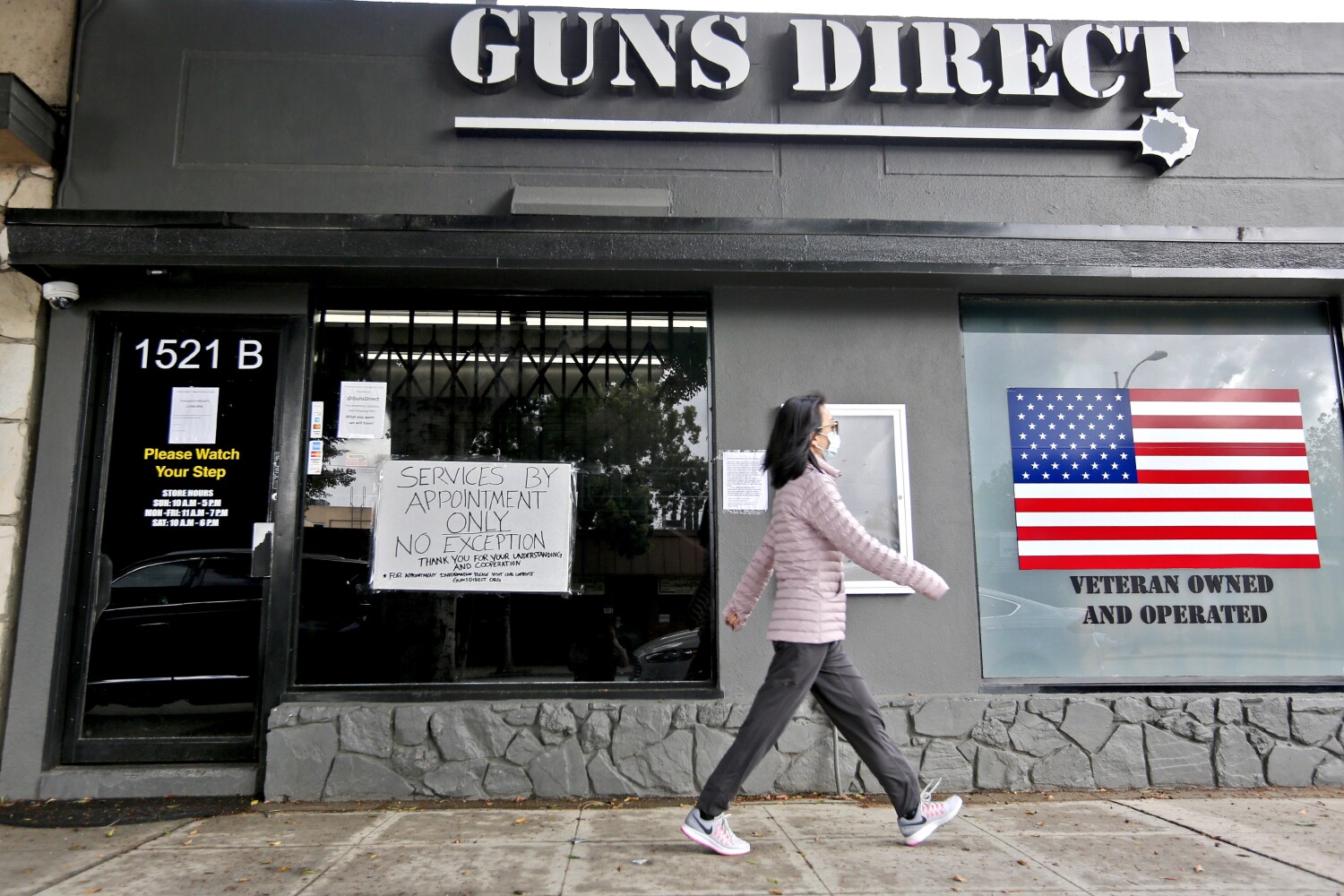 Burbank has instituted a 45-day moratorium on new gun retailers as the city considers whether to enact new restrictions on firearms sellers.

The City Council voted unanimously Tuesday to implement the moratorium, which took effect immediately, and direct city staff to use the time to research potential changes to gun ordinances.

The changes could include indefinitely suspending the issuance of new licenses, allowing the number of gun stores in Burbank to decline through attrition, establishing more requirements for retailers to renew licenses and enacting new zoning rules to prevent gun stores from opening near schools or other “sensitive use” areas.

Burbank has 14 licensed gun dealers, or one for every 7,386 residents — a concentration nearly 15 times greater than in the city of Los Angeles, according to a staff report commissioned this year to study gun stores in Burbank and their effects on crime.

The concentration is also higher than in cities such as Pasadena and Glendale, the report said.

“We hear and understand the community’s concerns regarding firearms and firearm retailers in Burbank,” Mayor Jess Tamalantes said in a statement, “which is why City Council advocates for measures that seek to keep our community safe while also protecting an individual’s right to lawfully bear arms under the Second Amendment.”

The review did not find that firearms dealers created “an inordinate demand for public safety services,” city officials said in a release, but “their congregation along critical commercial corridors raises concerns for sustainable and economically diverse retail areas.”

The council also said it would consider implementing ordinances regarding ghost guns and a gun buyback program.