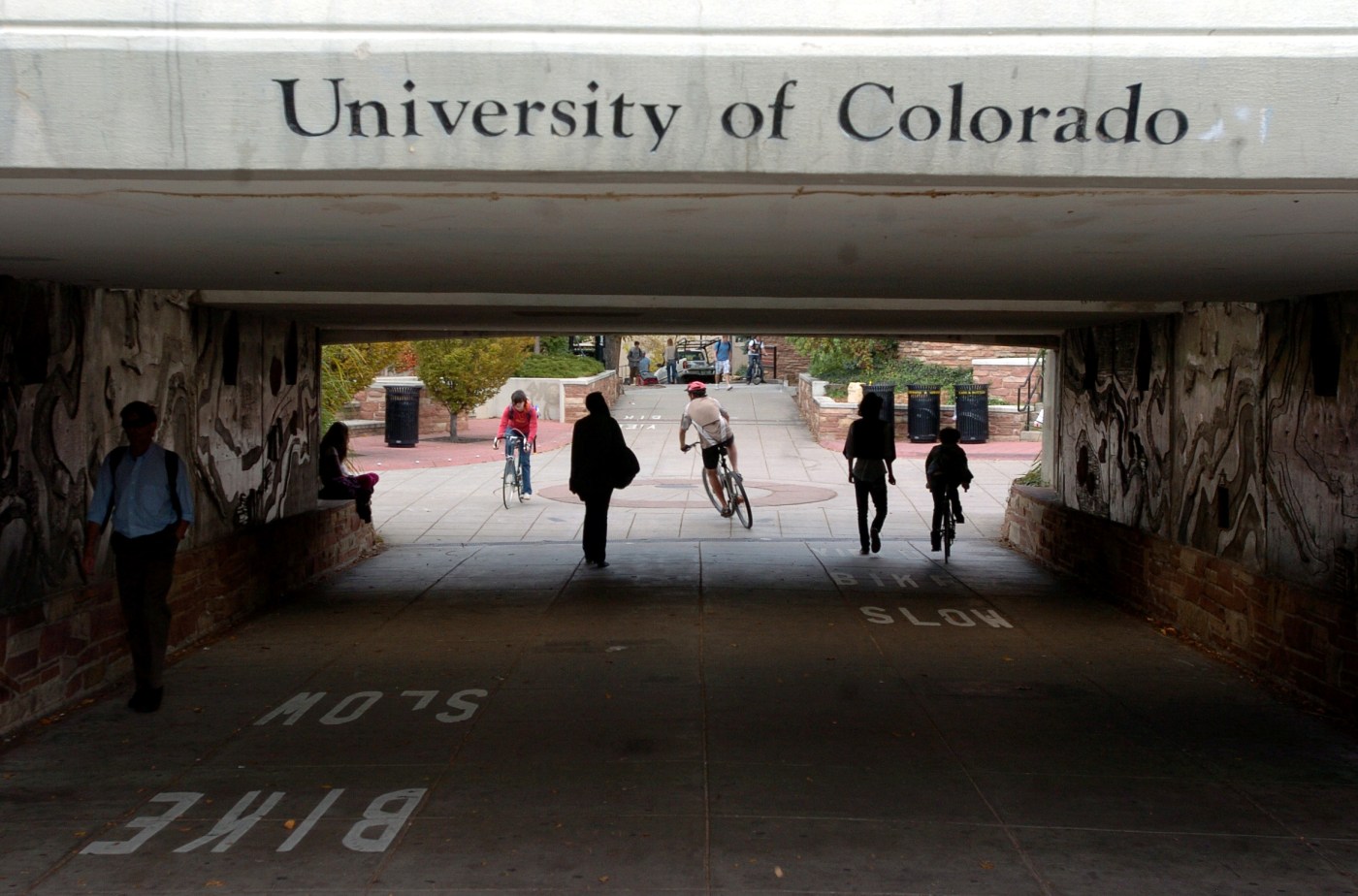 The Daily Camera filed a lawsuit in Denver District Court today seeking to compel the University of Colorado to comply with the newspaper’s requests for the names of other finalists who were considered during the process that led to the hiring of Mark Kennedy as the new president of the state’s flagship university system.

Kennedy was approved May 2 as the replacement for the retiring Bruce Benson in a 5-4 vote by the regents, following a contentious search process in which Kennedy had been publicly identified as the lone finalist. The identities of five other candidates interviewed by regents for the top position at CU have never been disclosed.

The university has refused two separate requests by the Camera asking for other finalists’ names under the Colorado Open Records Act, and for the names of the candidates ultimately interviewed by the Board of Regents.

“We attempted to negotiate through our attorneys with the administration and the regents to have them do the right thing and release information on all the finalists for the university president,” Camera publisher Al Manzi said. “The regents determined they would not offer any transparency.

“The Camera was forced to file a lawsuit in order to protect the public’s right to the information. We feel certain we will prevail and the university will be required to release the information we are seeking.”

Julie Vossler-Henderson, central news editor for the Camera, stressed the newspaper’s role as advocate for the public’s right to oversight of the publicly elected regents’ decisions.

“The public has the right to know the names of the other five finalists interviewed by the regents as outlined in the CORA statute,” Vossler-Henderson said.

“The regents, who are elected officials, seem to be asking the public to trust them that they’ve made the right choice for system president without providing the public the opportunity to compare Mark Kennedy’s record and application materials with those of the other finalists. Furthermore, it is our duty as journalists to safeguard and fight for the public’s right to public information.”

Kennedy’s hiring drew widespread criticism from across several university constituencies. Kennedy, who most recently had served as president of the University of North Dakota, was labeled by some as a mediocre candidate. Critics pointed to his conservative record as a member of Congress representing Minnesota from 2001 to 2007. Others claimed his values did not reflect those of CU as a whole. His performance in a series of open forums at each of the university’s four campuses also garnered highly mixed reviews.

Kennedy was named during a special board meeting of the regents on April 10 as the sole finalist produced by the search committee, which had whittled a list of 28 people interviewed by that committee — from an initial pool of more than 100 applicants — down to six names. Each of those six was interviewed by the regents.

Demonstrations on the University of Colorado Boulder campus erupted April 11. Protesters expressed concerns about Kennedy’s record in Congress, and also cited what they perceived as a lack of transparency in the hiring process.

Hearing nothing, the Camera followed up with an email on June 12, and then received a response from the regents’ custodian of records the following day, denying the reporter’s May 24 request.

The CU records custodian cited two statutory provisions arguing that they protected from disclosure the records of anyone who is not a finalist. That set up a debate over whether “finalist” means the one name put forward by CU publicly, or whether it means the six individuals who advanced to the final round of interviews with the regents, or even the 28 interviewed by the search committee.

That request was denied by the regents on July 23 as it applied to all candidates except for Kennedy, on similar grounds as the first denial.

On Aug. 12, Boulder-based attorney Robert Gunning wrote to the Board of Regents on the Camera’s behalf to request a meeting to discuss the two sides’ “competing positions” on the record disclosure. The letter stated that if the meeting could not be accomplished within a two-week window, the Camera would file a court action seeking a “show cause” order, forcing the university to permit inspection of the requested records.

The Aug. 12 notice by Gunning to CU also pointed out that the Board of Regents’ responses fell outside the statutory timeline provision set by state open records laws at three working days.

It also cited the 1994 House bill that originally established the confidentiality of people competing for certain executive government positions, which the letter stated represented a compromise between the state college system and the Colorado Press Association.

Additionally, the Aug.12 notice by Gunning pointed out that one of the statutes relied upon by the board in denying the records request sets a specific time frame for when finalists’ names must be made public. That is no later than 14 days prior to appointing or employing one of the finalists to fill the position.

According to the Camera’s lawsuit, regents and their lawyer met in executive session Sept. 12.

The Camera’s filing asks that a show cause hearing be set “at the earliest practical time,” and seeks a “declaratory judgment finding that the requested public records are subject to disclosure and not exempt” under state open records laws, and are therefore subject to public access. It additionally asks for an order awarding the Camera recovery of its “reasonable attorney fees and costs.”

“The public’s right to know the identity of the other finalists is vital to ensure transparency and accountability in the presidential selection process,” said Gunning, the Camera’s attorney. “CORA provides this right. Through this litigation, the Daily Camera seeks to vindicate this right to shed light on the present and future presidential search processes.”

Kennedy’s contract provides a first-year base salary of $650,000, plus incentives, which included a initiating a strategic plan, visiting rural communities; reaching out to donors, alumni and government leaders, and starting a campaign to promote diversity and inclusion.

He also received a one-time moving expense of $80,000, $15,000 for car expenses and money to be initiated into a social or country club.