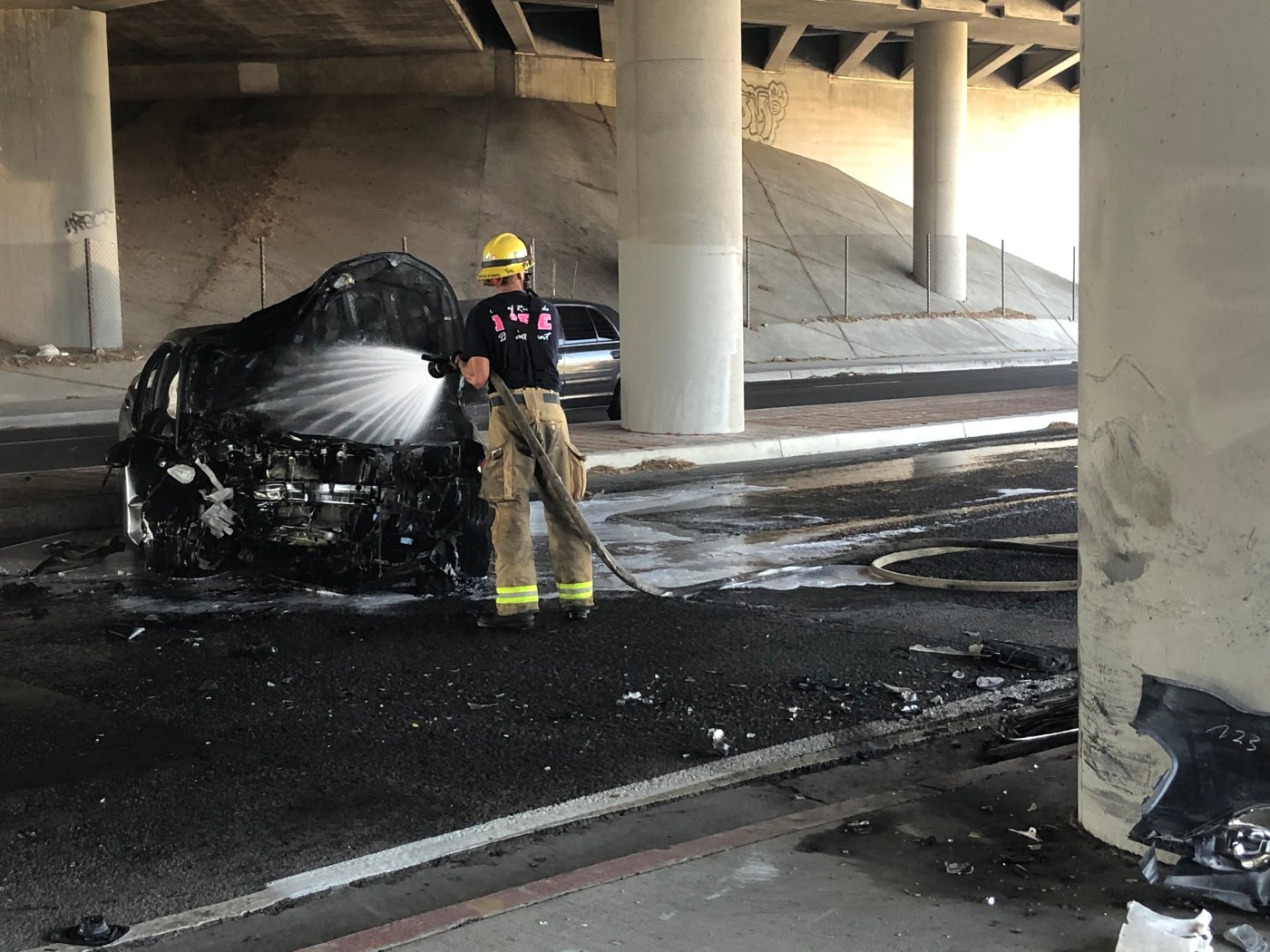 An 87-year-old Colton man who was rescued from his burning car after it crashed in Riverside on Tuesday, Oct. 16, died later that evening, the Riverside County Coroner’s Office said Wednesday.

The coroner identified the driver as Amos Eubanks.

About 12:45 p.m. Tuesday, Eubanks was driving north on Chicago Avenue, just south of Spruce Street, when his car drifted off the road and struck a pillar beneath the 215 Freeway overpass, the Riverside Police Department said.

The sedan caught fire, but passersby broke a window and pulled Eubanks out. Riverside city firefighters treated Eubanks. He was hospitalized in critical condition and underwent surgery. He died at 6:20 p.m. at Riverside Community Hospital, the coroner said.