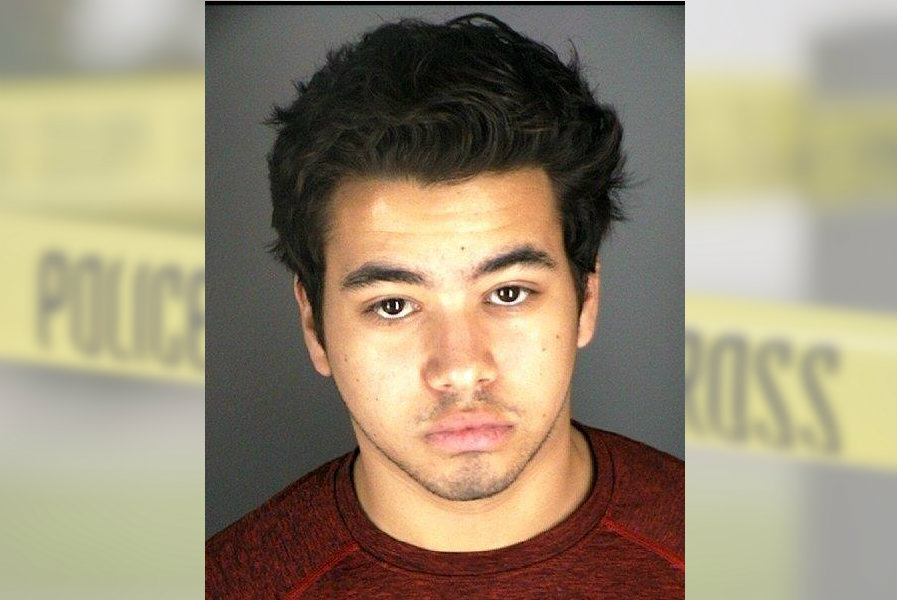 A former University of Colorado Boulder student convicted of sexually assaulting two women was sentenced to 16 years to life in prison on Friday.

Omar Abughalib, 22, was convicted of three counts of sexual assault and two counts of unlawful sexual contact following a two-week trial in April.

He was found not guilty on two counts of assault and two additional counts of sexual assault.

Boulder District Judge Judith LaBuda sentenced Abughalib to six years in prison on two of the sexual assault counts and six years on the two sexual contact counts, but ordered them to be served consecutive to each other, totaling 16 years in prison.

However, the charges are subject to Colorado’s indeterminate sentencing laws, which means Abughalib will have to complete sex offender treatment and then apply for parole before he can be released, even after the 16 years.

If he is released, Abughalib will have to serve 10 years to life on parole.

On the last sexual assault count, LaBuda sentenced Abughalib to 20 years of sex offender intensive supervised probation, which will run alongside the parole.

Looking out on a courtroom full of friends for both Abughalib and the victims, LaBuda lamented at the lives this case has affected.

“You are all really young people, and it’s hard to sit out here and look at how young you all are and what has happened to your lives over these incidents,” LaBuda said.

Prosecutors said Abughalib sexually assaulted two women, one a friend and another that he was in a relationship with, while two other women testified during his trial that they were the victims of sexual violence at the hands of Abughalib.

“This defendant is a serial rapist,” Deputy District Attorney Christine Rinke told LaBuda at sentencing. “He raped multiple women, he continued to do so and continued to manipulate  them, and continued to sexually assault multiple people over that period of time.”

Abughalib’s attorney Pamela Mackey said Abughalib would be appealing his case, and therefore told him not to address the facts of his case in court or during his presentence report and psycho-sexual evaluation.

Abughalib did address LaBuda and thanked his family and friends, though he did not address the charges other than to say, “I have tremendous respect for women.”

“Sexual assault is wrong,” Abughalib said. “There is no excuse for sexual assault or violence of any kind toward women, and I would never turn a blind eye or condone such conduct.”

In her comments to the judge, Mackey asked LaBuda to take into account that the jury acquitted Abughalib on three counts.

“The landscape of when sex becomes a crime is uncertain, particularly against the backdrop of consensual, rough sex,” Mackey said. “The jury’s verdict reflects this difficulty.”

But Rinke said Abughalib’s lack of accepting responsibility was an aggravating factor.

“Rape is not a mistake, it’s not a misunderstanding or a misconception, or rough sex gone too far,” Rinke said. “It’s one of the most traumatic events that can happen to a person.”

Neither of the victims were in court, but both of their mothers spoke to LaBuda on behalf of their daughters. Rinke also read a letter from one of the survivors in court.

“We were surely not the only victims, but we will see to it that we are the last,” the letter read. “The people you thought you could own are free, the power you thought you had is lost, and the lives you destroyed are being rebuilt.”

Abughalib, who was expelled from CU Boulder following the allegations, said he hoped to still finish his degree someday, though he knew his goal of being a doctor could no longer be realized.

“My new goal is to get involved in the legal system and have positive impact on people like me,” Abughalib said. “Give me the chance to pursue my dreams.”

But while LaBuda acknowledged Abughalib’s support system and drive in school were mitigating factors, she was concerned about his risk to reoffend, given his lack of apparent remorse or acceptance of responsibility in the case, even given the pending appeal.

“It’s concerning that the (presentence investigation), (psycho-sexual evaluation) found that the defendant’s prognosis for treatment was poor because of the lack of acceptance of the need for sex offender treatment,” LaBuda said.

Abughalib was remanded into custody following the hearing to begin serving his sentence.