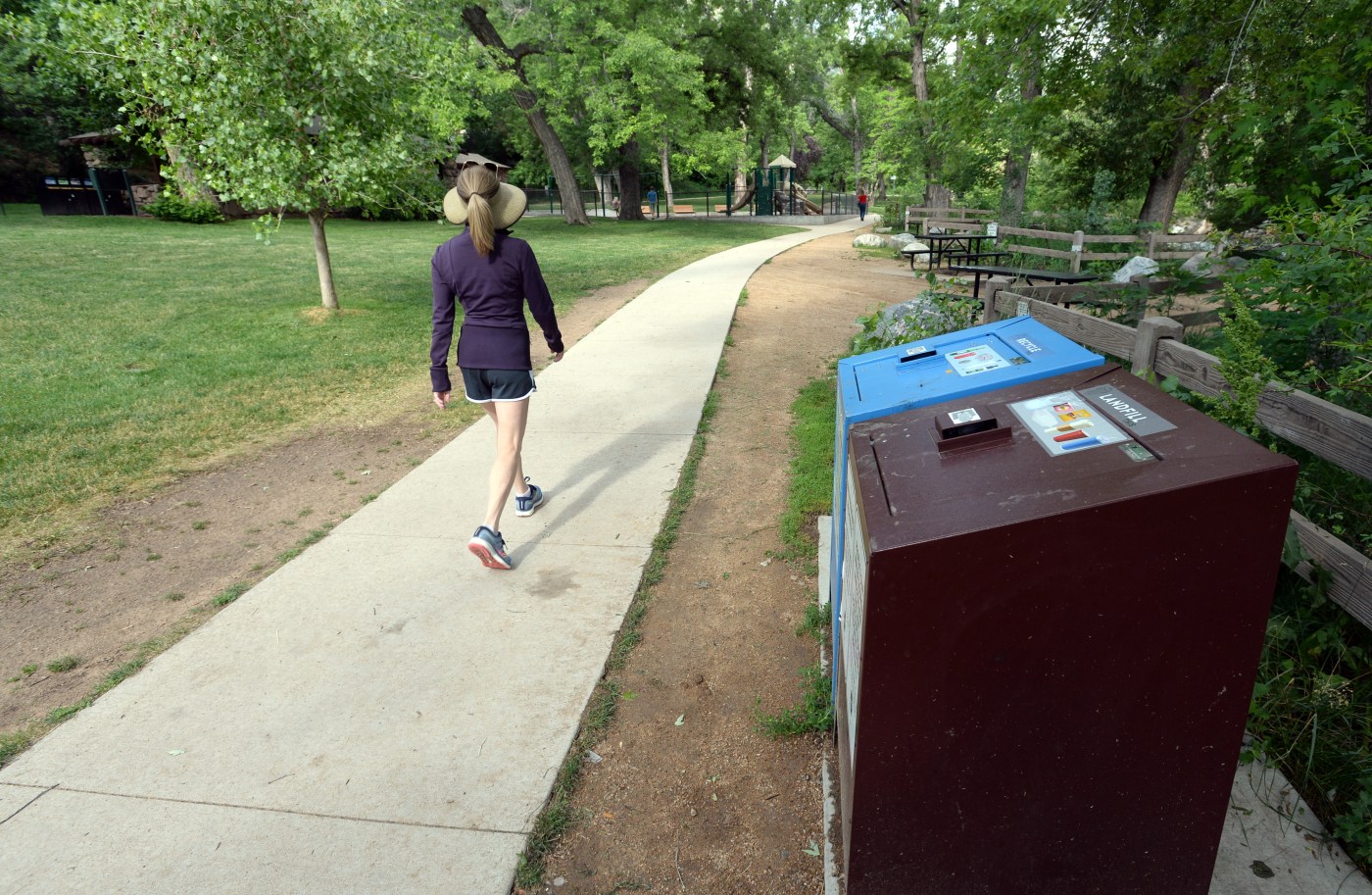 Fourth of July revelers congregated in Eben G. Fine Park on Thursday, but their celebrations appeared to be more contained than in years past. At the least, their trash was.

Aside from the errant pool noodle and a small collection of bottled waters, trash was mostly contained in the park’s bins and in trash bags next to the bins Friday morning. Runners crisscrossed the park and warmed up in its grass as city staff cleared away the trash.

Last year’s cleanup effort began at the crack of dawn and lasted until about noon, city spokeswoman Denise White said. This year, a smaller crew arrived after 7 a.m. and was done by 8 a.m.

“Cleanup was much easier this year,” she said.

“Most of visitors were receptive to the park rules, and keeping it family friendly for everyone,” White said.

Further information, including the numbers of parking tickets, vehicles towed and community calls, was not yet available as of Friday afternoon. City staff doesn’t track park usage numbers.

Although there were dozens of alcohol-related tickets and the outdoor party vibe, the celebration didn’t have any significant issues, Boulder Police Sgt. Michael Heath said.

“Otherwise, it was a fairly safe and uneventful Fourth of July,” he said, adding he would personally recommend implementing a similar approach next year.

In the coming weeks and once the other data is finalized, staff will chart a course for next year. Although the city’s messaging likely played a part, other factors, such as the the tubing ban put into effect Wednesday afternoon, could’ve affected turnout, too, White said.

“We’ll probably stay the course, but won’t know more until after we have a debrief,” White said. “… We’re pretty happy with how things went.”