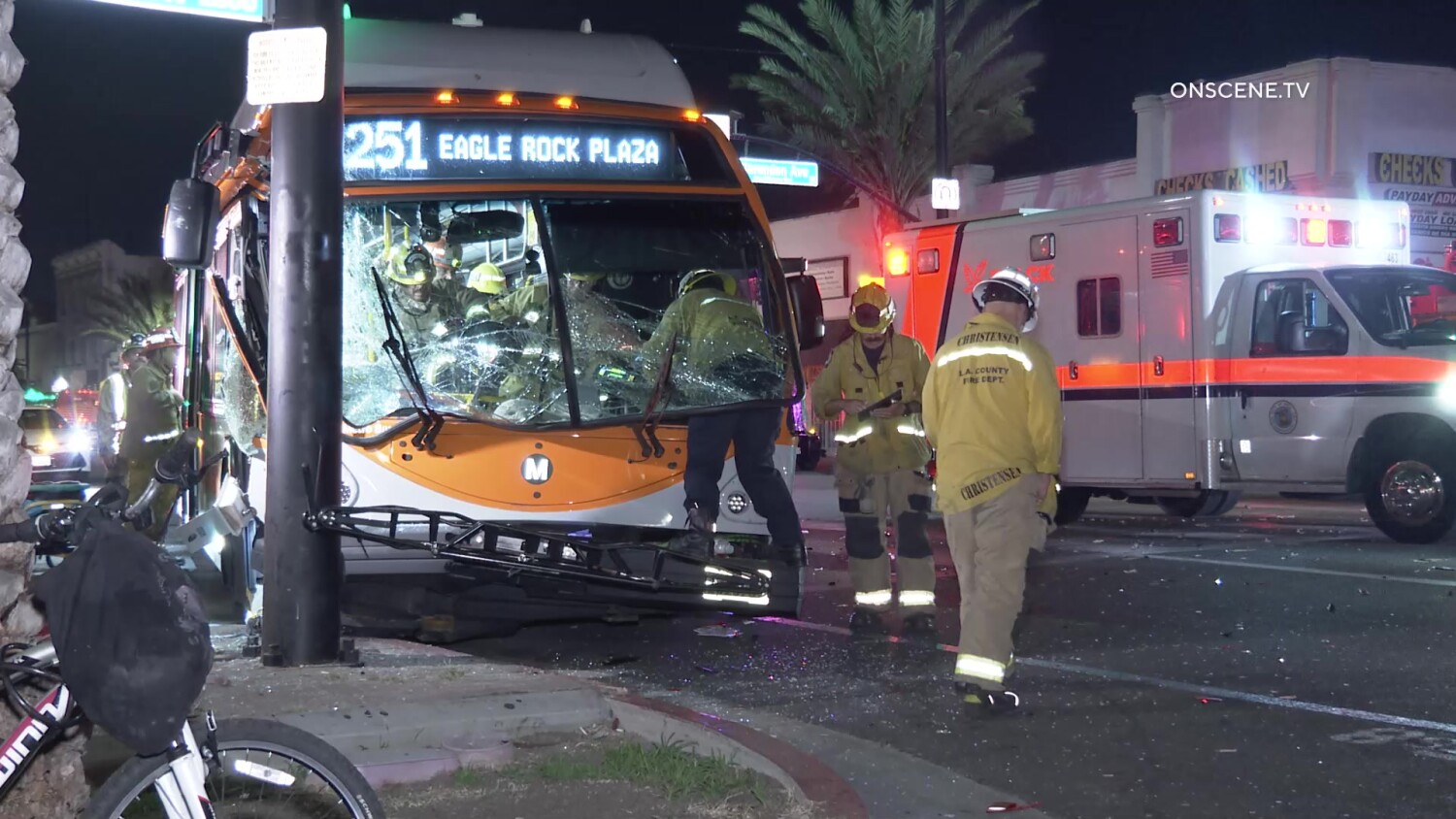 The bus and the car were “involved in a head-on collision,” said Rick Jager, a Metro spokesperson.

Preliminary investigation suggests that the bus was T-boned, causing it to slam directly into a light pole, Verdiell said.

The hit-and-run driver was behind the wheel of a silver 2000 Scion tC, Verdiell said, and reportedly fled the scene on foot.

“Metro will continue to work with local law enforcement to determine the exact cause of the accident,” Jager said. “The traffic accident at this time remains under investigation.”

The bus driver sustained injuries to the leg, Jager said. Footage from the scene shows the driver was trapped in the wreckage and was freed by fire officials who had to cut them out of the seat.

Two passengers on the bus also suffered injuries. Footage from the scene shows responding crews pulling all three people out of the bus and onto stretchers. They were taken to the hospital by ambulance, Verdiell said.

Police are investigating this incident and looking for the driver who fled.

“The remaining passengers boarded the next bus and completed the trip,” Jager said. “No other service impacts as a result of the early morning accident.”