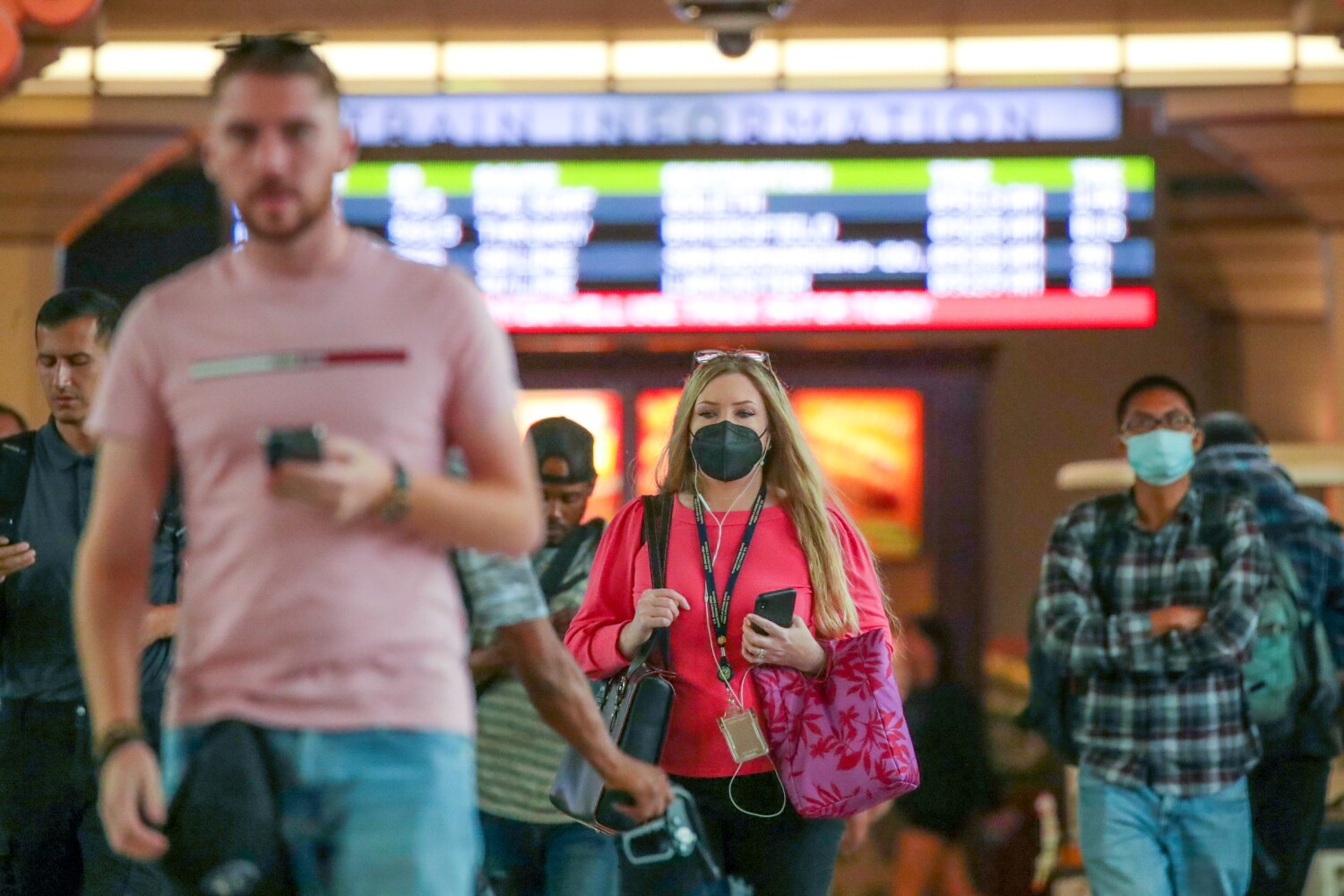 But that does not mean L.A. County is out of the woods.

Despite recent improvements, L.A. County is still wrestling with an immense amount of coronavirus transmission. The latest case rate remains far above the peak of last summer’s Delta surge, and officials note the tally is likely a significant undercount due to the widespread use of at-home tests.

Here is a look at where we are:

What is going on?

The decline in cases could be attributable to a number of factors.

As coronavirus cases have climbed in recent weeks, and hospitalizations have worsened, a number of businesses in L.A. County have tightened up on COVID-19 restrictions.

About a month ago, hospitalization levels passed a threshold that triggered the TV and film industry in the L.A. area to resume certain indoor masking requirements.

Some organizations also decided to cancel or postpone gatherings or move them outside. In shifting its in-person summer tour to virtual sessions, the Television Critics Assn. cited growing concerns about the surge, fueled by the hyper-contagious BA.5 subvariant, and the potential for a new mask mandate in L.A. County as reasons why “shows in production cannot or do not want to break COVID bubbles” and “producers, writers, talent, and publicists are not willing to appear in person.”

It remains unclear whether BA.5 is starting to run out of people to infect, Ferrer said.

With the current prevalence of cases, in a group of 50 people, there’s a 60% to 70% likelihood that someone is infected, she said.

“I would strongly advise that everyone keep their masks on,” Ferrer said.

For now, indoor masks remain strongly encouraged but not mandatory in most places.