Is Bitcoin inclining towards a sell-off period or is it just another minor dip?


When it comes to describing Bitcoin, the crypto community echos terminologies around decentralized asset, the money of the future, and fiat’s replacement. However, BTC’s silver lining has always been found in its ability to spike faster than any other traditional asset, making overnight millionaires a reality.

Almost after a year of a bearish market, 2019 marked Bitcoin’s comeback as it witnessed an uptrend from just under $4000 to above $11,000. Contrary to this trend, BTC’s recent slump has raised numerous speculations within the community.

Is the sell-off season in?

Given its high degree of volatility, the Bitcoin market witnessed price turbulence, exhibiting major hikes and flash falls under a short period of time. This has forced most of the traders to opt for trading short on the asset.

The graph below displays a particular pattern supporting this trend. 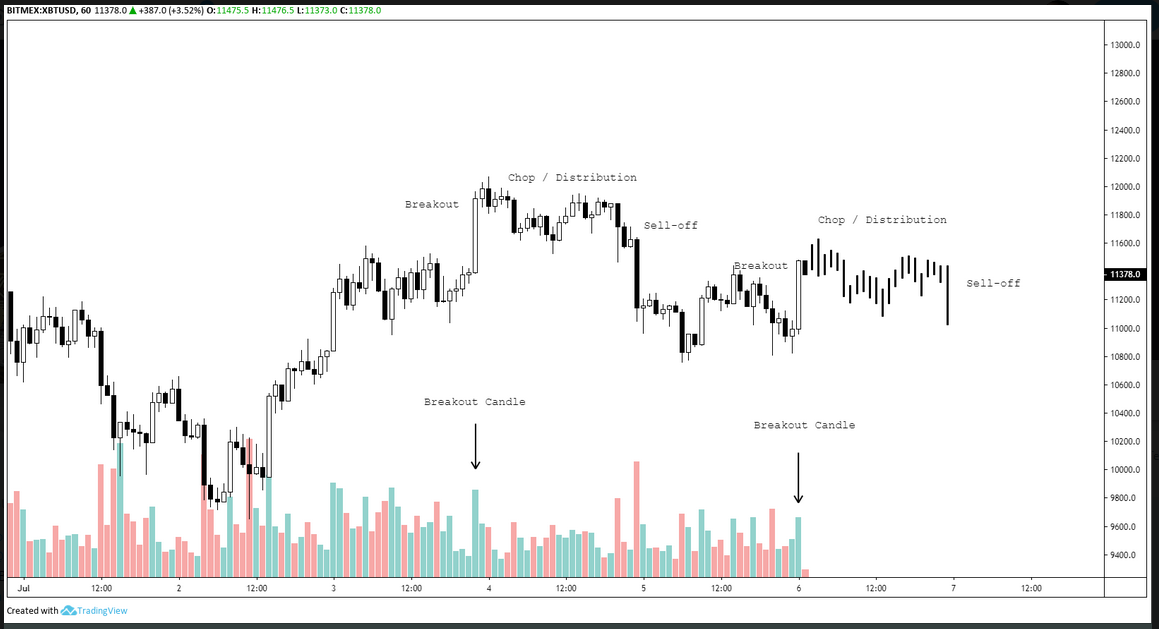 Over the past seven days, the Bitcoin market was mostly stagnant as the trend remained neutral with neither a bullish nor a bearish trend. The graph displayed a breakout candle, which indicated that the trade volume had peaked high resulting in a price surge. While the price consolidated higher for a period of 24 hours, a significant sell-period was witnessed that evidently triggered the crypto’s downfall.

At press time, a similar pattern involving a breakout candle had surfaced. This development led the community to speculate that if past patterns concurred with the current scenario, the crypto market could witness another major sell-off period.

Adding to the FUD, analysts within the crypto market had opined earlier that Bitcoin might enter a bearish phase by this time. 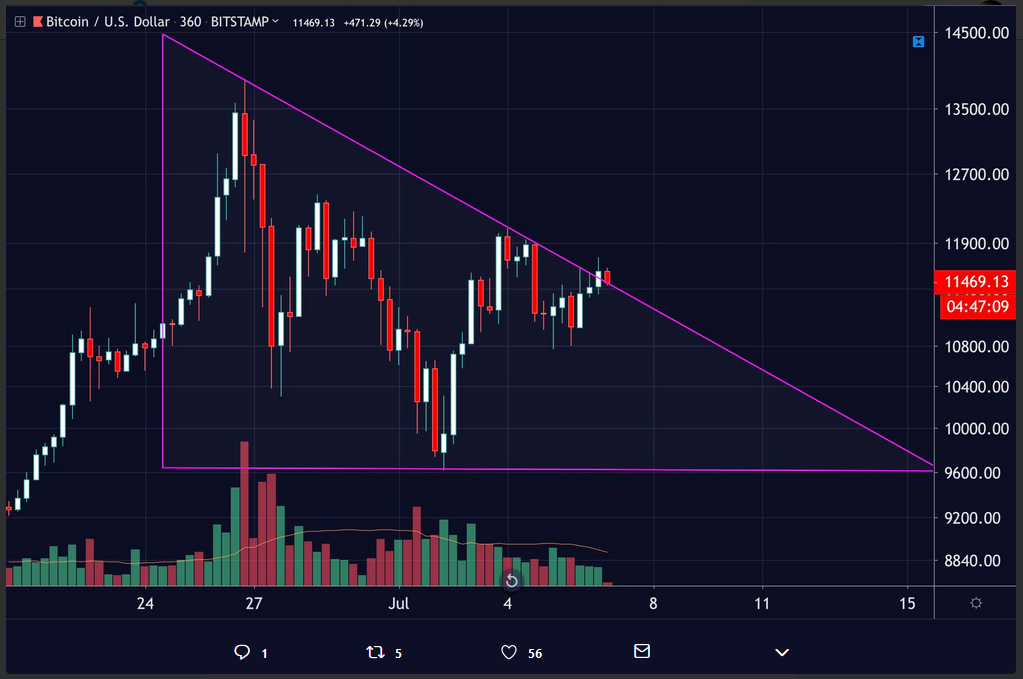 However, Twitter user Chonis Trading pointed out that Bitcoin had breached the declining resistance line at press time, which on the contrary, suggested another potential hike. The price of Bitcoin would certainly be under close observation for the next few days as traders would find it paramount to keep up with