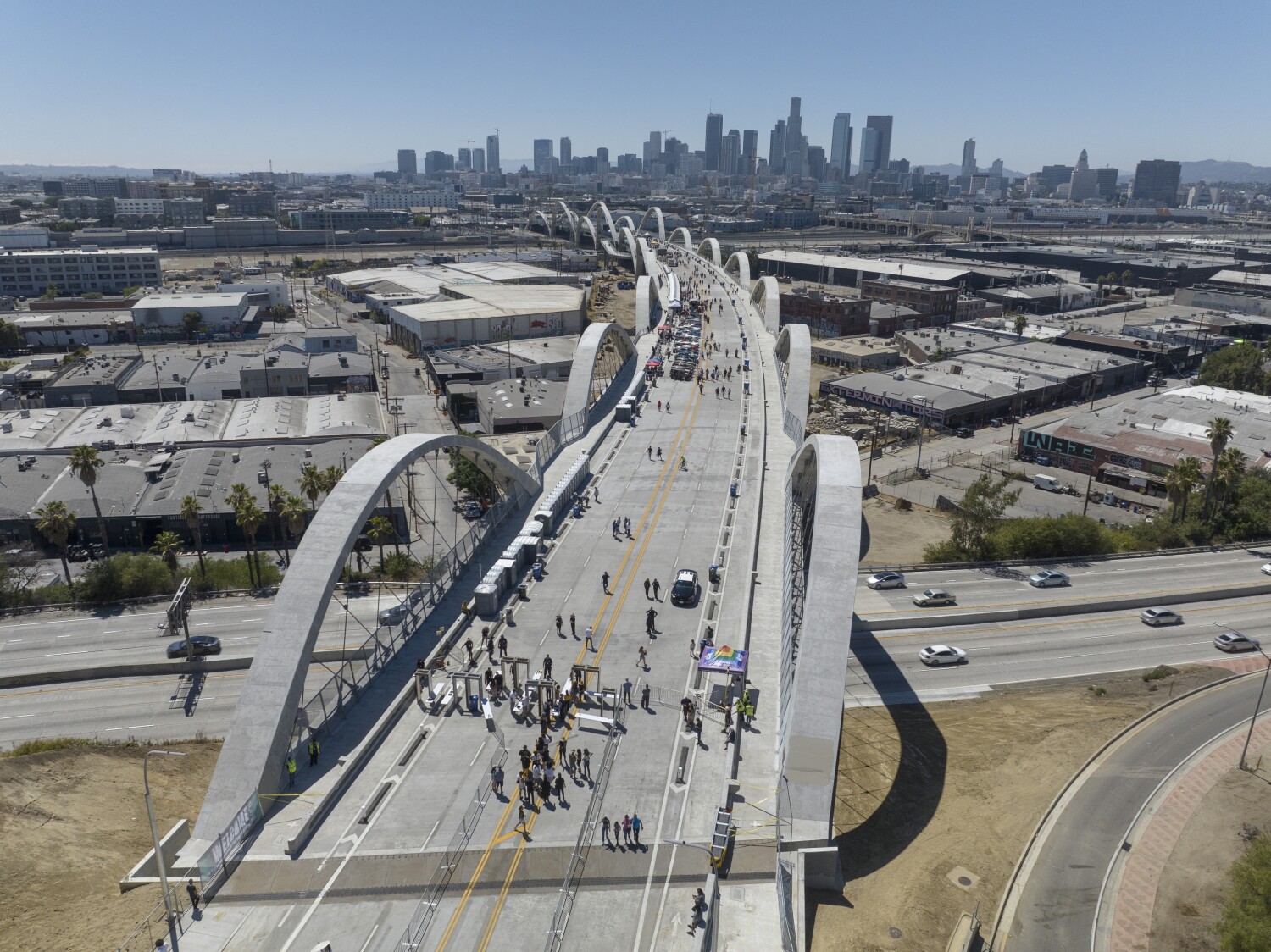 Authorities have shut down the new 6th Street Viaduct connecting downtown Los Angeles to Boyle Heights for the fourth night in the last five days.

The Los Angeles Police Department announced the closure in a tweet shortly after 9 p.m. Tuesday.

Specifics on the closure were not provided, other than “illegal activity and public safety concerns.”

Officer Drake Madison, a police spokesman, said he was not able to state the nature of the illegal activity. Staff at the LAPD’s Hollenbeck station could not be reached for comment.

A series of four videos posted to Instagram on Tuesday night showed a large group of bicyclists riding in traffic lanes before police, including a helicopter circling overhead, cleared and closed the bridge.

The Times could not confirm whether the riders were the reason for the shutdown.

The 3,500-foot bridge has been open to traffic for just two weeks, but it’s quickly become a popular spot for street takeovers, illegal racing, dangerous stunts and vandalism.

On Friday, a driver rear-ended a pickup that was illegally parked in a “no parking” zone on the bridge, leading to several people being escorted off the bridge by police. Within two hours of the bridge reopening, about 200 people gathered for a street takeover, with some spectators climbing over safety barriers trying to catch a better view from the top of the bridge’s arches.

On Saturday, the bridge was closed off again after more than 250 people gathered at the viaduct the night before for a street takeover, which ended in violence and vandalism.

On Sunday, the LAPD cited “questionable activity” in shutting down the bridge for the third consecutive night.

In a statement last week, L.A. Councilman Kevin de León, who represents downtown and parts of the Eastside, said the city is looking into adding cameras on the bridge in an attempt to identify those participating in street takeovers and other illegal activity there.