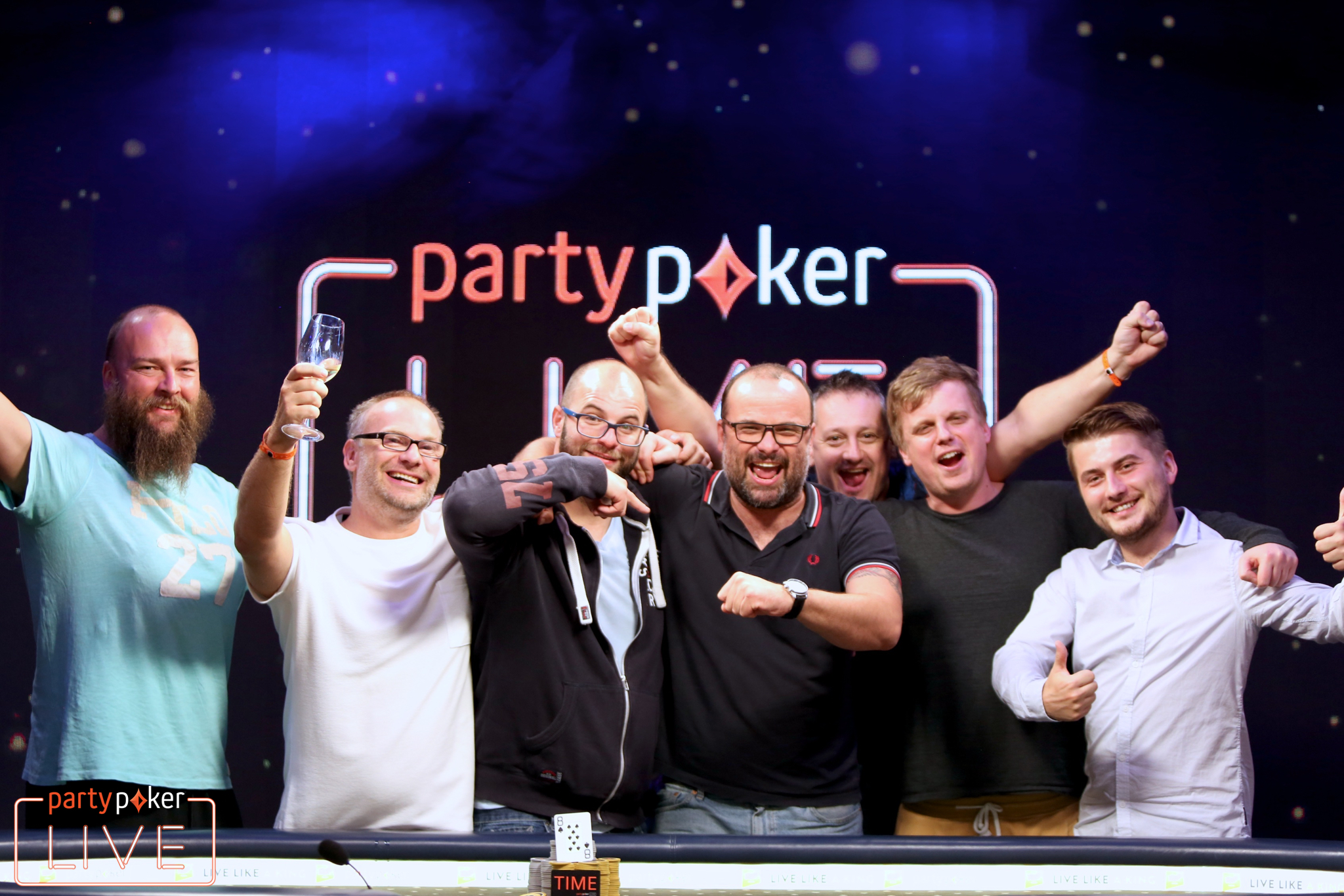 Taking its latest Live event to the Czech Republic for a series of tournaments on August 4, Partypoker concluded the festival with a €10,300/$11,300 main event.

In line with its desire to offer more value, the poker operator hosted a series of online satellites before the live action began.

Once the feeder events were over, Day 1A of the Millions Europe main event got underway on August 14. A second opening flight on August 15 pushed the final number of entrants to 504.

When the registration desks closed on August 2, Day 2 got underway with a prizepool topping €5 million/$5.5 million.

Still in contention at the start of play were some of the game’s top pro. Team Partypoker’s Bertrand Grospellier was in the hunt, as was fellow sponsored pro Dzmitry Urbanovich.

However, as Mauricio Paris bubbled in 73rd place, it was Charlie Carrel who took control. Despite a recent spat with Doug Polk, the Brit was focused on the task at hand and set the pace on Day 3.

But as 72 became eight on August 18, Zaskodny found a rush of form. With Carrel losing an early all-in confrontation on the final table, the local pro was able to seize his opportunity.

In fact, with chips in hand, the 2017 WSOP bracelet winner was able to take a backseat as his biggest threats fell by the wayside.

Following Ratislav Paleta to the rail in seventh was Carrel, quickly followed by fellow Brits Roberto Romanello and Sam Grafton. Next to bite the dust and show that slow playing aces isn’t always a good idea was Severin Schleser.

After flatting Zaskodny’s pre-flop raise, the Austrian decided to play it cool until the turn. With the board showing Q♠T♥4♠8♥, Schleser moved all-in only to be met with a quick call from Zaskodny.

Tabling Q♣4♥, the Czech was in front and scooped the pot as the J♣ fell on the river.

Now down to four, Romain Lewis fell at the hands of Josef Snejberg just two minutes after Schleser had departed.

Heads-up, the stack-to-blinds ratio was low, prompting the two local players to strike up a deal. Chip leader Zaskodny secured $890,367, while Snejberg banked $792,674.

Even with money in the bank and shallow stacks, the $110,365 set aside for the winner was enough to extend play for another hour. Eventually, however, Zaskodny sealed the deal.

Moving all-in with pocket tens, Zaskodny was in a strong position after Snejberg called with A♠T♦. Despite the chance of an upset, the 6♣J♣5♦5♥6♦ board brought the Partypoker Live Millions Europe main event to a sweet end for Zaskodny.

By winning the latest Partypoker Live event, Zaskodny not only delighted the home fans but secured his biggest win to date.