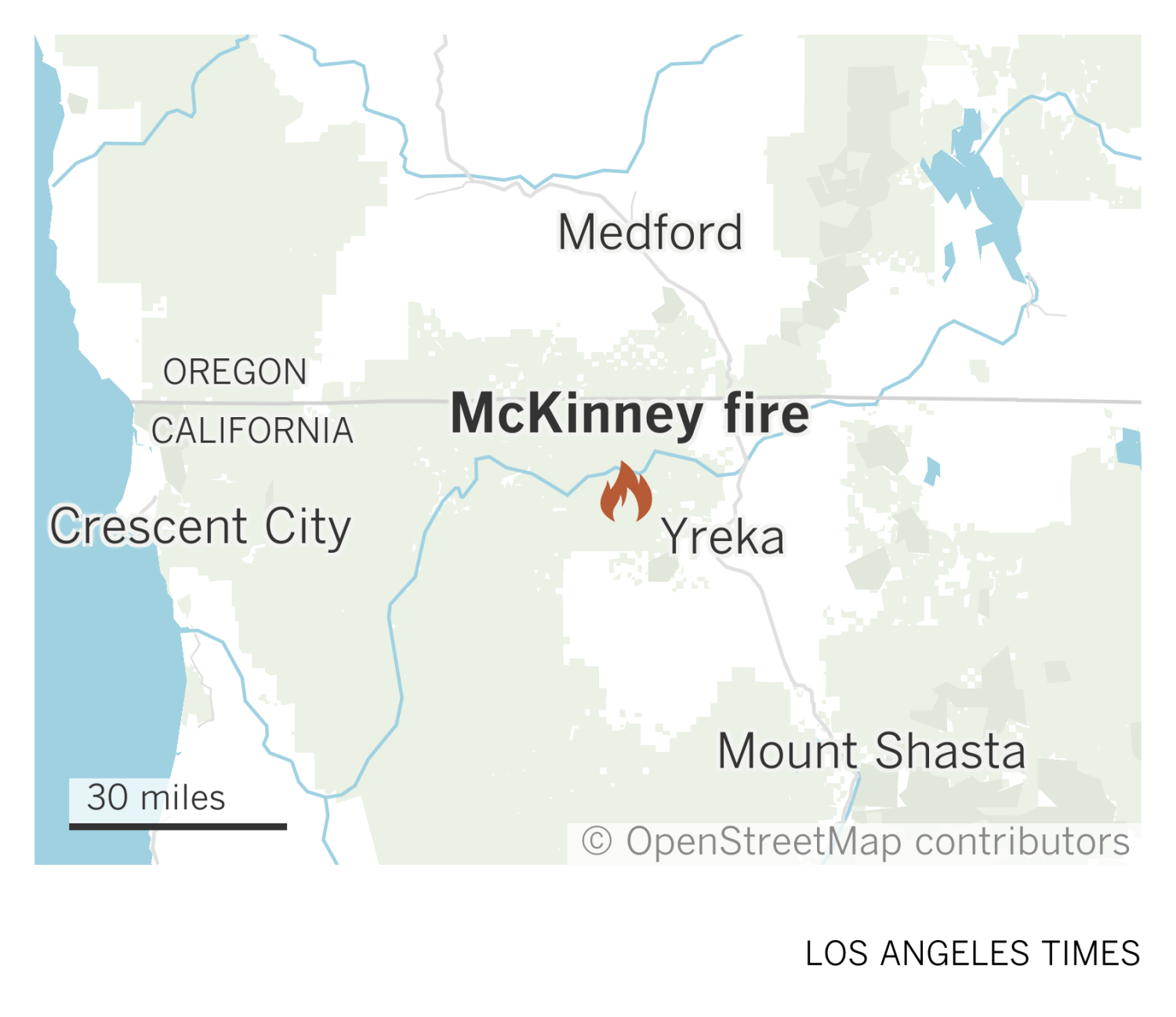 The McKinney fire started about 1½ miles west of Walker Creek Bridge, on the south side of the Klamath River, Klamath National Forest officials said in a tweet shortly before 3 p.m.

Officials believe the blaze has grown even more, but early efforts Friday were focused on fire suppression rather than mapping, said Jennifer Erickson, a forest spokesperson.

Other agencies, including the California Department of Forestry and Fire Prevention, are assisting U.S. Forest Service firefighters with “an aggressive initial attack,” Erickson said.

Air and ground resources have been deployed and more requested, although the number of firefighters assigned to the incident was not available Friday night.

Another day of extreme heat was forecast for Saturday, said Dan Weygand, a meteorologist with the National Weather Service office in Medford, Ore.

A weather station at Montague-Yreka Airport has registered three straight days of its highest temperatures on record, Weygand said.

Wednesday’s high at the weather station was 110 degrees, he said; highs on Thursday and Friday were 111.

The previous all-time high of 109 degrees was recorded June 27, 2021, he said, adding that the temperature records date to 1948. Normal highs for the area in late July are around 95 degrees.

Thunderstorms came through the region producing dry lightning, but none of the storms were recorded over the area where the fire is burning, Weygand said.

Officials don’t know whether a lightning strike sparked the blaze.

Additional thunderstorms are forecast for the area over the weekend. Though meteorologists expect some chance of rain, storms at this time of year typically don’t produce enough precipitation to prevent fires from starting.

Lead planes provide initial scouting of drop zones and direct air tankers to the drops, according to the National Interagency Fire Center.

Authorities know of structures near the fire that are threatened, but an official tally wasn’t available Friday night, Erickson said.

A map of areas affected by evacuation orders and warnings is available at community.zonehaven.com.