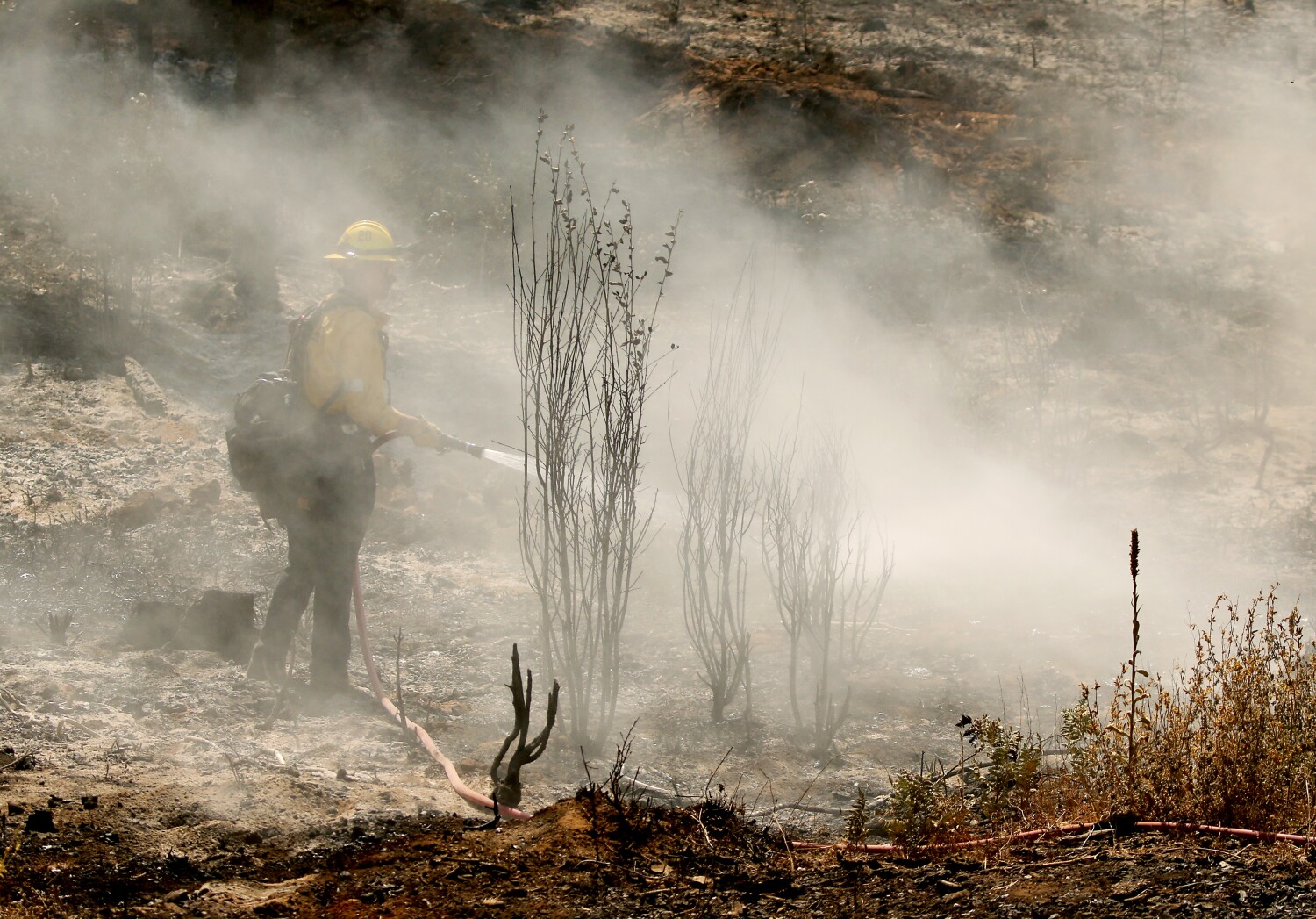 The Oak fire near Yosemite National Park grew to more than 19,156 acres overnight, but firefighters appear to be getting the upperhand on the blaze with containment now at 39%, officials said.

The fire grew by a little more than 400 acres from the day before. This is the smallest increment of growth so far for the Oak fire, which has been burning for six days, said California Department of Forestry and Fire Protection information officer David Clark.

Most of the fire activity overnight occurred on the northeastern perimeter of the fire.

“We did have a little break in the weather with lower humidity — which is good— but the temperatures are increasing so that’s playing into the increased fire behavior,” Clark said.

But firefighters hope to take advantage over how little the fire grew overnight, Clark said.

“It’s growing in a very casual and gradual way,” he said of the fire. “We do have crews in place to mitigate any hot spots. Overall, we are expecting to see containment of the fire to increase and behaviors to stay the same.”

A total of 3,758 personnel are onsite working on the fire, officials said. A total of 77 structures have been burned, six damaged and nearly 700 structures continue to be threatened.

“We have a very inaccessible, steep, rocky terrain that the fire is growing in, and we’re having helicopters fly in,” Clark said. “We have to get crews there.”

An air quality advisory has been extended through Thursday for communities in the Bay Area. Winds are expected to continue pushing smoke from the fire site into the Bay Area, according to the Bay Area Air Quality Management District.

“The smoke is expected to remain aloft but may cause hazy skies across the Bay. Good to moderate air quality is forecast through the week,” the Bay Area Air District said.

The air quality index in Mariposa County remained moderate Thursday morning. The elderly and those with health issues are advised to stay indoors.

The Oak fire began Friday afternoon near Midpines, marking the start of the state’s peak wildfire season. The fire quickly exploded in size, causing Gov. Gavin Newsom to declare a state of emergency for Mariposa County on Saturday.