Showers, thunderstorms may come to L.A. County this weekend 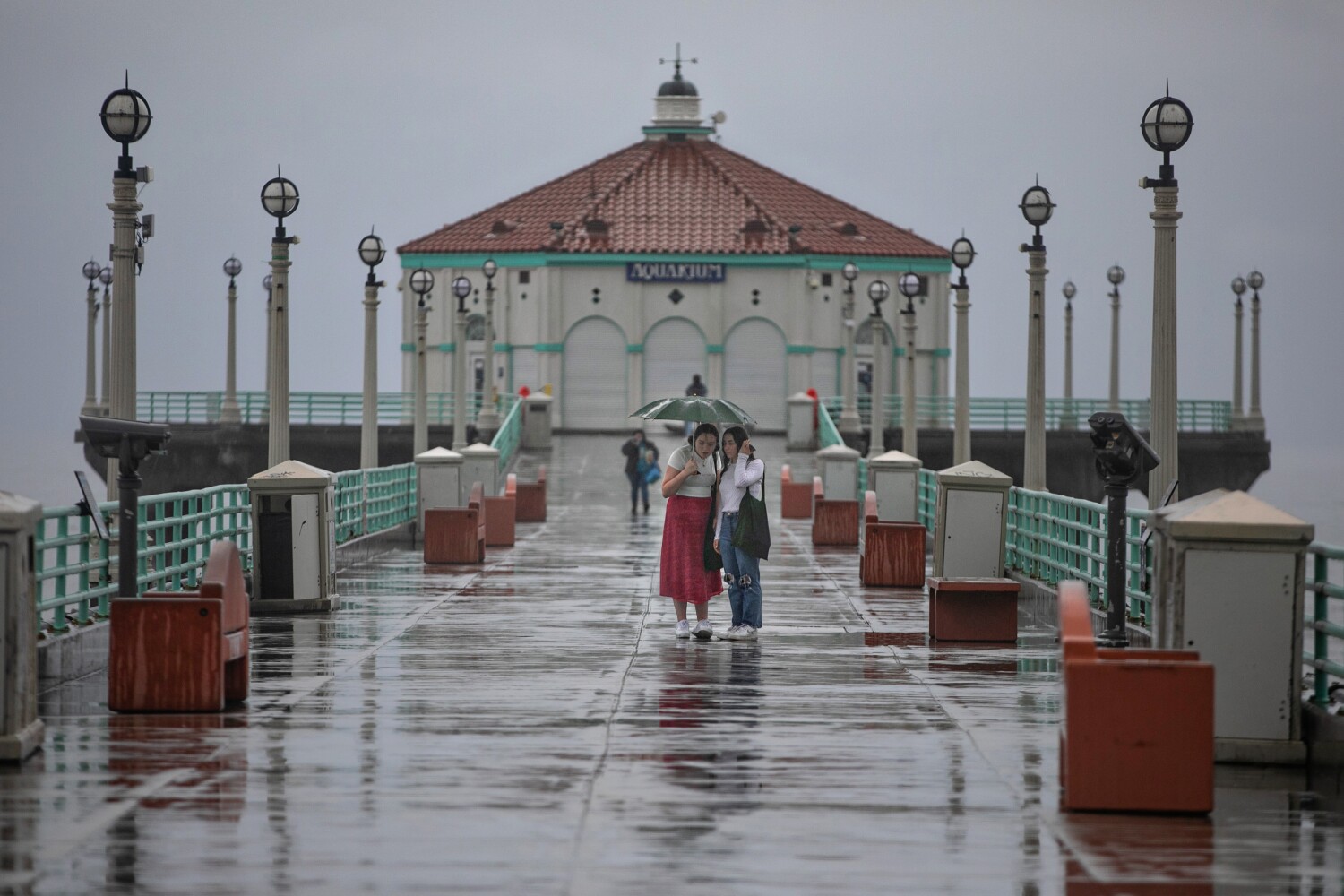 Possible showers and thunderstorms could strike across Los Angeles County starting Saturday afternoon and last through the weekend, according to the National Weather Service.

There’s a a 20% to 30% chance of showers and thunderstorms in the coastal and valley areas and up to a 50% chance in the mountains and deserts, according to David Sweet, a meteorologist with the National Weather Service in Oxnard.

That is expected to last through the weekend.

“By Monday, the showers and thunderstorms start to migrate back over the mountains and deserts again,” Sweet said.

Temperatures ranged from the high 60s to the mid-70s along the coast early Saturday. But Sweet said to expect partly cloudy skies and “temperatures probably going up into the 80s at least” throughout the region.

“Some areas won’t even get rain. Other areas will get up to a half an inch to an inch if they’re under a heavy cell,” Sweet said. “It’s extremely variable.”

There is a flash flood watch for the San Gabriel Valley and Santa Clarita Valley, “just in case one of these cells manages to dump some very heavy rain,” Sweet said.

The weather service also has a beach hazard warning out for a southerly swell starting Saturday afternoon and lasting through Wednesday afternoon, Sweet said.

“It’s a little bit of wave activity that will be coming off of Hurricane Frank,” he said.