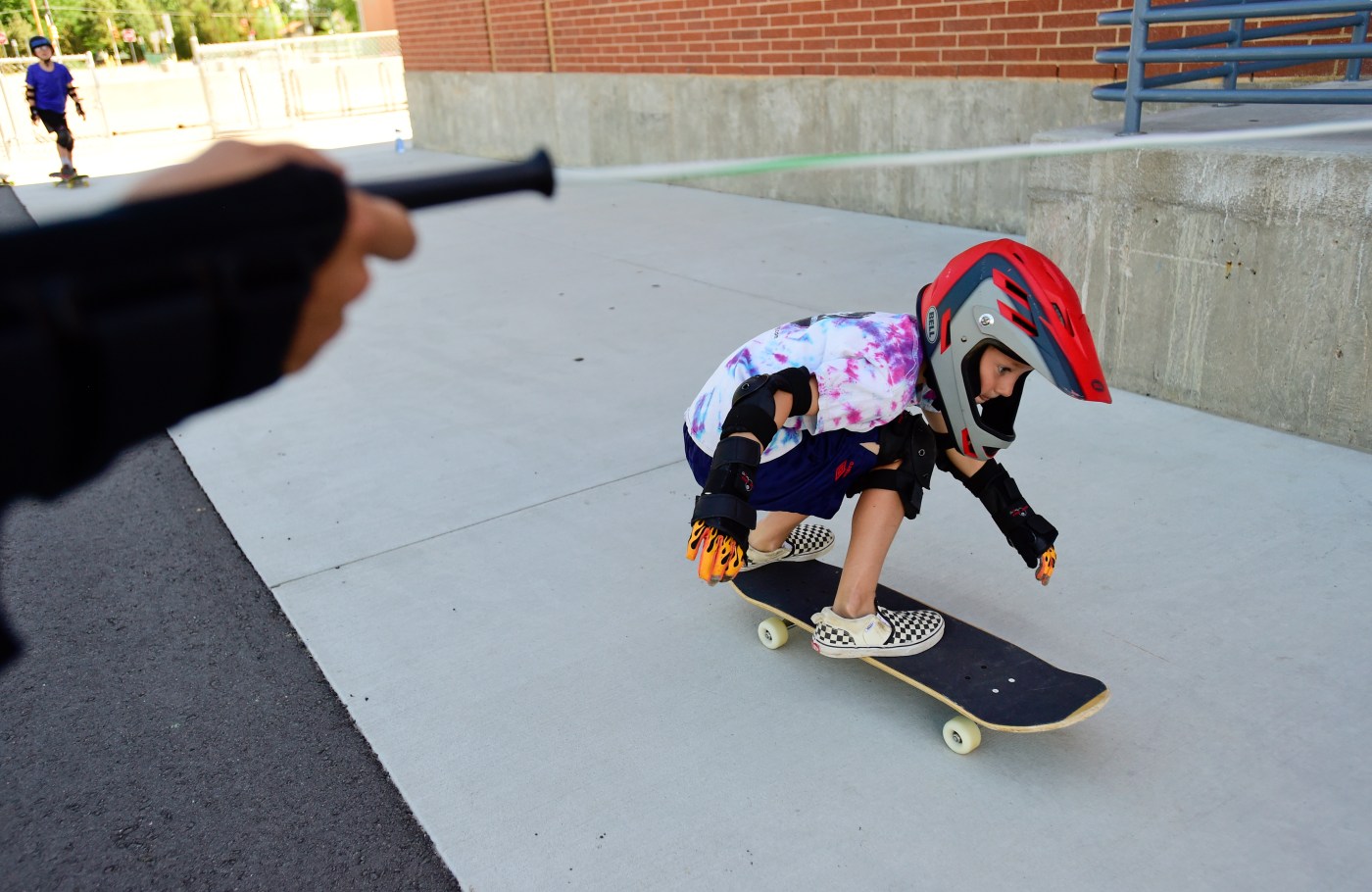 Skate Pass instructor Maddy VanCura offered a steady stream of encouragement and advice as she taught four boys the basics of skateboarding at a class last week at Boulder’s Platt Middle School.

“It’s really rewarding to see their facial expressions when they say ‘I just did a turn,’” she said. “We’re teaching kids to have fun and be safe. It’s a blast for them and me.”

Skate Pass, based in Boulder, teamed up with Boulder Valley School District’s Lifelong Learning program to offer the summer skateboarding camps at five schools in Boulder, Louisville and Erie. The weeklong camps, for ages 5 and older, go through Aug. 2. No skateboarding experience is required.

The Lifelong Learning program, which reinvests its profits in the district’s schools, is offering a variety of summer classes, ranging from coding and robotics to cooking and filmmaking to sailing and yoga, in conjunction with area businesses.

Along with P.E. curriculum, Skate Pass has offered after-school and summer programs, mainly in Aurora schools. This summer, Skate Pass expanded to provide camps in Boulder Valley and at a transitional housing site for single mothers in Denver.

“It’s a lifelong activity,” Mullen said. “After our kids take our program, they have the basics down and the safety down and can move on to the skatepark.”

At Platt, with a small group thanks to the holiday week, there was time for lots of one-on-one attention, as well as the opportunity to give students more choice in what skills to practice. All four boys had at least some prior skateboarding experience, allowing them to advance more quickly through the curriculum.

Cones in the parking lot gave them the opportunity to practice carving turns, while a length of string let them try skateboard limbo or jumping over the string and landing back on their boards.

They also used elements around the school, including stairs and even the school’s wall, to try different moves. As they pushed themselves, they fell often, but were protected by pads and were willing to “shake it off” after tumbling.

“Yes, I made it down three,” Joseph Boumansour proclaimed with a big grin as he successfully navigated three stairs for the first time. “I did it without holding the bar.”

Joseph, who will be a first grader at Creekside Elementary, said a friend got him interested in skateboarding about five months ago. At the camp, he said, the best thing he’s learned is “how to do curves.”

Dustin VanDuine, who will be a fifth grader at Foothill Elementary, said he started learning to skateboard because it’s a hobby he could share with his dad. He signed up for the camp, he added, with a goal of learning tricks.

“It’s easier to do tricks on a skateboard than on a bike,” he said. “I’ve learned a lot. I can bunny hop and ollie. It’s a really good feeling when you can do a trick.”