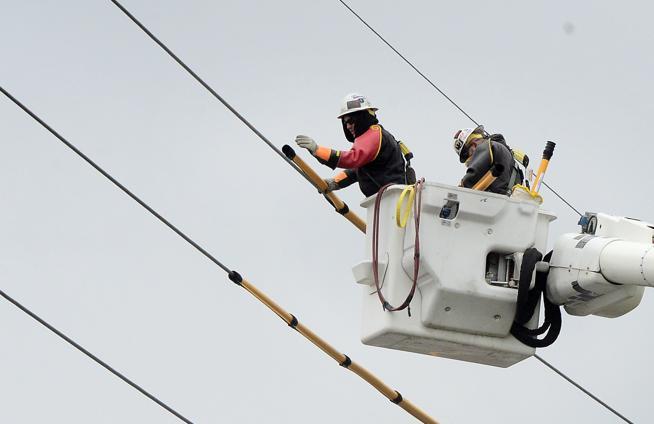 Following the testy status conference between city officials and the company’s lawyers before the state agency, which included multiple instances of finger-pointing by each side regarding the matter’s slow speed, the parties will likely be called back to the commission next month for a two-day hearing.

Pending an order expected by the end of the week setting the hearing’s scope and date, tentatively scheduled for Sept. 23-24, Boulder and Xcel will again present to the commission their stances on whether conditions in a 2017 state order that paved the city’s path forward to a municipal utility have been met.

Xcel will likely contend they have not.

Boulder feels they have, but the state commission earlier this month filed a motion in Boulder District Court calling the city’s attempted condemnation of Xcel’s assets premature, claiming the state still had more work to do on the matter before approving a transfer to the city.

“Boulder maintains the commission has an adequate record before it to immediately issue an order finding that the city has satisfied the commission’s requisite conditions and approving the identified assets for transfer,” the city stated in a filing to the agency.

But Xcel disagrees. Company filings to the commission made Monday and shared with the Camera by Boulder show Xcel is apprehensive about colocating the city’s proposed electric utility infrastructure in substations now operated by Xcel, and the possible impact on electric service to customers.

“It is the commission, and not the parties, that must determine whether any proposed colocation inside existing substations will result in safe, reliable and effective service,” Xcel filings stated. “In addition, interested stakeholders, especially IBM and Tri-State (a regional nonprofit electric utility that shares assets in an Xcel substation), must be afforded due process before the commission with respect to the impact of proposed colocation.”

IBM counsel also was present at Wednesday’s status conference because there are questions about whether Boulder, should its utility be formed, will serve the tech giant or if it should remain with Xcel.

Between April 2018 and May Boulder was billed nearly $1.4 million by Xcel, and the city paid that amount; it is on the hook to pay for some of the company’s legal costs related to the municpaliziation effort because the city is the party necessitating Xcel’s extra costs.

“In summary, with respect to assets inside substations, as discussed above, (Xcel) and the city are not in agreement regarding whether Boulder may proceed to condemnation without commission approval for the transfer of assets inside substations and have not agreed on what documents the Commission needs in order to make determinations of safety, reliability and effectiveness nor the substance of those filings,” Xcel filings stated.

Of particular interest is an asset referred to as Substation F, which has two exit feeders that interconncet directly with an IBM-owned distribution system just outside the substation, according to Xcel filings.

IBM is the only customer served by that asset.

“I have a high level of frustration that your resolution includes assets within the substation,” Commissioner Frances A. Koncilja said to Carr. “It was never my intention and I don’t see language in here that we gave you an order that you could acquire assets within the substation. That was kept for later because we were so concerned about the reliability and concerned about the state of Colorado being humiliated if IBM leaves.”

Carr alleged that further procedural delays benefit Xcel and not the city, and is worried the city’s project will die if a deal is not reached within a year. Boulder is planning to hold a go/no-go vote on the initiative in 2020, but needs costs of the Xcel purchase solidified in order to hold it.