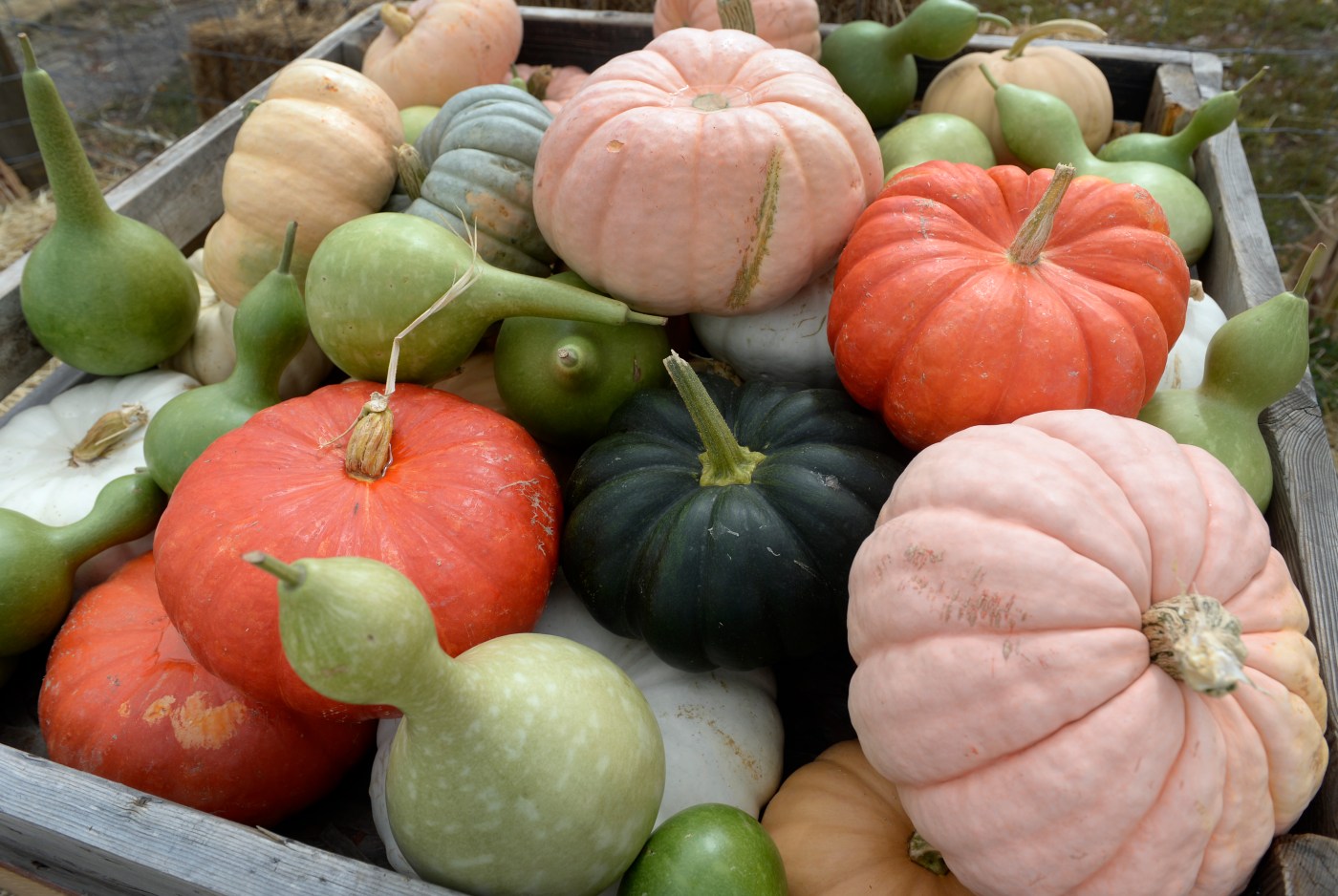 I picked up a packet of gourd seeds last spring with the thought that some of the little, colorful things would look great in my fall décor. I imagined tucking them into nooks near pumpkins, by straw bales and corn stalks, even hot gluing them onto a fall wreath. I should have stopped daydreaming and read the seed packet instead.

What these plants produced are not the 4-inch, green-yellow-white table décor. Oh, no. I knew something was different when the first one swelled into a large, bulbous swan-neck gourd. Then another did the same, and a third looks as if farmers could use it to store grain.

But the biggest surprise came when I was nosing through the vines to glimpse a true giant amid the gourds: a snake gourd, easily 3 feet in length, curled against the side of the raised bed. It looked like its namesake — a snake — and I confess I jumped and backpedaled before I realized what it was: the plant version of a mammoth tusk.

I have no idea what I’ll do with it, but I’ll dry it to see what it inspires in me.

To tell when gourds are ready for harvest, check the stems, which will be dry and brown. Unlike with winter squash, avoid using your fingernail to test the skin, as denting the shell can cause the gourd to rot over time, instead of cure.

Clip the gourds from the vine, leaving two to three inches of stem attached to the fruit. Then take them in for a bath, using warm, soapy water to remove dirt and debris. After washing, gently dab the gourd dry, then apply rubbing alcohol over the skin to kill off any bacteria or fungi.

Curing the snake gourd is different from the others, which dry on sheets of newspaper in a warm, dry room.  Leave enough room between the gourds for good air circulation, and turn them every day to ensure all sides dry at the same pace. Change damp newspaper with dry sheets to wick away moisture, and in about a week the gourds should be ready. Watch them closely for signs of decay, mold, or soft spots, discarding those in favor of the unblemished gourds.

Since snake gourds are soft-walled, they need to be washed and placed on paper in a dark, warm room for several months to dry fully. This is where the instructions start to concern me. I’m told to put this snake-like object in a dark room, go in once per day to turn it, and never, ever let it touch another gourd during this process.

What will it do, eat them? Reproduce? I don’t walk up to snakes in broad daylight, much less enter a dark room to roll one. I’ll have my spouse do it.

The interior part of the Lagenaria gourds, like the swan-necked ones I grew, the fruit takes longer to fully harden. Once the surface dries, wipe it down with alcohol or a household disinfectant, then place it back on the newspaper in a warm, dark, dry place for four weeks. Scrape the dried skin from the gourd using a light sandpaper or small, sharp knife. Alternately, some gourd craftsmen use a technique called “green cleaning,” where the skin of the gourd is scraped off just after harvesting with a paring knife. After the skin is removed, the gourd is hung to dry.