Two Boulder pizza shops close down, fate of another is hazy

Previous Next
Two Boulder pizza shops close down, fate of another is hazy 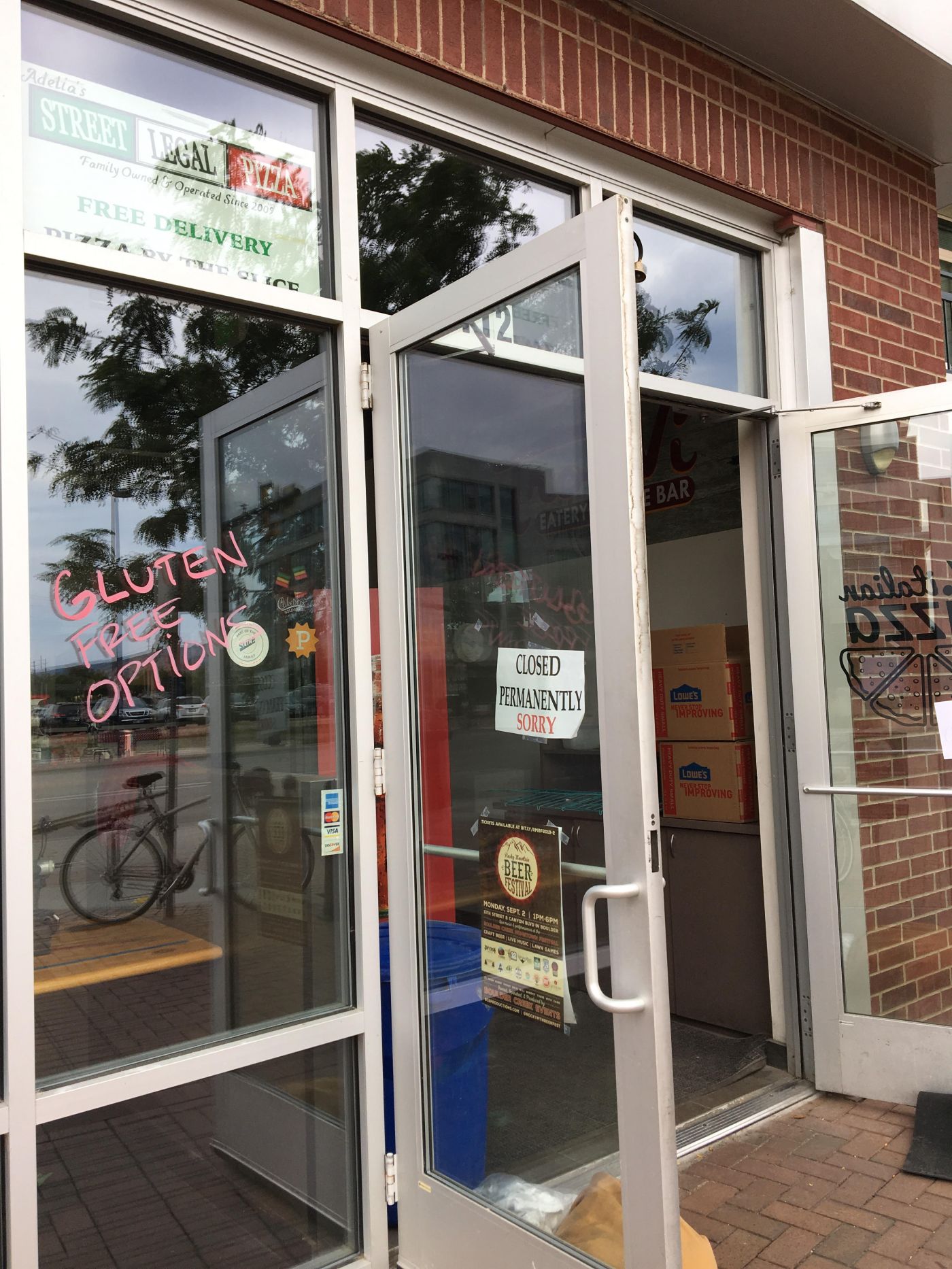 Two Boulder pizza shops — 1000 Degrees Neapolitan Pizzeria and Adelia’s Street Legal Pizza — recently shut down without fanfare, and one, PizzaRev, has a note on the door saying “Closed Until Further Notice! Sorry For Inconvenience!.”

Someone with twitter handle pug posted a picture of that note at PizzaRev on 28th Street triggering a social media discussion about the fate of the store. The pizza chain’s website doesn’t show any Colorado locations. Attempts to reach the company were unsuccessful.

The Boulder PizzaRev was the first in Colorado and was opened in summer 2015 by Randy Chilton, who a year later opened another PizzaRev at 520 W. South Boulder Road in Lafayette. In November both PizzaRev locations were acquired by Mark Venditto, who operates the Fort Collins franchise. The Lafayette PizzaRev has since shut down.

A note on the window another business, 1000 Degrees Neapolitan Pizzeria, 1310 College Ave. announced “Turn Key Business For Sale.” A call to the number listed on the note was not returned.

For Adelia’s Street Legal Pizza, Saturday was the last day of business at 3060 Pearl Parkway. Owner Darryl Dailey blamed the closure on high rent and operational costs including labor.

Dailey, who owned the business for three years, said, “I’m too far in debt. I can’t take it anymore.”

Competition from other pizza stores didn’t kill his business, he said. Rent did, he added. It took away jobs from his employees numbering six to 15 at different times.

Parking was another issue that affected his business, Dailey said. In September 2016 when he signed the lease for the 1,800-square-foot shop, he said he was assured new apartments would soon go up opposite his business. That never happened and the vacant plot ended up serving as parking lot for Google, he said.

He plans to look for a smaller store somewhere else, or to have a food truck.

“A food truck is more efficient and has lower overheads,” he said.

The cost of doing business in Boulder continues to grow, he said. That’s perhaps why pizza stores are having a hard time, he said.