The flash crash on 24 September impacted the entire cryptocurrency industry. Bitcoin registered a drop of over 18 percent, while Ethereum fell by as much as 24 percent. The third-largest cryptocurrency in the market faced a similar fate and failed to escape the bearish assault. At press time, XRP was steadily recovering after the decline, but the recent pattern suggested that bears were far from gone from the market. 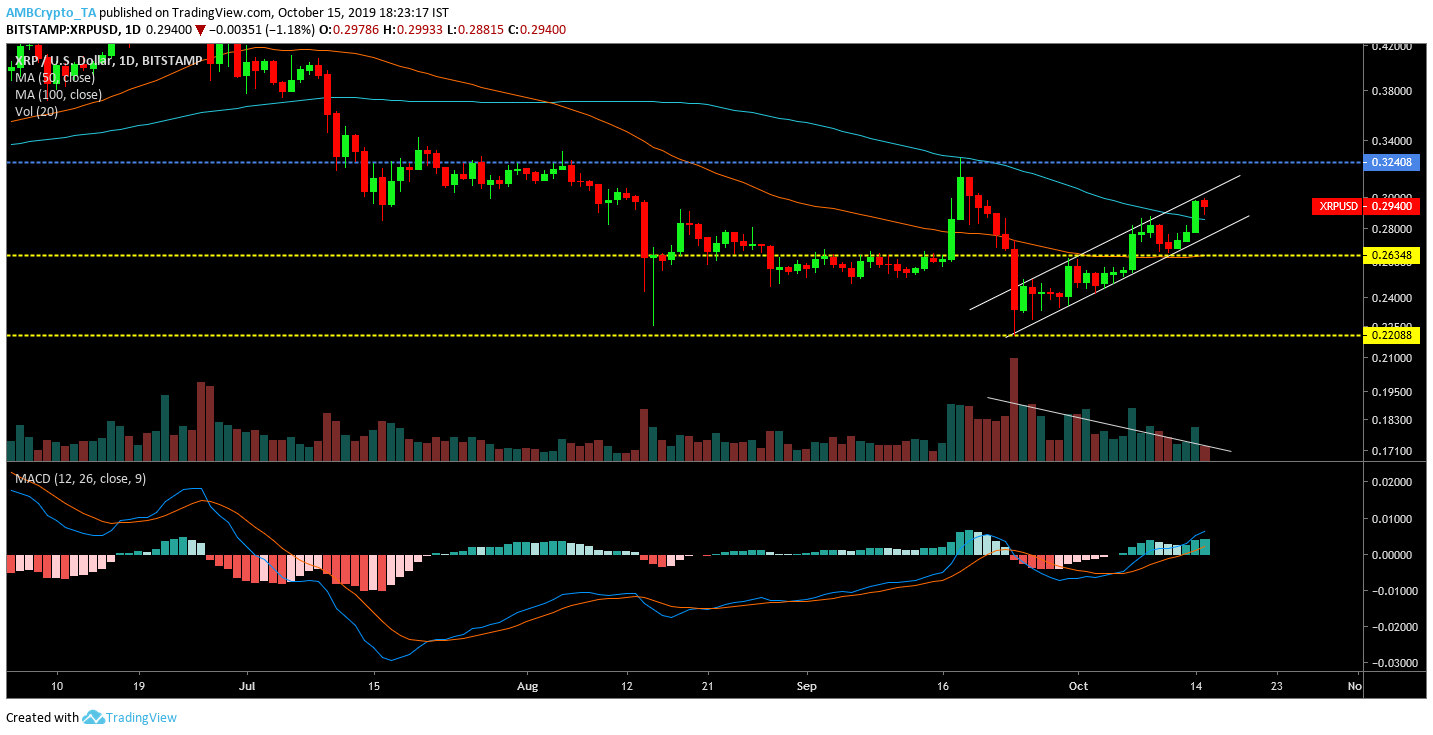 The 1-day chart for XRP exhibited consistent growth after the fall. However, the price movement of the asset led to the formation of an ascending channel. The lower trend line registered a couple of higher highs and the valuation navigated within this pattern. The decreasing trade volume was also noticed, something which confirmed the bearish diversion. An imminent bearish break would see the token re-test the newly lined support at $0.220. A further breach of the same would lay the path for a yearly-low for XRP.

The MACD highlighted the current bullish nature of the market, but the signal line was converging, indicating an approaching trend reversal. 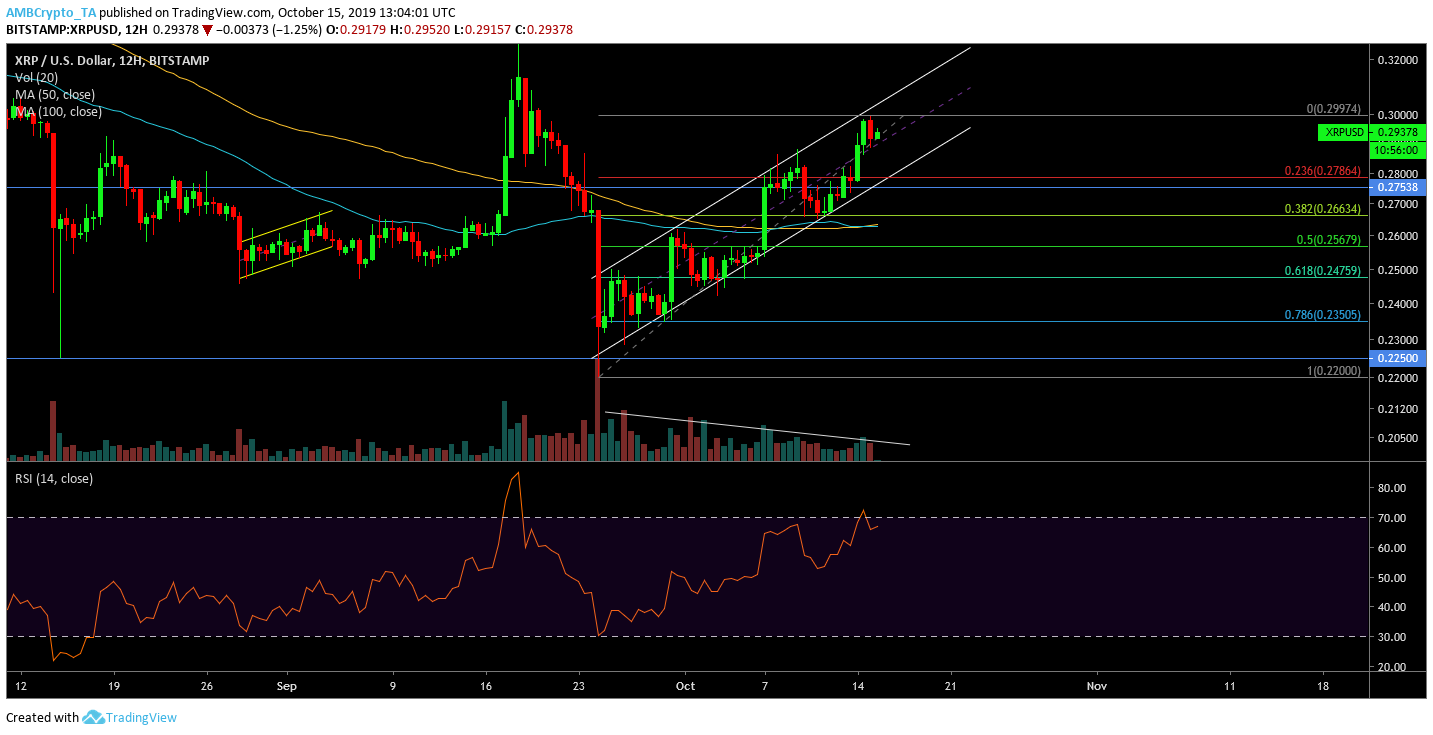 Bearing similarities with the 1-day chart, the 12-hour projections suggested that the 50 Moving Average had completed a bearish crossover with the 100 Moving Average. However, the momentum swung both sides. Decreasing volume was witnessed and the immediate resistance was lined out by Fibonacci Retracement lines. The bearish pullback would receive support at $0.278 and $0.266 immediately. A higher degree of momentum could see another massive devaluation for the coin.

A major bearish pattern was observed in the Relative Strength Index. XRP was near the overbought section at press time, exhibiting high investors’ interest. However previously, after breaching the 70-line marker, XRP walked into the crash of 24 September. The possibility of something similar is on the cards and the next few weeks are crucial for the digital token.